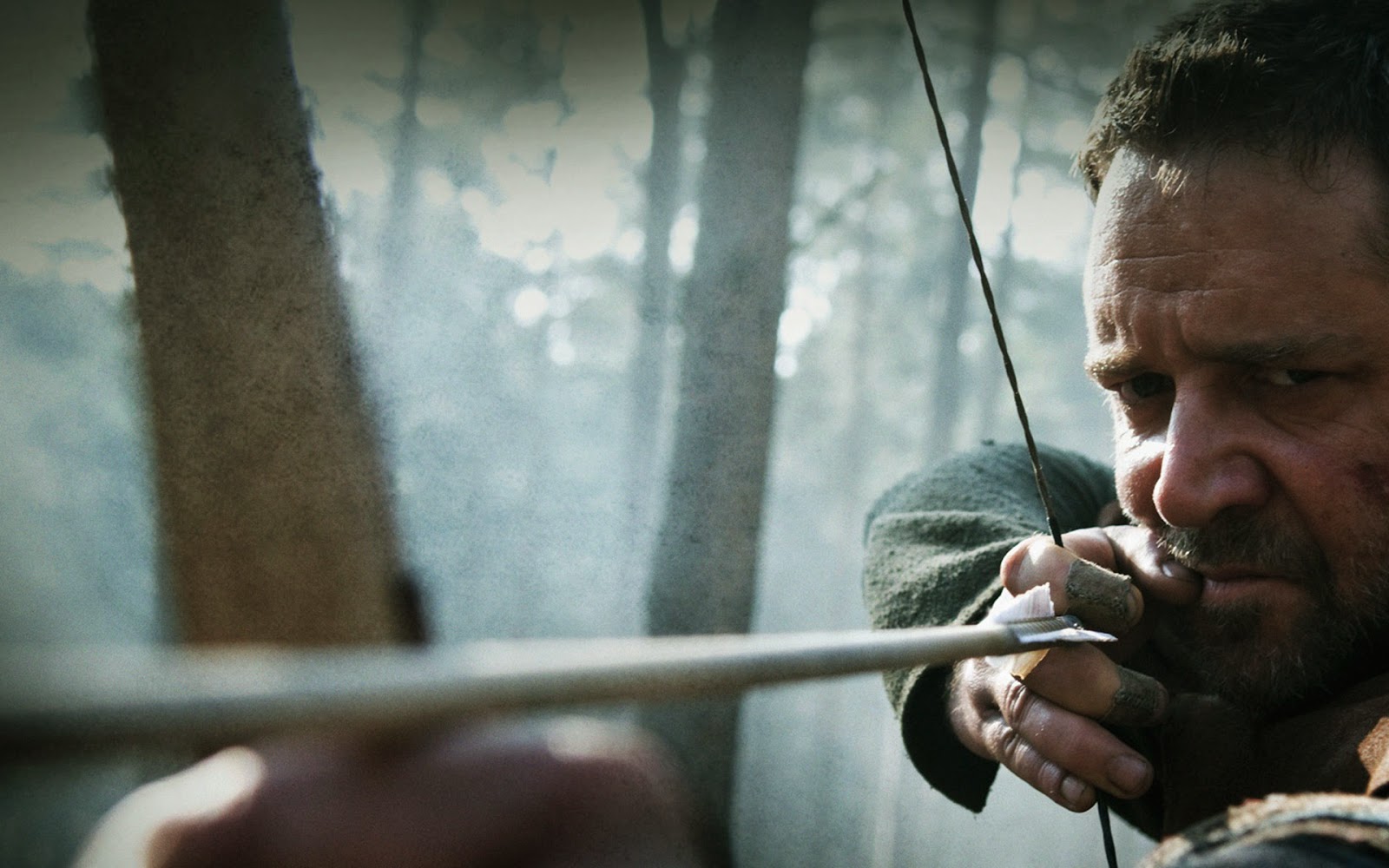 Ridley Scott's 2010 adaptation of the Robin Hood story is much better than I'd expected given both the critical reaction at the time and my usual responses to Scott's historical epics. Expecting a repeat of Gladiator's obstinately counter-factual approach to Roman history, I was pleasantly surprised to find a much strong sense of the actuality of life in medieval England here (I watched the Director's Cut version on the Blu-Ray). Sure, the film makes no mention of the cultural divide between the Normans and the Anglo-Saxons that is at the heart of a lot of the conflict between the ruling Plantagenets and the local nobility that was still in the process of working itself out in the late 12th Century (it would be another hundred years or so before a King of England spoke English as his first language, IIRC), but still, locating the Robin Hood story a bit later in time than is traditional, to the reign of John proper as opposed to the middle of Richard's, is a strike of genius, tying the legend together with the complex mass of politics surrounding the Magna Carta. There are hints of ethnic or at least cultural difference between rulers and ruled, as Will Scarlet is identified as Welsh (and therefore Celtic) and Cate Blanchett's Marion is a paragon of the strong Anglo-Saxon woman, of a type uniquely prevalent in the Kingdom of Mercia, of which Nottinghamshire was a part, as near as my geographic skills can tell. The haunting images of the orphaned children of Sherwood forest even recall stories of black magic practiced by the Celts encountered by the first Roman invaders on the island. 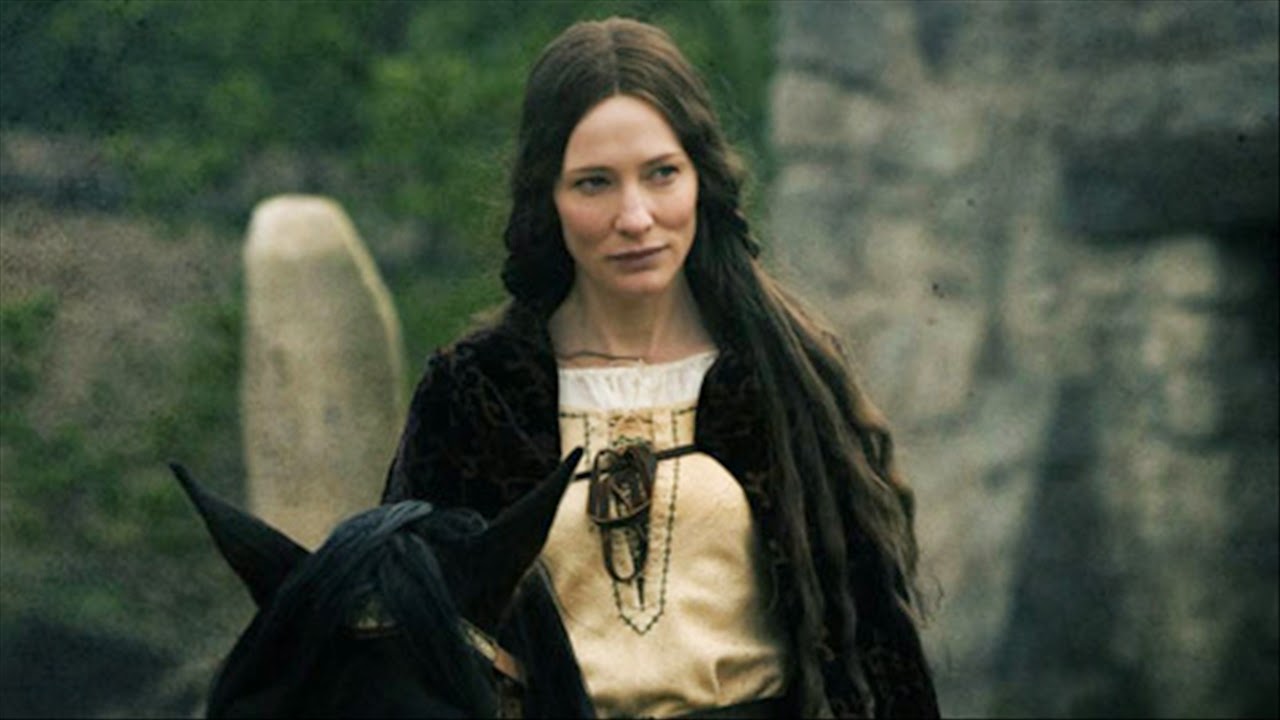 The other major twist to the legend is that our hero is no longer a petty nobleman, but an orphan who has forgotten his past who takes on the role of a Baron for various complicated but not really important reasons. Thus is Robin Hood doubly turned into a mirage: he's a mask that Russell Crowe's Robin Longstride adopts twice over: first a model of the chivalrous knight and beneficent lord, then as the paragon of democratic values and the communitarian ideal. Both images are false, but nonetheless necessary to the political causes they represent. Crowe's character is a chameleon, adopting the ideal form of whatever world he finds himself in: warrior archer, petty nobility, political revolutionary. This conception of the character requires some plausibility stretching at times throughout the film, but all in service of a good cause (the quick turn of Léa Seydoux's Isabella for example, or the ease with which the English troops turn to Robin as savior, both before and after the final battle, in direct insult to John).

Unfortunately, much of what is of interest in the film dissolves in the final act, replaced by Scott's worst instincts as a director of action. The reasonably-coherent and sensible action scenes interspersed throughout the film are replaced by a full-scale battle, a swirl of mud-brown and grey with the kind of shoddy camerawork and random editing we've come to take as normal from 21st century Hollywood. The logistics of the battle are increasingly absurd. First, the unified English army marches from Barnsdale to Dungeness in two days, in order to meet the invading French. That's a journey of 173 miles, which, while it only would take a couple of hours today (Google Maps tells me its 3 hours and 10 minutes on the M11) is unlikely to have been traversed in less than a week, maybe four days at top speed for an entirely mounted small medieval army moving through their own terrain with no baggage train (50 miles per day). There's no reason for the timeline to be given as two days, it's a pointless throw-away bit of movie silliness. Similarly, the less said about Marion dressing in full armor to lead a group of children into battle against a professional army, and then taking on the biggest villain of the film in single combat, the better. It's silly, but not in the fun way of Friar Tuck attacking the French with bees or Little John picking up chicks ("I'm proportionate!"), but in the depressing this-is-what-we-take-as-normal-in-Hollywood action-filmmaking sense. As Ridley Scott's idea of realism gives, so it takes away.