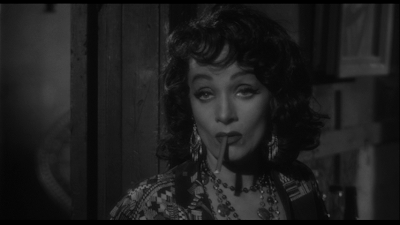 It's been years since I answered one of Dennis Cozzalio's quizzes at Sergio Leone and the Infield Fly Rule, but here we go with Miss Jean Brodie’s Modestly Magnificent, Matriarchally Manipulative Springtime-for-Mussolini Movie Quiz:

1)     The classic movie moment everyone loves except me is:

It's only 15 years old, but I think it might be considered a classic already, so I'll go with the Normandy Beach sequence from Saving Private Ryan. Give me the recreations of the same events in The Big Red One or The Longest Day instead.
2)     Favorite line of dialogue from a film noir

"He was some kind of a man. What does it matter what you say about people?" - Tanya in Touch of Evil
3)     Second favorite Hal Ashby film

The Last Detail
4)      Describe the moment when you first realized movies were directed as opposed to simply pieced together anonymously.

I think when I learned that Raiders of the Lost Ark and ET were made by the same person.
5)     Favorite film book

Truffaut's The Films in My Life was the first real film book I ever read, so it occupies a special place, and there are so many books I love by Sarris, Rosenbaum, Wood, Richie, Bordwell, Haskell, Naremore, and so on. But for favorite, I'll have to go with James Harvey and Movie Love in the Fifties.

6)     Diana Sands or Vonetta McGee?
Vonetta McGee was in Shaft in Africa. Case closed.
7)     Most egregious gap in your viewing of films made in the past 10 years

I've only seen one Steven Soderberg film since 2001's Ocean's Eleven remake (which was Che).
8)     Favorite line of dialogue from a comedy

Richard Burton never had the good fortune to star in a Powell & Pressburger film. 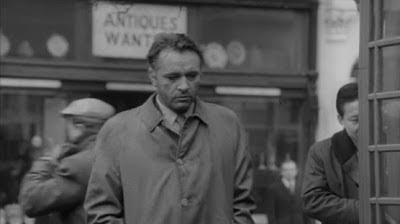 11)   Is there a movie you staunchly refuse to consider seeing? If so, why?

Not really. There's plenty I'd refuse to watch, but I'd consider anything.
12)   Favorite filmmaker collaboration

Eva Mendes in Holy Motors is greater than anything Raquel Welch has ever done (at least as far as I know). And she was also in Bad Lieutenant: Port of Call New Orleans.
17)   Favorite religious satire

Life of Brian is the obvious choice, but I'm going with Guru Dutt's Pyaasa, about an obscure writer who becomes a cult phenomenon after he's reported dead Upon returning and seeing how lame followers are, rejects them all to wander the earth with the cute hooker who loves him.
18)   Best Internet movie argument? (question contributed by Tom Block)

All the arguments for The New World and Miami Vice on The House Next Door many years ago.
19)   Most pointless Internet movie argument? (question contributed by Tom Block)

Most of them, probably. But every time the argument over aspect ratios for late 50s movies comes up, my eyes glaze over.
20)   Charles McGraw or Robert Ryan?

Robert Ryan is one of my favorites. I've seen a number of Charles McGraw films, but still had to look him up. 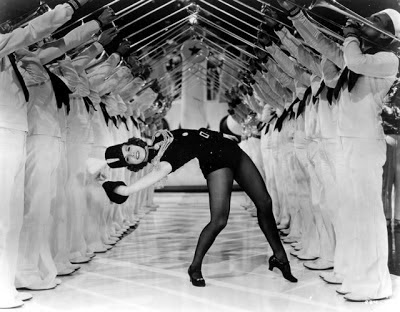 21)   Favorite line of dialogue from a western

"You know what? If I was you, I'd go down there and give those boys a drink. Can't imagine how happy it makes a man to see a woman like you. Just to look at her. And if one of them should pat your behind, just make believe it's nothing. They earned it." - Cheyenne in Once Upon a Time in the West
22)   Second favorite Roy Del Ruth film

Johnnie To. If he's not obscure enough, then Liu Jiayin, whose Oxhide II is one of the best films of the past 10 years.
24)   Ewan McGregor or Gerard Butler?

Big fan of Ewan McGregor. Not a fan of Gerard Butler.
25)   Is there such a thing as a perfect movie?

Oh yeah. There are tons of them.
26)   Favorite movie location you’ve most recently had the occasion to actually visit

I have no idea. Probably some random street in Seattle or Vancouver.
27)   Second favorite Delmer Daves film

Never Let Me Go
28)   Name the one DVD commentary you wish you could hear that, for whatever reason, doesn't actually exist

We only got about 10 years worth of great films out of Buster Keaton and Josef von Sternberg, and that should be enough, but I want more.

31)   Is there a movie-based disagreement serious enough that it might cause you to reevaluate the  basis of a romantic relationship or a friendship? 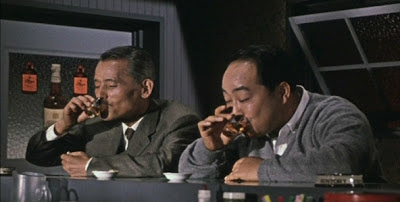 Posted by Sean Gilman at 3:27 PM No comments: 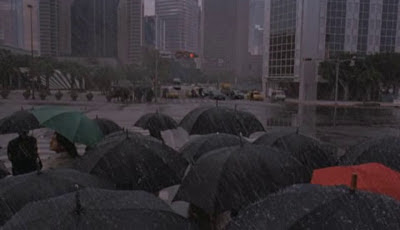 This week I wrote a thing on auteurism and created a bunch of They Shot Pictures-related lists in Letterboxd, ones for the directors we've discussed thus far (Josef von Sternberg, Yasujiro Ozu, Hou Hsiao-hsien and Mikio Naruse) as well as ones for upcoming episodes (Johnnie To, Akira Kurosawa, John Ford, FW Murnau). I'll keep these updated as I watch more films from these directors. The Johnnie To list has been in a constant state of flux as I watch more and more of his movies, which inevitably leads to re-evaluation of the previously seen ones (that's auteurism at work).

Here are the movies I watched and rewatched this week and where they place on my year-by-year rankings. (Yes, they are all Johnnie To movies). I've linked to my full review of The Big Heat, the rest are linked to shorter reviews I wrote for each movie at Letterboxd.