Fewer movies from this year than last, but higher quality, as I'd say only the last few are really bad. 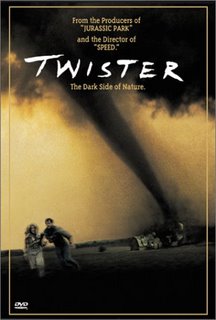 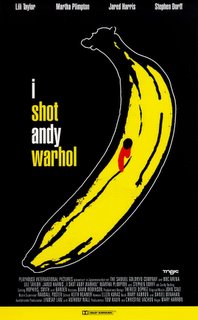 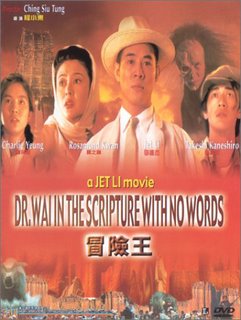 15. Happy Gilmore - Adam Sandler's best comedy. It doesn't stand up with the classics made by the former SNL stars of the 70s (Stripes, Animal House, Ghostbusters, Trading Places, Caddyshack, etc) or Sandler's SNL co-regular Mike Myers. But It's a heck of a lot better than the works of later SNL guys like Chris Kattan or Jimmy Fallon. I like him better than Will Farrell too.

14. Bottle Rocket - Wes Anderson's first film is a little gem about a couple of guys, one of whom decides they need to become big-time thieves. Luke and Owen Wilson play the two guys, Luke is the wacky dumb guy with the scheme, Owen is the prozac'd guy drifting through life and falling in live with hotel maids. It's a very charming and fun movie that I really do need to see again.

13. Mission: Impossible - One of the few Brian DePalma movies I like is this high concept action movie. Tom Cruise heads a stellar cast in an adaptation of the 70s TV series. There was much talk at the time of the plot being confusing, though I can't say I ever had a problem understanding it. Essentially just three long action sequences with some perfunctory characterization thrown in to change things up a bit. Stars Jon Voight, Ving Rhames, Emmanuelle Béart, Jean Reno, Vanessa Redgrave, Dale Dye, Kristen Scott Thomas, and Emilio Estavez.

12. When We Were Kings - This documentary about the fight between Muhammed Ali and George Foreman in Zaire, the "Rumble In The Jungle". It's not only great as an examination of the fight, one of the most famous in history, but as a study of Ali himself, one of the most important, and fascinating, athletes of the century. It's got some interesting talking head commentary by George Plimpton and Norman Mailer, who were there. 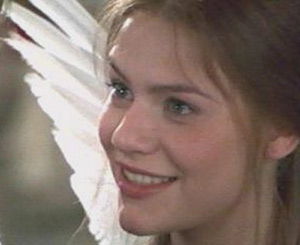 11. Romeo + Juliet - I told you I was a big Baz Luhrmann fan. This is another modernized Shakespeare film that works really well, translated the play into the context of what seems like a Scarface-esque Miami. Claire Danes, a big favorite in my house, is pretty good as Juliet and Leonardo DiCaprio, still in the stage where everyone thought he was a good actor but about to become the favorite of every junior high school girl (and therefore a terrible actor in the film snob community), is very good as Romeo. All the actors are big and overthetop, which is, of course, the point. Paul Sorvino, John Leguizamo, Harold Perrineau, Paul Rudd, Brian Dennehy, Pete Postlethwaite, Vondie Curtis-Hall, Christina Pickles, Jamie Kennedy and M. Emmett Walsh.

10. Beautiful Girls - Minus a couple of scenes and with the elimination of Rosie O'Donnell, this would be a great movie. As it is, it's just very good. Timothy Hutton plays a piano player with commitment issues who goes back to his hometown for his high school reunion. He meets up with his friends Michael Rapaport and Matt Dillon, each of whom have relationship problems of their own, Rapaport with Martha Plimpton and Dillon with Mira Sorvino and Lauren Holly. They all try, and fail, to woo their bartender's cousin, Uma Thurman and sing a Neil Diamond song. But it's Natalie Portman steals the movie as Hutton's precocious neighbor. Similar thematically to this year's The Pallbearer, a Gen X late 20s coming of age movie, but much more successful than that film, which is really hurt by the Graduate rip-offs.

9. Scream - The best slasher movie ever is a parody of slasher movies. Written by Kevin Williamson, the guy who created Dawson's Creek and directed by Wes Craven, a very famous horror movie guy despite, as far as I can tell, not being a real fan of the genre, not ever actually having made a good movie. Like The Outlaw Josey Wales, it has a lot of fun making jokes at the conventions of it's genre while at this same time meeting all it's genre expectations. In other words, it's both funny and scary (if you think slasher movies are scary). The cast is terrific: Neve Campbell, Drew Barrymore, David Arquette, Skeet Ulrich, Matthew Lillard, Courtney Cox, Liev Schrieber, Jamie Kennedy, Henry Winkler and Rose McGowan. 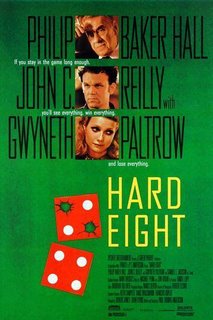 8. Hard Eight - Paul Thomas Anderson's debut film is a little film about a couple of gamblers. Phillip Baker Hall plays the old guy who takes John C. Reilly under his wing and teaches him how to survive as a professional gambler. Gwynneth Paltrow plays the cocktail waitress/hooker Reilly falls in love with. Much like Bottle Rocket, another important debut film from this year, Anderson's film is like a miniature version of the films he went on to make over the next decade: many of the same actors (Melora Walters and Philip Seymour Hoffman are also in this) and a similar style and themes. And they're both Anderson's too, I just noticed that. Weird. 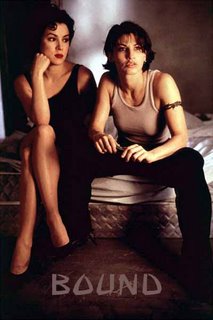 6. Bound - Unlike the other two debut films in the top 15 this year, this is nothing at all like the later films by the Wachowski Brothers, though, to be fair, they've really only been able to make Matrix movies thus far. While Bound isn't sci-fi at all, it does have a couple things in common with the Matrix movies: a certain comic book mentality (shared by, say, Robert Rodriguez or Quentin Tarantino), a unique visual style of vibrant dark color, especially blacks, and Joe Pantoliano. Bound is, essentially, a lesbian caper movie, with the romance between Gina Gershon and Jennifer Tilly in the first half hour, and the caper taking up the last hour or so. the romance isn't bad (Gershon is great and, well, Jennifer is definitely not my favorite Tilly but she's alright here), but it's the caper that makes the movie great. Bad title though. Really. Might have actually done some business theatrically if it had a better title.

5. From Dusk Til Dawn - Speaking of comic book movies, this high concept vampire/suspense thriller road movie by Rodriguez and Tarantino was a controversial one among my friends when it came out. The girls hated it because Salma Hayek dances with a snake, most of the guys hated it because the vampires were silly, the rest of the guys hated it because the first half was boring. Me, I loved all of it. The tense Clooney-Keitel-Tarantino battle of wills. The wacky vampire violence with Fred Williamson, Danny Trejo and George Romero's effects guy Tom Savini fighting alongside Juliette Lewis. Cheech Marin playing three roles. And I would never criticize anyone dancing with a snake, and certainly not Salma Hayek. Clooney is the stand-out actor here. He's got several great scenes with Harvey Keitel and Tarantino himself.

4. Big Night - The best movie about food ever stars Tony Shaloub and Stanley Tucci as immigrant brothers wwho own and operate a restaurant in the 50s. Shaloub is the genius/artist chef and Tucci's the realistic business man who just wants to make money. Their competition is Ian Holm, a sell-out to middle america who (gasp!) puts meatballs on his spaghetti. Holm convinces Tucci to throw a big party for Louis Prima (the monkey king in Disney's The Jungle Book) in order to get the word out about their restaurant. Also invited are Isabella Rosselini, Holm's wife who's sleeping with Tucci, Minnie Driver, Tucci's girlfriend, Allison Janney as a florist, and Campbell Scott as a car dealer. The movie was also directed by Scott and Tucci. A truly great little film about food as art and the conflict between assimilation and corruption. 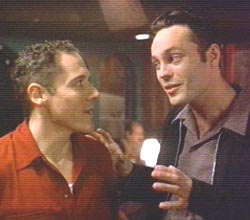 3. Swingers - The most quotable movie of the year stars Jon Favreau (who also wrote the screenplay) as an aspiring actor trying to get over his ex-girlfriend. Helping, more or less, are his friends Vince Vaughn and Ron Livingston. And eventually, Heather Graham. the brat pack/swing dance trend it caught onto and then helped fuel hasn't aged particularly well, but the movie still works thanks to the great acting and terrific characterizations. It's a low budget indie movie, and as such there are some continuity problems, but that's easily overlooked. Doug Liman's direction is fine, and not nearly as flashy as his later films (Go, The Bourne Identity, Mr. And Mrs. Smith). Vaughn's performance made him a star, and rightfully so.

2. The English Patient - There seems to be a big anti-English Patient backlash these days and I don't really get it. It was the consensus best film of the year at the time, well, it or Fargo. Ralph Fiennes and Kristen Scott Thomas and Juliette Binoche are all outstanding as the leads. Willem Dafoe and Colin Firth and Naveen Andrews are good in supporting roles. The parallel love stories (Fiennes-Thomas and Binoche-Andrews) are both realistic and romantic. It's a great looking movie with and the story has an interesting, if not as original as Roger Ebert seemed to think it was, structure, with Fiennes's story told in flashback to Binoche until it reaches the beginning point of the film. I may be a sap, but I love a good romantic melodrama and this is one of the best. 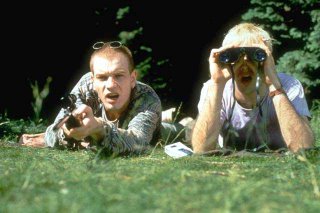 1. Trainspotting - One of the best films of the decade is Danny Boyle's second film, starring Ewan McGregor as the self-aware one of a group of lowlifes and junkies. It's very flashy and inventive visually with plenty of stylish camera tricks, recreations of famous images from other movies or album covers and a clever use of subtitles. The supporting actors are very good, especially Robert Carlyle and Kelly Macdonald, but also Jonny Lee Miller, Kevin McKidd (who's now on "Rome") and Ewen Bremner. McGregor's nopt quite totally amoral Renton is one of the great antiheroes in film history. Iv'e tried to read the book, but can't make it very far through the dialect.


A lot of Unseen movies this year, but I don't think I'm missing anything particularly good. 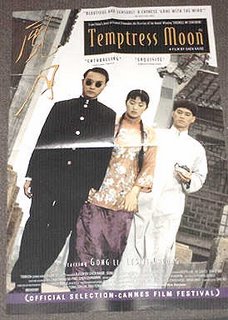 Breaking The Waves
Tin Cup
Temptress Moon
Fire
Crash
Evita
The Craft
The Nutty Professor
The Long Kiss Goodnight
The Watermelon Woman
Children Of The Revolution
White Squall
Kazaam
Stealing Beauty
Flirting With Disaster
Bio-Dome
The Arrival
2 Days In The Valley
Multiplicity
Barb Wire
The Island Of Dr. Moreau
The First Wives Club
Jingle All The Way
The Fan
Eraser
A Time To Kill
Ransom
Shall We Dance?
The Portrait Of A Lady
The Mirror Has Two Faces
James & the Giant Peach 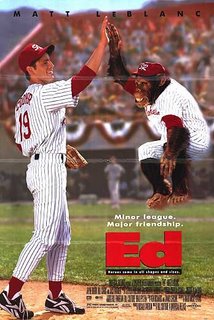