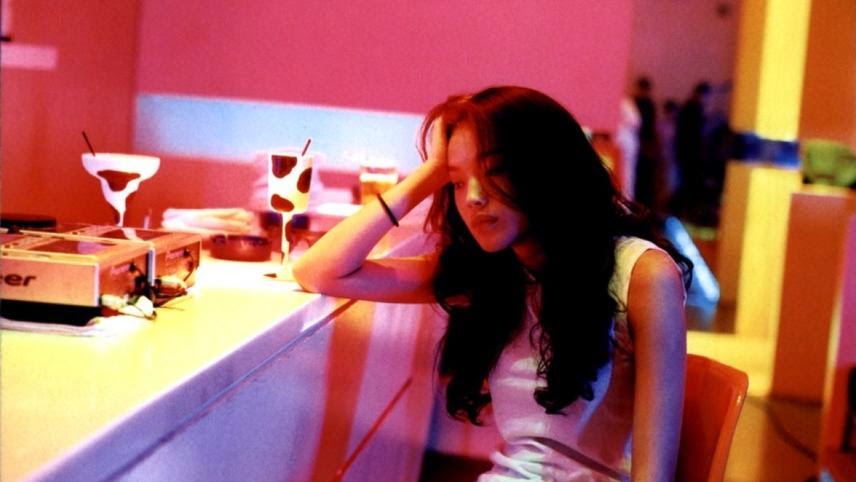 The past several weeks saw the Hou Hsiao-hsien Retrospective come and go in Seattle, and I covered it in detail over at Seattle Screen Scene (I also was lucky enough to be invited to introduce a handful of shows as well, which was fun). Over there I wrote lengthy reviews of The Boys from Fengkuei, The Time to Live, The Time to Die, Dust in the Wind, Flowers from Shanghai, Millennium Mambo and Café Lumière. I also covered the Seattle releases of Abel Ferrera's Welcome to New York, Hal Hartley's Ned Rifle and Lisandro Alonso's Jauja.

I also submitted an annotated list of Underrated 1985 Films to Rupert Pupkin Speaks. And I don't think I've mentioned it yet, but I also have a thing on my favorite Film Discoveries of 2014 over there too.

Over here at the end, I wrote about Chang Cheh's Masked Avengers, part of my Running Out of Karma series, the index for which is fully updated. I'm closing in on 200 Chinese language films seen as part of the series, which is surely some kind of a milestone. Especially since I still pretty much hate the series's title. My other indices are up-to-date as well: the Review Index as well as the Index of Essays and Podcasts.

These are the movies I've watched and rewatched over the last few weeks, and where they place on my year-by-year rankings.