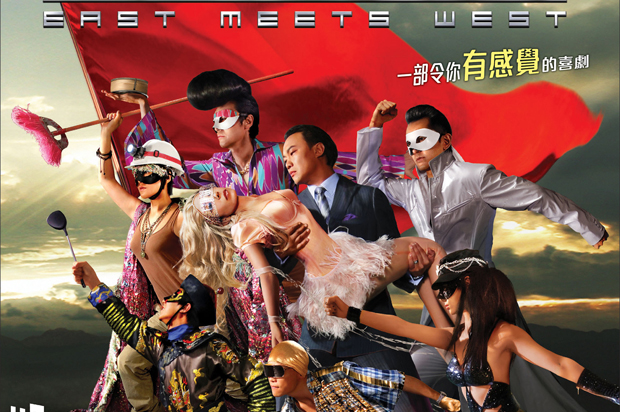 Jeffrey Lau's 1994 film The Eagle Shooting Heroes stands out among the weird and wacky world of Hong Kong comedies as possibly the weirdest and wackiest, at least in my fairly small sampling. A parody of the same source material that formed the basis for Wong Kar-wai's Ashes of Time, and featuring most of the same cast (it was shot either concurrently or just after that film, in an attempt to recoup some of the epic's cost overruns), it sticks mainly in my memory as the film in which the great Tony Leung spends much of his screen-time impersonating a duck. Lau also directed the two-part Stephen Chow epic A Chinese Odyssey, which is weird even for Stephen Chow.

So it was with much excitement that I rushed from the screening of People's Park to see East Meets West, which may or may not be a sequel to The Eagle Shooting Heroes (I didn't think it was at all, but a comment at imdb says so, and they're usually right, right?). I was not disappointed.

It starts with a lightning fast 30 minutes or so, when a whole bunch of characters are introduced, and back stories given, while jokes fly by faster than edits. One character, played by Karen Mok, finds her father, a former major pop star played by former major pop star Kenny Bee working in a haunted house: "being a zombie is a perfectly respectable profession!" They set off to find her hated step-mother ("It's God's will that I go to Guangzhou to chop the bitch!") who has gotten them into trouble over some debts.  They hook up with a rich girl musician, her bodyguard, a single dad and his son and a wannabe actor/cab driver as they flee from hordes of homeless musicians ("Don't drive so Donnie Yen!") and reunite Bee's band ("The Wynners") to hold a fund-raising concert.

I saw Kenny Bee for the first time earlier this year in one of Hou Hsiao-hsien's first movies, the mediocre romantic comedy Play While You Play (aka Cheerful Wind), so it was a treat seeing him here, 30 years later. He's not as charismatic or funny as Teddy Robin, another 70s pop-star was in his hopefully career-reviving performances in 2010's Gallants, Merry-Go-Round and Detective Dee and the Mystery of the Phantom Flame, but he's a lot better here than he was in that Hou movie.

Anyway, it turns out these people are all reincarnations of a group of gods that have been fighting a multi-millennia struggle against the eighth of their group, who became twisted and evil and defeats them in every lifetime. Lau has a lot of fun with the superheroes in the modern world conceit (their makeshift costumes are terrific: a bicycle hemet, a face covered with flour, single-lensed sunglasses, etc), a pleasant contrast with the bleak and miserable worlds of Hollywood films like Kick-Ass or Christopher Nolan's Batman movies. And while the special effects are merely OK compared to the state-of-the-art, giving the films a kind of plastic, phony sheen found also in recent films from Tsui Hark, Lau manages to create some nice, memorable images (though he doesn't quite have Tsui's skill as a visual filmmaker). The film loses some narrative steam towards the end, but it never stops being fun and clever. Even when Lau goes for sap, it goes for the biggest, gooiest, cheesiest love-conquers-all-even-a-heart-ten-sizes-too-small sap it can muster.
Posted by Sean Gilman at 4:07 PM No comments: 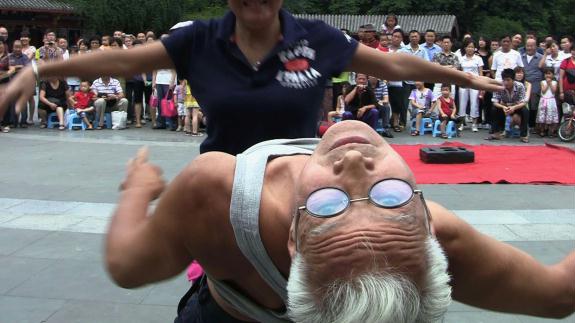 A few thoughts I jotted down while watching People's Park, a single-take documentary set in a park in the city of Chengdu, Sichuan by directors JP Sniadecki and Libbie Cohn:

Posted by Sean Gilman at 3:07 PM No comments: 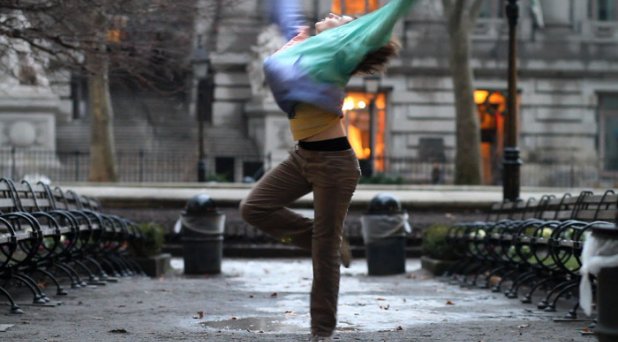 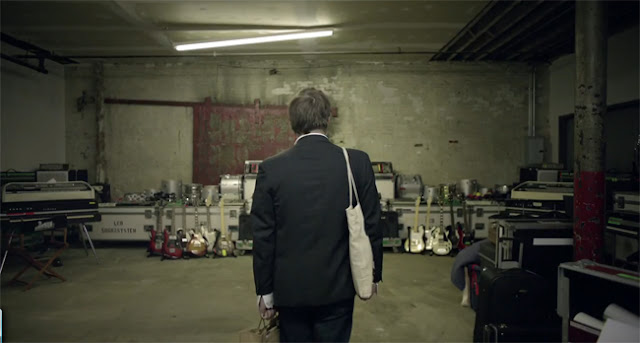