Just The Dog In Me, Baby

We got one today. 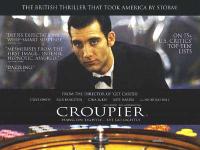 Watched Croupier last night. Directed by Mike Hodges, the director of the original Get Carter and Flash Gordon. It's a pretty standard low-budget indie-thriller, it looks looks it was shot on video. It's mostly notable for starring Clive Owen (the last three movies I've seen have featured Clive Owen. That's kinda creepy). He plays an aspiring writer who takes a job as a croupier because he needs money. It's a good performance, despite the fact that he often looks exactly like Michael Stipe circa 'Losing My Religion'. Of course he gets caught up in various scams (including a femme fatale played by a former ER star) and ends up having his morality tested and perhaps lost.

Not being particularly insightful or creative in terms of plot, the film makes up for it with a strong sense of place and excellent action scenes of the croupier at work. Highly recommended for gambling addicts. It's no Rounders, but it's certainly not bad. More of a film noir than Batman Begins, that's for sure.
Posted by Sean Gilman at 1:58 PM No comments:

Not Dark Yet, But It's Getting There

Don't know if you're hip to the podcast tech or not, but you should be. A podcast is essentially a radio show in MP3 format, so you can listen to it anytime anywhere and anyone can make one. The last update of iTunes provided podcast support, which is when i picked up on it (I wish I was an early adopter, but I'm too lazy for that). For the last month or so, I've been listening to a few different podcasts. Mostly Air America radio shows that are on at inconvenient times for me. Also, on the sidebar, you'll find a link to Cinecast, a good podcast by a couple guys in Chicago who like to argue about movies.

The last couple of days, I've been listening to Out Of The Past, a podcast about film noir and films noir (see link in the above title). They've done 4 half hour shows so far, with shows being posted out every two weeks. The first two episodes are about Out Of the Past and Double Indemnity and basically work to generally define noir for those less familiar with it by examining those two canonical films. The next two are about Batman Begins and The Third Man and these are where the series starts to get interesting.

The thing that makes noir so fun to talk about is that no one really knows what it is. Is it a genre? a style? both? Do you need to have a femme fatale? Does it have to be black and white? Does it have to deal with crime? The OOTP guys seem to think Batman Begins is a film noir because of its visual style. I think it isn't because it isn't dark enough and the protagonist isn't close to as flawed as a true noir hero. Through the course of episode 4, one of them manages to convince the other that The Third Man really isn't a noir after all. An opinion I happen to agree with (it appropriates noir style to tell a morally simple story, noir requires moral ambiguity).

Coming up on Monday they'll be discussing The Maltese Falcon, then two weeks after that Blade Runner, which I'm really looking forward to because, as you may or may not know, I HATE BLADE RUNNER.
Posted by Sean Gilman at 5:51 PM No comments:

You're The Best! Around! Nothing's Gonna Ever Keep You Down!

I've actually been able to see a lot of movies this year, since I've been working Thursday nights and have been able to persuade some union folks to screen movies for me and the staff. Haven't seen everything I've wanted to, but more than I've been able to the last few years.

So, since the guys at Cinecast (see sidebar) did it last week, I figure I might as well come up with a Top 5 Films Of The Year Thus Far List. So here it is:


1. Sin City--Your enjoyment of this film is directly proportional to how offended you are by violence in movies. If, like me, you thought the Crazy 88s sequence in Kill Bill is one of the high points in the last 25 years of film, then you'll love Sin City. If not, you should see Me & You & Everyone We Know. Or maybe Because of Winn-Dixie.

2. Kung Fu Hustle--Liked it even better than Shaolin Soccer, which is a terrific movie on a much smaller scale. Stephen Chow mixes the martial arts comedies of Jackie Chan and Jet Li with Warner brothers cartoons, westerns, musicals and gangster films. An interesting match with Sin City: both are all about the visual style of action movies, but in Sin City the world is dark and evil while the world of Kung Fu Hustle is sunny and fun.

3. Me & You & Everyone We Know--A big hit at Sundance and understandably so. It's like a Todd Solondz movie, except it has a soul and doesn't make you hate life and everyone who happens to be alive. Quirky, funny, sappy, and original. Written and directed by performance artist Miranda July, who also stars. Co-Starring the guy who plays Saul on Deadwood (a great HBO series).

4. Batman Begins--I think it's a little overrated, but is still very good. Katie Holmes is bad. Really bad. But Liam Neeson and Morgan Freeman are great if underused. Cillian Murphy (from 28 Days Later) is also terrific. Christian Bale's alright, i found him rather dull actually. But he was great in the Empire of the Sun. The podcast Out Of The Past has an episode devoted to it and how it's a film noir, which is interesting because it really isn't one at all.

5. The Revenge Of The Sith--Yeah yeah, I know. Nooooooo! is terrible. Natalie Portman is really bad. Hayden Christiansen ranges from annoyingly petulant to really annoyingly petulant. It's a seriously flawed movie. I still loved it. The Clone Wars cartoon is actually better than any of the three prequels.
Posted by Sean Gilman at 4:42 PM No comments:

You Can't Repeat The Past 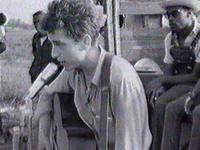 Lots of new Dylan stuff in the next few weeks. Martin Scorsese made a documentary about him that's gonna be on PBS September 26th and 27th (though the DVD will be released a week before that, weird). And the latest Bootleg Series collection will be released on August 30th. This one is the soundtrack to the Scorsese film and consists of 28 songs, 26 of which are previously unreleased, ranging from 1959-1966. There's also a new book coming out, but it appears to be just a bunch of pictures. Click the link in the title for all the details at bobdylan.com.
Posted by Sean Gilman at 1:39 PM No comments:

Hail To The King, Baby 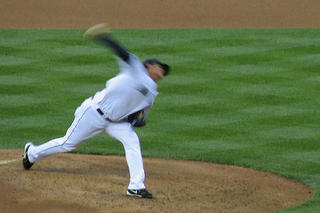 The above image is from user adriot at USSM.

Tonight was 19 year old Felix Hernandez's first televised start as a Seattle Mariner. It was also the shortest game in Safeco Field history, at only 2 hours and 1 minute long. He pitched 8 innings giving up 5 hits, no runs and no walks while striking out 6 Minnesota Twins.

I've little to add to the tremendous coverage of this game at USSM. I'd just like to join in the celebrations around the net for what is easily the most, if not only, enjoyable Mariner game of the year thus far.
Posted by Sean Gilman at 3:04 AM No comments:

Everyone Else Is Doing It, So Why Can't I? 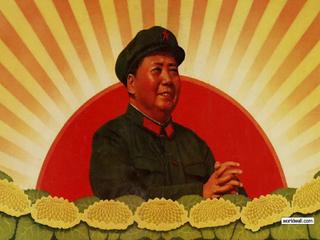 Welcome to my blog. If you know me, you already know who I am. If you don't know me, then what the hell are you doing reading my blog in the first place? It couldn't possibly interest you.

Anyway, the plan is for me to post about things.