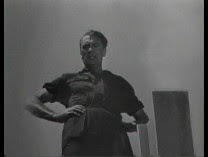 Catching up with some recently seen movies while breaking in the new name. I've managed to fix all the links on the sidebar (as far as I can tell), but the links in the individual posts referring to other posts on the site won't work. I'm to lazy to fix them all, but I imagine we'll survive. If you find you can't follow the link, just replace "sdedalus" with "theendofcinema" in the address and you'll be taken where you want to go.

The Fountainhead - Gary Cooper stars in King Vidor's adaptation of Ayn Rand's screenplay of her novel about an unyielding architect who blows up a building when a bunch of jerks change his design without his permission. Cooper's elmlike acting style is perfectly suited to the passionate rigidity of the architect. Patricia Neal plays the woman who loves him, though she's married to newspaper magnate Raymond Massey. It's hard to tell how much of the film's humor is intentional, from the hilarity of Neal first spotting Cooper as he wields a giant drill boring holes in a rock, the the over the top seriousness with which Cooper recites Objectivist dogma's doctrine of pure selfishness. Neal brings a real intensity to her S & M relationship with Cooper, and Massey's as good as ever playing a man who wishes he had ideals. A weird movie, either terribly offensive or a lot of fun, depending on how you look at it.

The Iron Giant - A very fine animated film from director Brad Bird (The Simpsons, The Incredibles) adapted from a story by the poet Ted Hughes (Sylvia Plath's Ted Hughes). A young boy with a single working mother finds a giant robot in the woods, becomes its friend and defends it from the military, which either wants to destroy it or capture it and use it as a weapon. Evocative in both plot and animation style of 50s sci-fi (The Day The Earth Stood Still especially), with vibrant oranges, greens and browns and a sweet, if not entirely original story. The anti-violence message isn't as sharply satiric as Joe dante's Small Soldiers, but it works well enough. The voice acting is solid, with Jennifer Aniston, Harry Connick Jr, John Mahoney and Vin Deisel. I'm too old for it to replace the animated films I loved as a kid (The Secret Of NIMH, Fantasia, Sleeping Beauty) and its not as brilliant as some of Bird's other work, but ti's a fine film that was marketed terribly and never managed to find an audience, though it has a decent cult following. The #17 film of 1999. 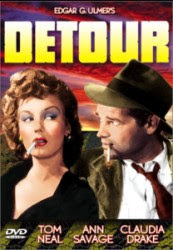 Detour - Classic ultra-low budget film noir directed by Edgar G. Ulmer, who did assistant art direction and set design on a number of the classics of German Expressionism: Metropolis, Die Niebelungen, Sunrise, M, and Spies. Tom Neal plays a piano player hitch-hiking his way across the country. He gets picked up by a guy who promptly falls out of the car and dies a few hundred miles later. Sure the police will think he killed him, Neal adopts his identity and continues on his way to California. Unfortunately for him, he picks up a girl hitch-hiker, a girl who just happened to have ridden several hundred miles with the dead man a few days earlier. This quite evil young woman (played by the appropriately-named Ann Savage) blackmails him into continuing the deception long enough to inherit a bunch of money from the dead guy's father. Barely over an hour long, the film is a clinic in noir plotting, as every decision the protagonist makes only gets him further and further into trouble, while his woman, the symbol of purity, redemption and escape in so many other films, only screws him over again and again. Made with style despite the low-budget and mediocre (at best) acting, there's a famous shot at the beginning of the film of a giant coffee mug. Essential viewing for any noir fan.
Posted by Sean Gilman at 11:28 PM No comments: 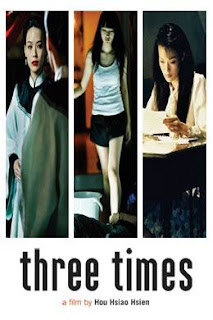 This is very premature for me, as the size of my Unseen Movies list will indicate, but it's New Year's Eve and everyone else has written their Top Ten list, usually without bothering to note what they have and haven't seen anyway (there's even a section of the blogosphere that seems to have just discovered that Unseen movies should be an essential part of every movie list). So, I figure I might as well throw mine onto the pile. For the purposes of this post only, I'm including films from non-2006 years as listed by imdb, which assigns a film a year based on the first time the movie actually planned. For everything else, I use imdb because I don't believe a film only begins to exist when it plays at the theatre in the US, or even for provincially, when it happens to play in the city I live in. But since the whole reason is to get a list in when all the other lists come out, so some sort of comparison can be made, I figure I should include all the same films every other critic in America uses. Such films will be denoted by an *, and will not be included in 2006 on The Big List. 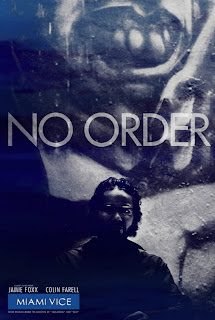 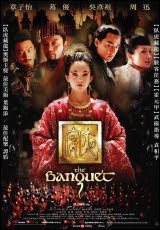 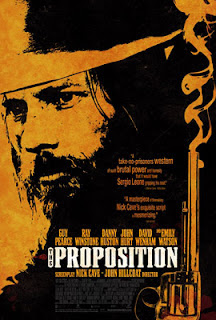