I had a version of this mostly finished the other day when I accidentally closed Safari and deleted it all. That's always awesome. Anyway, catching up with some movies I've seen recently, in-between baseball games. More to come in a couple of days, as it's late and I want to watch a movie. 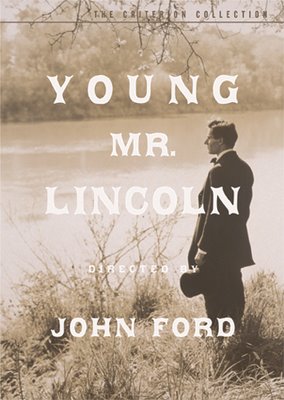 Brick - Is it a film noir set in a high school, or a high school movie set in a film noir? Either way, I don't think there's much here beside an interesting conceit and a competent exercise in stylized dialogue. Writer-director Rian Johnson has a clever mastery of the type of hard-boiled dialogue you hear in a noir, but the film lacks any of the feel or visual style of true noir. Pre-dawn grayness just doesn't work as a substitute for chiaroscuro, at least not in creating a sense of existential fear or dread. Instead, the dullness of palette and general lack of visual flourish creates only a feeling of boredom and disconnection. Perhaps this is intentional, going along with the idea of only being able to viewing high school through the mediation of old movies, the bland real world contrasted with the vividness of artificial, borrowed, dialogue. . .a reflection of post-modernity or something like that. This being Johnson's first film, it's too early to say. I rate it the #23 film of 2005.

Young Mr. Lincoln - I didn't expect to like this movie as much as I did, considering how disappointed I've been by so many biopics I've seen recently. But there's simply no comparison between this kind of mythmaking and such mediocrities as Walk the Line or Ray. To start with, Henry Fonda was better than I expected, amazing how much a little bit of make up can change a man's appearance (he also seems taller and lankier than in any other Fonda movie, which might just be my imagination). I was most surprised by how beautiful the movie is, it may be John Ford's best in that sense, and that's saying something. The many shots framing Lincoln against his environment, especially the river, are my favorites, but the shot of him blocking the jail door from the enraged lynch mob is amazing as well. For a 1930s Hollywood biopic, this film is remarkably strange and poetic. The ending is an obvious example of this, as Lincoln walks up a hill in the face of an oncoming storm, but even better is the scene at the dance, when Mary Todd drags Lincoln to the porch and he just stands there staring off at the river in the distance. 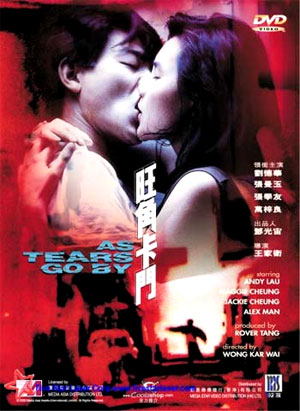 As Tears Go By - Wong Kar-wai's first film is essentially a remake of Martin Scorsese's Mean Streets (#1, 1973), with a little bit of Jim Jarmusch's Stranger Than Paradise (#4, 1984) to start things up and a dash of Tony Scott's Top Gun (#6, 1986) just to keep you on your toes (you'll know it when you hear it). Andy Lau (House Of Flying Daggers) stars as an experienced, slightly disillusioned triad who has to juggle his burgeoning romance with his cousin (the adorable Maggie Cheung, in one of her first non-girl-in-kung-fu-peril roles) and the increasingly dangerous antics of his irresponsible and incompetent "little brother" played by Jacky Cheung. Visually speaking, all the basic elements of Wong's style are here for all you who think Christopher Doyle made Wong Kar-wai, you surely see this. By taking Scorsese's plot but leaving behind all his Catholic guilt and madonna-whore complexes, Wong makes an entertaining genre film that lacks any of the depth or resonance of Scorsese's masterpiece. Which isn't so terrible considering one of the three movies Wong wrote this same year was Haunted Cop Shop Of Horrors 2. As a first directorial effort, this certainly isn't bad, but it's still the worst film Wong's made so far. I rate it the #8 film of 1988.

Days Of Being Wild - The first part of a trilogy set in 1960s Hong Kong by Wong Kar-wai that simply gets better as it goes along, though all three (including In The Mood For Love, #4, 2000 and 2046, #2, 2004) are classics. The movie starts with Maggie Cheung's Su Lizhen (the same name as her character from ITMFL, who is also incarnated twice in 2046, though it's unclear if any of these four characters are the same woman) who works at a snack counter (think Chungking Express) is picked up by Luddy (the name is translated differently on imdb and my DVD), played by Leslie Cheung (Happy Together). 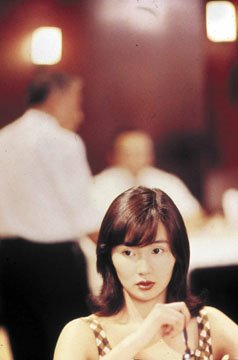 The two have a relationship that ends when she asks to move in with him. He dumps her and starts dating Mimi (Carina Lau, the longtime girlfriend of Tony Leung in real life), a character who turns up on the train in 2046. Su, unable to deal with the breakup, begins hanging around outside Luddy's apartment where she meets a cop (Andy Lau). Su and the cop spend a long night walking the streets and talking, he tells her about his wish to become a sailor so he can leave Hong Kong and travel (think Faye Wong in Chungking Express). Eventually, Luddy and the cop end up on a train in The Phillipines, Luddy's sidekick (Jacky Cheung) falls in love with Mimi and Su goes on to break Tony Leung's heart. Speaking of Leung, his name is prominently displayed on the poster I have from the revival of the film last year, and as he's one of my favorite current actors, I was waiting all movie for him to show up. Eventually he does, at the end, in one little dialogueless scene that Steven Spielberg may have ripped of a year later for the beginning of Schindler's List. The movie's a big step up from As Tears Go By, though it's not as visually ravishing or as abstract as his more recent films. Quentin Tarantino, in his unintentionally hilarious comments on the Chungking Express DVD compares this to American Graffiti, which I guess makes a kind of sense. Though it's set in the same time period as Lucas's film, it has much more in common with the early 90s cycle of mid-to-highbrow coming-of-age movies like Dazed And Confused, Singles, Metropolitan and Kicking And Screaming. I rate it the #6 film of 1991.
Posted by Sean Gilman at 1:03 AM No comments: