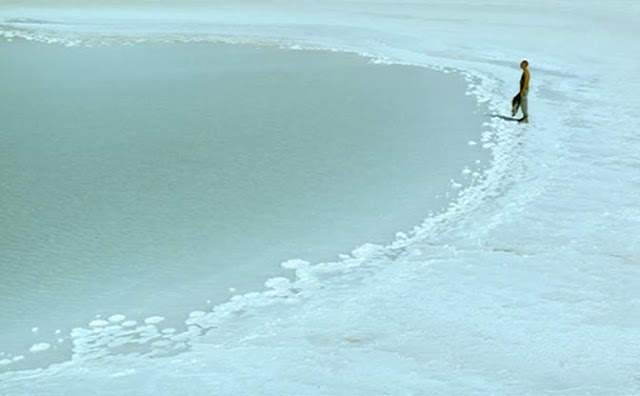 "Now all that is no more. Now those mountains and deserts are just things, information stocked in my memory. Now that I'm traveling this road through the past, I'm sorry I was that man, that narrow-minded Legionnaire. What did I see of wild camels, of shepherds appearing from nowhere, women in bright colors in fields of stone, all those images?"

On Children of Paradise 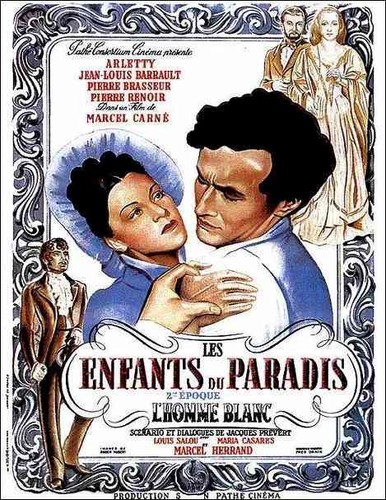 This week the good people at The Criterion Collection are releasing a new Blu-Ray edition of one of my favorite movies, Marcel Carné's Children of Paradise, so this seems like a reasonable time to rerun something I wrote a year and a half ago over at the Metro Classics website, back when Metro Classics existed.  Back when the Metro existed.

I first learned of Children of Paradise when, back in 1998 (pre-internet and stranded in Spokane, my home town) I read in the newspaper(!) a response to the AFI's recently published Top 100 American Films of All-Time list.  The writer, whose name I don't recall, but I believe he wrote for a paper in Arizona, made a list of the top 100 foreign language films to counter the blinders imposed by the AFI's mission (they are the American Film Institute, after all.  Which I guess they interpret as being the Institute for American Film, as opposed to the American Institute for Film).  Children of Paradise was #2, as I recall, behind only Jean Renoir's The Rules of the Game (which was coincidentally our last Metro Classic, last December).

Living in Spokane, the film was unsurprisingly unavailable at my local video stores, whose foreign film selections tended to consist entirely of the major works of Kurosawa, Fellini, Bergman, Gerard Depardieu and the dubbed Jackie Chan.  But, knowing I would soon be moving to Seattle, I clipped the list out of the paper as a guide to future viewing. 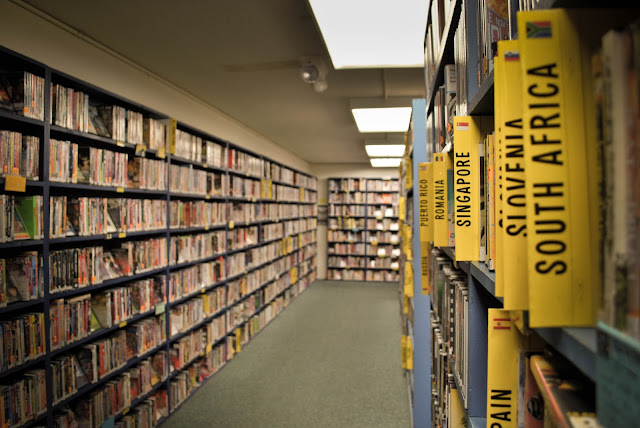 When I did move here, the first thing I did after unpacking my mom's minivan was walk the two blocks to Cinema Books.  After pouring over the packed shelves for an hour or so, I left and walked a further block to Scarecrow Video.  I spent a couple of hours wandering the stacks wide-eyed and open-mouthed.  I was like Lawrence catching his first glimpse of the Suez Canal after wandering the Sinai for days.  I didn't buy anything at Cinema Books, or rent anything at Scarecrow that first day: I was too intimidated.  But I woke up early the next day (and by "early" I mean around noon) and tried again. My initial stack of videos from Scarecrow was about twice as many as one was allowed to rent, so I had to put several back on the shelves.  But one of the ones I kept was Children of Paradise.  I watched it that afternoon (loved it!) and the next day I went to Cinema Books at bought the BFI monograph on the film by Jill Forbes (one of the first of many previously unavailable cinema books now lining my bookshelves). 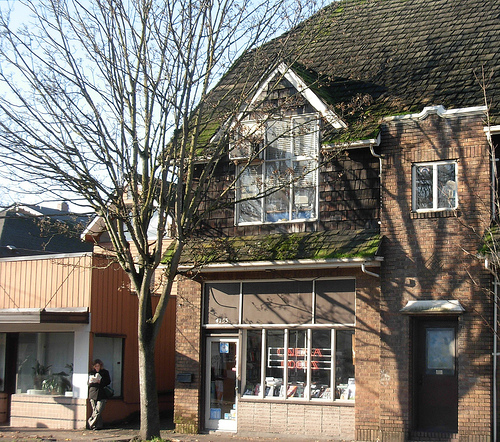 But I hadn't watched the film again since then.  A few years ago I bought the Criterion DVD, but it had been gathering dust until last week.  I was afraid that my love of the movie was more about the context in which I watched it, both the novelty of the big city and as one of my first steps into serious cinephilia.  I'd toyed with the idea of trying to get my wife to see it, but the prospect of a three and a half hour black and white French film about mimes in the 19th Century is kind of a tough sell.  For the same reason, I've been reluctant to try and play it as a Metro Classic. Well, I'm happy to report that the film is just as great as I remember it.  And while it may not be the second greatest foreign film of all-time, it's still pretty awesome and is certainly the best film I've seen from 1945. 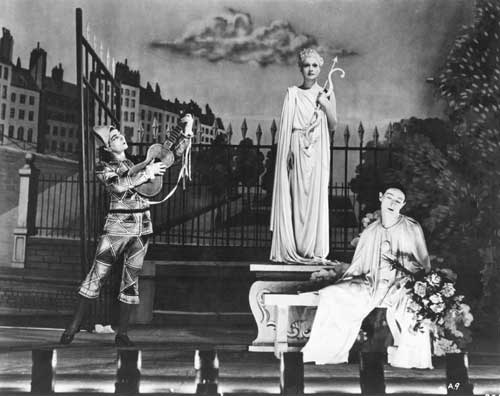 As novelistic as any film ever made (the common comparison has been to call it the French response to Gone with the Wind) it chronicles the complex love pentagon around the beautiful Garance (played by Arletty, who was shortly to be imprisoned for having an affair with a German officer during the war).  She's loved by the roguish, womanizing aspiring actor Frédérick Lemaître, the villainous thief Lacenaire, the shy and sensitive mime Baptiste and a rich aristocrat.  The first hour and 15 minutes of the film is breathtaking in the scope of its storytelling despite taking place entirely in the course of a single day.  Carné and his accomplished screenwriter, Jacques Prévert, introduce every major character, theme and relationship in the film while creating a fully detailed and realized world for those relationships to intersect within. 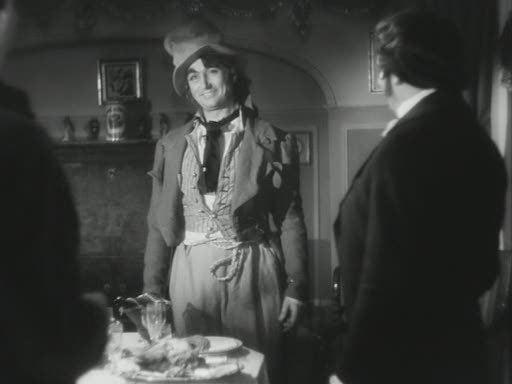 The film is structured almost entirely as a series of one-on-one conversations, intercut with performance footage of the actors at work (most memorably Baptiste's pantomimes and Frédérick's improvised, and crowd-pleasing mutilation of the terrible play he's starring in).  Every major character gets a scene with every other character, so in addition to the dramatics of the love triangle, and the fascinating of the details of 19th century theatre, we get to see a whole range of human interaction.  Whereas Gone with the Wind, to the benefit of the kind of story it's telling, I think, remains resolutely focused on its heroine's point of view, with every scene and most every conversation being about her, Garance at times fades into the background of Children of Paradise, allowing the men to become as fully realized as she is, if not more so.  The difference is that between creating a great character and a great world.

After the first third, the film is not quite as remarkable.  The relations and complications introduced in that first day play out, first a few weeks later, with Garance and Frédérick living together and performing in Baptiste's pantomime and then years later when Garance returns to Paris after running away with the aristocrat.  In the end, everyone meets and talks with everyone else, some people die and everyone is unhappy except the audience, the true residents of Paradise.  (Literally, that's what they called the theatre balcony). 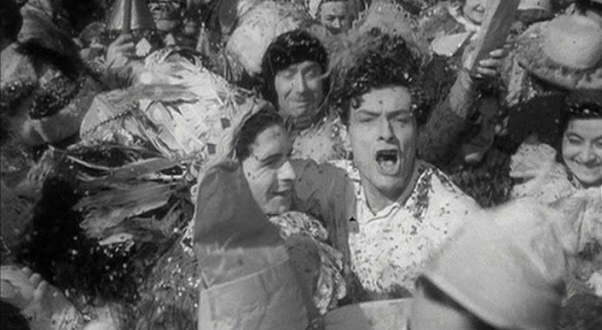 Posted by Sean Gilman at 2:29 PM No comments: