Movie Roundup (But No Gay Cowboys)

Not that there's anything wrong with that. . . . I've been watching a lot of movies lately, here's some quick thoughts on them:

Match Point: Woody Allen's version of Dail "M" For Murder. It isn't a great movie, the characters are either too dull, annoying or reprehensible. And it's way too long, it would have been much better had Allen trimmed it down to his usual 90-100 minutes instead of letting it get to over two hours long. As it is, the thriller part of the story that we all know is coming takes way too long to get going. Still, relative to Allen's recent work, this is a masterpiece.

Melinda And Melinda: This is not. Woody Allen's other 2005 film features a pair of fine performances by Radha Mitchell and not much else of interest. One story is told twice, once as a drama, once as a comedy. The drama stars Chloë Sevigny, Jonny Lee Miller (Trainspotting) and Chiwetel Ejiofor (Serenity), who all give decent performances. The omedy stars Will Farrell and Amanda Peet, who range from mediocre to dreadful. The two plots are nothing more than rehashes of plot elements that have turned up in much better Woody Allen movies. 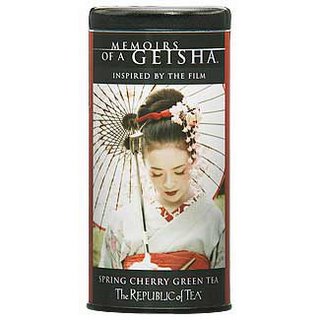 Memoirs Of A Geisha: Mediocre melodrama that is redeemed by the presence of some great actresses, including Michelle Yeoh, Gong Li and my current most favoritest actress Zhang Ziyi. The direction, by Rob marshall (Chicago) is pretty bad: the film is remarkable dull and uninteresting visually speaking. If nothing else, I expected at least some visual style. striking compositions, some hint that geishas and art are somehow linked. Instead, all I got was the narrator telling me about geishas and art. The plot is generic and largely absurd, you'd hope that in the absence of any interesting plot or visual style, there' at least be some interesting sociological observations about geisha rituals. But no, that most interesting subject is glossed over in a ten minute montage so we can get back t the silly melodrama. But that Zhang Ziyi, she's great.

Pickpocket: I'm trying to catch up and watch some directors I've yet to get around to watching, and I started with Robert Bresson and this film, a combination adaptation of Dostoyevsky's Crime And Punishment and documentary about the art of pickpocketing. I got the Criterion version from Netflix, and after the movie, I watched writer Paul Schrader's explanation for the ending. I don't want to spoil it on the off chance someone actually reads this and wants to see the movie, so suffice it to say that while I think the idea's cool in theory, it just didn't work for me.

Caché: Speaking of endings I didn't like. . . . I dug this movie a lot up until the end. Juliette Binoche, one of my favorite actresses, gives a terrific performance, as does Daniel Auteuil as a couple being harrassed with weird videotapes of their house. Again, I don't want to give anything away, but I just felt the ending was a cheap way someone with nothing interesting to say would chose to end his film so people would think he was "artistic". Sophomoric.

Tales Of Hoffman: My least favorite Powell and Pressburger film so far, but that isn't necessarily a ad thing as I've pretty much loved all their movies. This one, a full-on adaptation of an opera is pretty hard to get into, but does have some beautiful scenes. I'm mostly put off by the non-movie actor (and it shows) lead performance by Robert Rounseville. But Moira Shearer (from the Red Shoes) is outstanding in her all too brief appearances.

The Aristocrats: Very funny, and I love to hear comics talk about their work (does anyone besides me remember the TV show where Alan King would interview comics? It was like Inside The Actors Studio without the sycophantic pretension). The problem is that it's shot with multiple hand-held digital cameras which for some reason they insist on jump cutting between seemingly at random. Jump cuts in the hands of the ignorant are very annoying indeed. And I don't know if it was this particular DVD or just a by-product of the way it was made, but the sound was a little bit out of synch for the whole movie.
Posted by Sean Gilman at 2:42 AM No comments: