Rather than talk about thus week's blockbuster The Lone Ranger, Mike and I decided to chat about another, undoubtedly better, Johnny Depp Western, Jim Jarmusch's Dead Man. We've paired it with Budd Boetticher's Randolph Scott collaboration Ride Lonesome, from 1959.

Between reviews we spend some time talking about the representations of Native Americans in Hollywood, specifically in Westerns and in relation to my apparently controversial review of the documentary These Amazing Shadows.

We also discuss the career of character actor Lee Van Cleef and our most essential movies about loneliness. 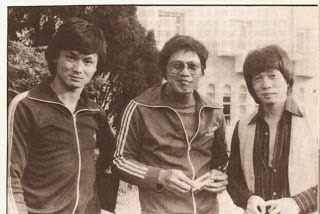 In the two weeks since the last rankings update, I've managed to complete more podcasts than written reviews. The Jane Campion episode of They Shot Pictures went up a couple days ago, covering An Angel at My Table, Portrait of a Lady and Top of the Lake. The Sammo Hung episode of TSP will be posted this weekend, discussing Magnificent Butcher, Wheels on Meals and Pedicab Driver. I also started a new podcast with my old Metro Classics compatriot Mike, The George Sanders Show. The first episode posted last weekend, on Fritz Lang's The Big Heat and Johnnie To's Drug War. This'll be a weekly show, with Budd Boetticher's Ride Lonesome and Jim Jarmsuch's Dead Man scheduled for this week's show. You can follow both shows on twitter (@GeoSandersShow and @TSP_Podcast), in addition to following me personally @TheEndofCinema.

The two reviews I did write are for Huang Feng's Hapkido and Lau Kar-leung's Dirty Ho, two more entries in the Summer of Sammo. The rest of my reviews related to this dive into Hong Kong genre cinema are now compiled into the Summer of Sammo Index, now conveniently located in the link sidebar on every page. I added a new director list over at Letterboxd, for Fritz Lang, and updated a number of others. 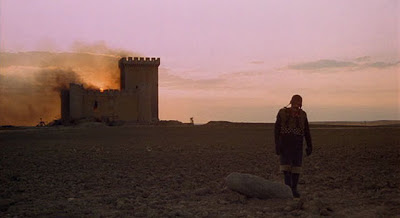 Here are the movies I've watched and rewatched over the last week or so, and where they place on my year-by-year rankings with links to my short letterboxd reviews, where applicable:

Posted by Sean Gilman at 3:53 PM No comments: 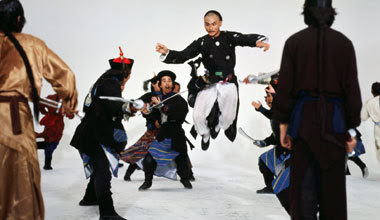 A twist on the master-student narrative, where the student, a petty thief and scoundrel ('Dirty' Ho Jen, played by Wang Yue) has to be tricked into following the master (Gordon Liu), who himself turns out to be a Manchurian prince. The Manchus are almost always the villains in these stories, standing in for all kinds of enemies of China, from the Japanese, to European colonists to Mao's Communists. So we have a hero who isn't very heroic and a master from a reviled class.

Liu's character grows more complicated still. His brothers are all competing to succeed their father, the Emperor, but he doesn't want the job. All he enjoys are antiques, art, good wine and practicing kung fu. He seems to have a moral sense, and this is why he tricks Ho into becoming his student (because he wants to set him on the right path and sees the potential for good in him), but issues of social justice, of pursing the best interests of the Empire, are alien to him. He spends the entire film hiding his identity and power, preferring the decadence of the artistic life and the withdrawal of epic kung fu training sessions to political engagement. 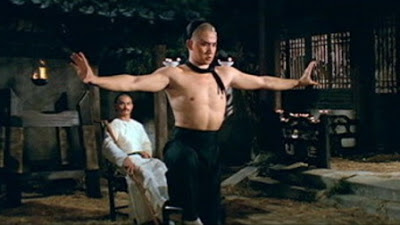 The final moments of the film thus prove a stunning display of the power of class and the resilience of the social order. After finally making it to the imperial palace in Beijing, Ho twice asks the general sent to assassinate Liu who is behind him, which of the other princes ordered the hit job. Both times Liu angrily tells Ho to shut up, that that question is between Liu and the other princes and that 'slaves' are not allowed to ask such things. There is an unbridgeable gulf between Liu and Ho, despite the closeness of the master-student relationship, the dynamic is truly a master-slave one. The film ends with Ho, after helping Liu quickly get properly dressed to meet his father in the reception hall, being flung out of the palace doors, a freeze frame holding indefinitely his expulsion and exclusion from the inner circle of power.

This being a Lau Kar-leung film, the fight scenes are spectacular. The opening credit sequence provides a neat twist on Lau's traditional 'Gordon Liu performs kung fu before a blank screen' opening by opening with a Busby Berkeley-style overhead shot of some thieves gathered around treasure, with first Wang Yue stealing it and then Gordon Liu coming along and fighting and then joining him, a musical kung fu sequence that wordlessly establishes the basic premise of the film we're about to see, with a black and white color scheme (white backdrop, black outfits and credits, further emphasizing the old Hollywood influence.

Several other fights scenes are tremendous, some of Lau and Liu's best work, and Wang gets a couple of group fights, the first a parody-in-advance of Chang Cheh's masterpiece Crippled Avengers which is pretty funny, the second one in which he gets hypnotized by a gang of creepy losers which is not. While Liu's solo fights are nifty, always performed as he's trying to hide the fact that he's fighting, which makes them hilariously passive aggressive in their small movements, the film's best sequences are a trio of group fights. The first comes fairly early in the film where Liu uses Kara Hui as a puppet to fight Ho, without letting on that's he's behind it, the three actors moving beautifully together. The second an ambush when Ho and a wheelchair-bound Liu are attacked by a horde of assassins in an apocalyptic ghost town, a rush of mass movement in a wild, abstract space. The third the film's final battle, where Wang and Liu take on the general (played by the always great Lo Lieh) and two of his minions. The coordination of these sequences is impeccable, multiple actors moving as one, finishing each others movements and extending into the next series of motions fluidly, transcending the staccato rhythm of many a Shaw Brothers kung fu sequence. It’s a testament to Lau's skill and attention to detail as a choreographer, which allows the camera to run for long takes capturing dozens of synchronized movements and interactions between stars and extras alike. The effect is mesmerizing, the frame always filled with more motion than the brain can process, not because of its speed (or the blur of rapid cutting) but because of so much captured intricacy. The takes aren't nearly as long, or as distant, as in the modernist art film, but there's something positively Tati-esque in Lau's approach to filming his action scenes. There’s always something new to see.

Posted by Sean Gilman at 9:15 AM No comments:

This is an index of the things I've written this summer on Sammo Hung movies:

And as the Summer of Sammo has expanded to Hong Kong genre and New Wave cinema in general, here are reviews of some Sammo-less movies:


And here are the Summer of Sammo movies I've seen but not yet written about:

And because why not, here are some older reviews from the last couple of years' Christmas with the Shaw Brothers:


And some other old Hong Kong stuff: 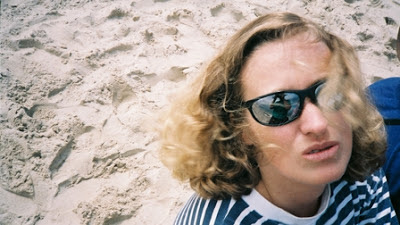 This week's episode of They Shot Pictures on director Jane Campion is now available. Seema and I talk about An Angel at My Table, The Portrait of a Lady and Top of the Lake with Melissa Tamminga from A Journal of Film. You can download the show or subscribe to it in iTunes over at the They Shot Pictures website. There as well you can find all our past shows, and you can follow us on twitter @TSP_podcast. Next up this weekend is our Sammo Hung episode (discussing Magnificent Butcher, Wheels on Meals and Pedicab Driver), followed by Abbas Kiarostami and the John Ford to round out July. Check out the Upcoming Episodes page for more information.

And speaking of podcasts, The George Sanders Show is now available on iTunes. Our next episode should be up this weekend, discussing Dead Man and Ride Lonesome.
Posted by Sean Gilman at 8:40 AM No comments: