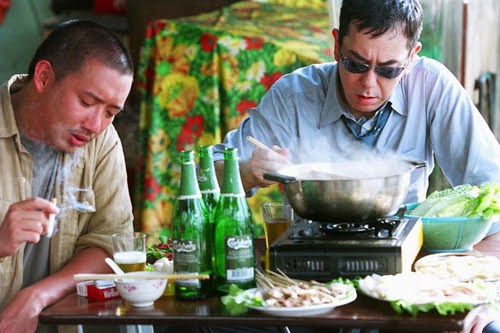 First things first: Anthony Wong is in this movie. He is in three scenes and he is eating in every one of them. It's set in Macao and was released in 2006. I'm pretty sure he filmed his scenes on his lunch breaks during the making of Exiled. Anthony Wong is the best.

Set in the months leading up to the handover of Macao to the People's Republic in 1999, it's an off-beat father-daughter story. Literally off-beat, as the film has a rhythm I've never seen before. A seemingly inexplicable event will be shown, followed by the scenes which explain what happened. For the first half hour or so this weird push-pull structure slowly draws you into the story of a corrupt cop who meets his 16 year old daughter and tries to help her find her lost dog. 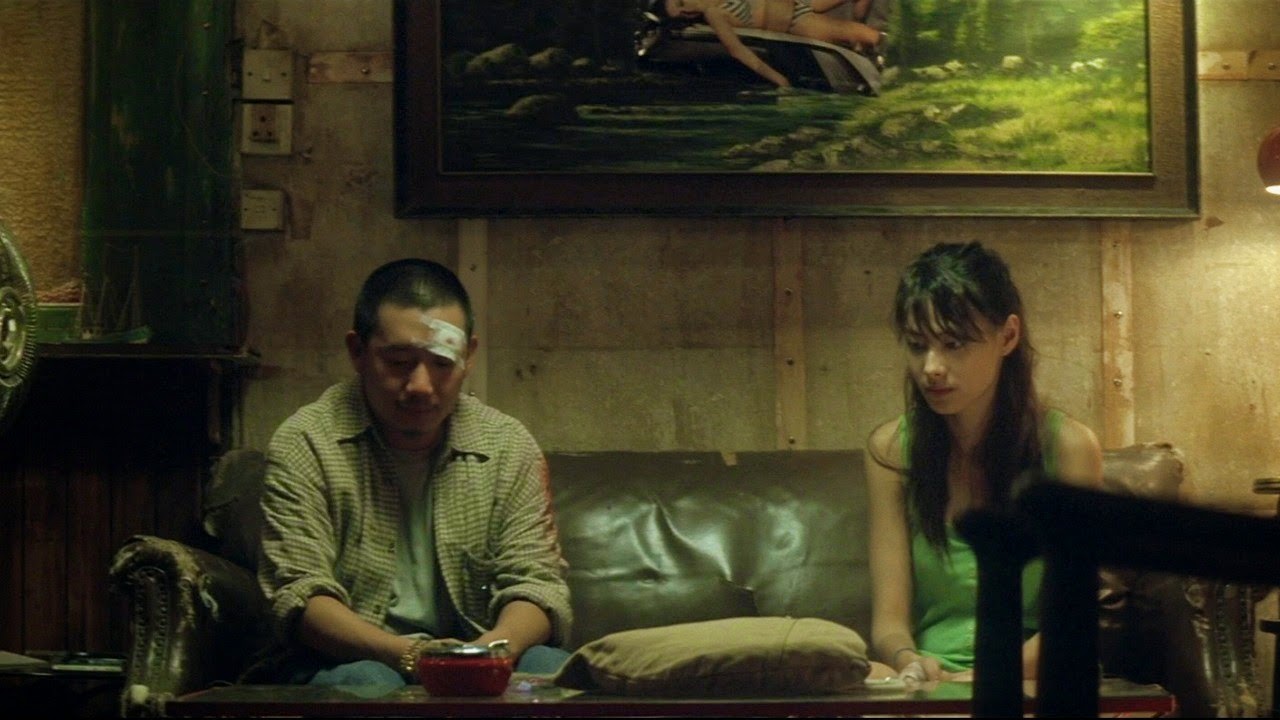 The dog is named Isabella, and so is the lead actress. A Portuguese name for a movie about a city moving on from its Portuguese past. Isabella Leong plays the daughter. 18 years old at the film's release, she was already a pop star and from her performance her, well on her way to a great film career. Spindle-limbed, all elbows and knees bursting across the screen with a manic energy that blows apart her father's sad decadent life. Their scenes in her father's languid, dilapidated apartment recall the middle section of Pen-Ek Ratanaruang's masterpiece Last Life in the Universe, a joyless space revivified. Leong is strikingly pretty, with sharp eyebrows and melancholy eyes. She appears to have retired from music and film in 2009 (after her only American film, the dreadful The Mummy: Tomb of the Dragon Emperor, a film mostly notable for wasting both Jet Li and Michelle Yeoh). That year, she married Richard Li, the son of Li Ka-shing, a Hong Kong legend and one of the richest men in Asia (he appears as a character in Peter Chan's He Ain't Heavy, He's My Father, played by Waise Lee), though they've since split up.

Anyway, as father and daughter get to know each other, bits of their pasts flash back. The dad's relationship with her mother, as well as the police corruption scandals he is somehow involved in (the passage of time is marked by intertitles informing us of various uncovered criminal conspiracies involving the Macao police force). Also the girl's relationship with a boy at school, one who loves her but whom she keeps at a distance, telling wild stories that don't quite fit the truth of who her father is and what he represents. Chapman To as the father has the more difficult role, making a guy who in most respects is a lout, boorish, womanizing, drunk, violent and corrupt, not only lovable, but admirable. It's a remarkable performance. 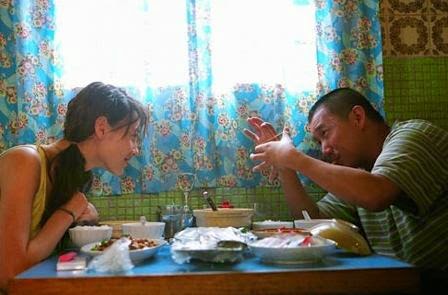 Set amid the crumbling colonial concrete of the city (so different from the shimmering skyscrapers of Hong Kong - there is an alien quality to Macao that is a world apart from the other colony, see it as well in João Pedro Rodrigues and João Rui Guerra da Mata's eerie 2012 film The Last Time I Saw Macao) and scored with a wistful Iberian guitar (the score, by veteran Hong Kong composer Peter Kam, won an award at the Berlin Film Festival. Kam also did the music for Johnnie To's Throw Down, Peter Chan's meta-musical Perhaps Love and the first two Golden Chicken movies), director Edmund Pang Ho-cheung conjures something truly unusual: a lament for a lost world that probably wasn't so great, and hope for an unknown future that might be even worse.