Running Out of Karma: Peter Chan's He Ain't Heavy, He's My Father

Peter Chan Ho-sun's 1993 comedy is a variation on Back to the Future, with Tony Leung (Chiu-wai) sent back 30 years to see what his father, Tony Leung (Ka-fai), was like when he was young, though it presents a very different take on the past and our relation to it than Robert Zemeckis's classic. The plot device isn't science-fiction, but rather one of those goofy folkloric premises like the Freaky Friday variations. In this case, Jupiter crossing the Moon's path on Mid-Autumn night causes a manhole to turn into a wish-fulfillment portal. This grounding in magic rather than pseudo-science  mirrors the larger difference between the two films, that He Ain't Heavy is steeped in local tradition and culture (however made-up for the purpose of the film the plot is, the Mid-Autumn Festival is surely a thing) while Future values the present above all else, about instant gratification.

In Back to the Future, Marty McFly is embarrassed by his father's weakness. He travels back in time and his manipulation of past events transforms his dad from a shy, lower-middle class geek into a paragon of Reaganite manliness: confident, wealthy and draped in pastels. In the Hong Kong version of the fable, however, Tony Leung is embarrassed by his father's charity, by his unwillingness to engage in the kind of cut-throat economic and social ruthlessness that marked the colony as exactly the laissez-faire ideal the Reaganites desired. Traveling back in time, he sees the roots of that community: the tenement slums where dozens of people live crammed together, part of the massive immigrant wave into Hong Kong in the wake of the post-World War II Civil War which overwhelmed the colony's capacity to house and feed its population. The disparate crew barely eking out an existence only through the help and sacrifice of the others, his father towering as the strongest and most noble among them. 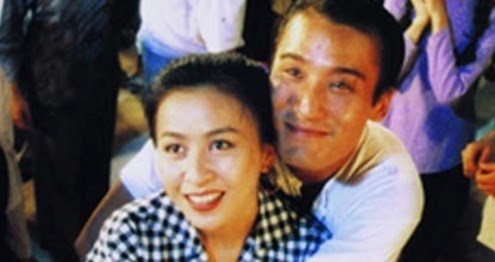 The reference is to The House of 72 Tenants, a film directed by Chor Yuen in 1973. It was the first in a wave of Cantonese language hits in the colony, leading the transition away from the Mandarin language films of the Shaw Brothers (who were themselves war-time transplants from Shanghai). Chor's film, following the episodic adventures of just such a group of slum-dwellers (think a sit-comic version of The Lower Depths), was enormously popular and remains a bedrock film of Hong Kong cinema (you can see its influence as well in Stephen Chow's Kung Fu Hustle, among other films). Tony Leung Chiu-wai's character in He Ain't Heavy is actually named "Chor Yuen" and Chor himself appears in a small role as an actor in the film (when the two are introduced, someone gasps "There's another Chor Yuen!?").

Anyway, rather than the young man reforming his father, He Ain't Heavy is about the younger generation (greedy, promiscuous and nihilistic as seen in countless films from the Hong Kong New Wave) learning the values their parents' found in the slums. It's about a son learning to appreciate the father he has, and in turn the son is changed by his encounter with history, as opposed to the other way around in the more ego-centric Hollywood film. Where the world revolves around Marty McFly, he transforms it to serve his immediate desires (nicer house, bigger car); the younger Tony Leung learns to see himself as a part of a whole, and all the more valuable and happy for it. The lesson Marty learns from that past is to 'stand up for yourself', which in this context means asserting your desires with a willingness to resort to physical violence, which will in turn earn the respect and love of the pretty girl next door and send the bullies of the world into groveling submission, shock and awe followed by being greeted as a liberator. The lesson Tony learns is that personal success is worthless if it is individual, that the only real happiness comes from family and community.
Posted by Sean Gilman at 3:46 PM