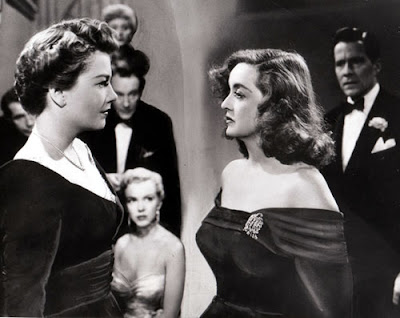 Posted by Sean Gilman at 6:45 PM No comments:

Here's a quick rundown of what I've seen lately. If you want to read some of my actual writing, check out the Metro Classics website. I'm afraid that's where I've had to spend most of my energy the last few weeks. Anyway, I've seen a lot of good stuff: a whole bunch of Bette Davis movies, some good 70s films in Killer Of Sheep and Mirror, Gene Tierney in The Ghost & Mrs. Muir, Vivian Leigh in Waterloo Bridge and Janet Gaynor in Seventh Heaven. I reached my goal of seeing every Jean-Luc Godard film from Breathless to Week End by finally watching Made In USA and managed to be both amazed and very very disappointed by Wim Wenders's Paris, Texas. But the best of all the films I've seen has got to be Bob Fosse's lunatic ode to art, life and self-obsession All That Jazz. Had I seen it a week earlier, it most certainly would have made my Top 250 list; it's sure to find a home high up on next year's list.