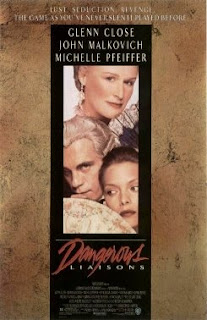 The End: As Tears Go By
Oscar: Pelle The Conquerer 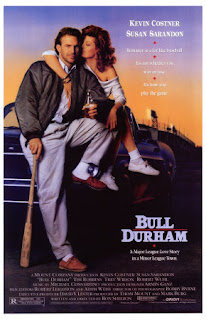 The End: Bull Durham
Posted by Sean Gilman at 11:50 PM No comments: 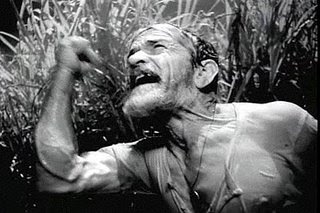 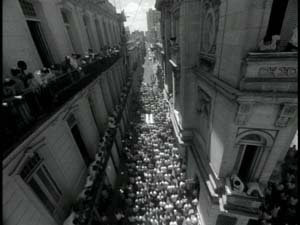 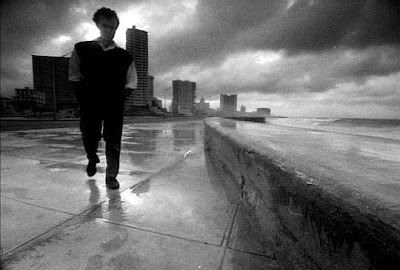 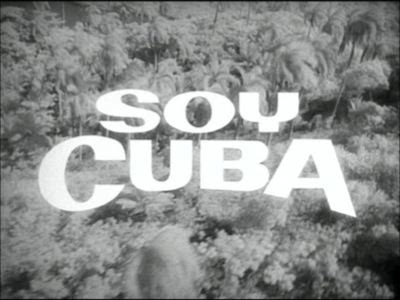 Posted by Sean Gilman at 6:30 PM No comments: 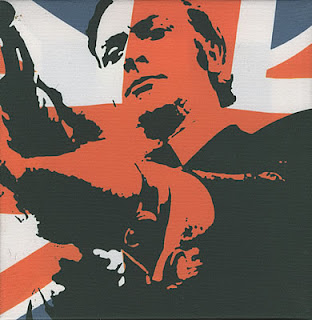 Still flabbergasted by McCain's VP choice, but enjoying the vetting process being done in the press that his campaign should have done months ago. Here's what I've seen recently:

Pineapple Express - Stoner action comedy from The Apatow Group. Directed by David Gordon Green, who's George Washington was quite pretty, I was hoping he might bring a unique visual style to an Apatow film, something we haven't seen yet from those folks. Alas, but for a few nicely quiet moments, it looks pretty much like any other film. Still, it's reasonably funny. And as a parody of the action genre, I enjoyed it more than Hot Fuzz, a film a lot of other people think is pretty great.

Get Carter - I like Michael Caine, but this role as a badass gangster looking to solve his brother's murder seems to call for a Lee Marvin type. Maybe I've just always seen Caine in the wrong kind of film. Anyway, this is a pretty solid post-noir film, not as experimental as John Boorman's Point Blank, or satirical like Robert Altman's The Long Goodbye, or as arty as Michelangelo Antonioni's Blow-Up, or as good as any of those films. But this seems like a family of films that I'm sure somebody's studied. The quite excellent Out Of The Past podcast has ignored this period of noir, however. Well, with the exception of Chinatown, which is a period film. The crime film went in interesting directions after the collapse of the studio system: more graphic in terms of violence and sexuality, more extreme politically in terms of both fascism (arguably Dirty Harry and The French Connection) and existential nihilism (Chinatown and The Long Goodbye). Get Carter's pretty explicit, but I know how ambitious it is as a statement about anything. The #9 film of 1971.

Reel Paradise - John Pierson, an indie film producer and author of the book Spike, Mike, Slackers and Dykes (which I read a long time ago and recall being a fun read) goes to Fiji to run a free theatre for a year. This documentary chronicles his time there, but spends far too much time following the soap opera of his family as they adjust to the new country (I really didn't care about any of that) and very little on the actual cinema. Compared to Henri Langlois: Phantom Of The Cinematheque, another documentary about a guy running a theatre, this film captures almost one of the sheer joy of showing movies that so motivates these guys. The #48 film of 2005.

Beach Red - With this and The Naked Prey, Cornel Wilde showed himself to be a quite interesting director of thoughtful action pictures. Its too bad he doesn't appear to have gotten more opportunities to direct. This WW2 film has a hole lot in common with Malick The Thin Red Line, in both films, the narrative of a US assault on a Japanese-held island is broken up by flashbacks as the soldiers try to reconcile their past lives with the horrors of their present. What Wilde doesn't really have is Malick's eye for beautiful imagery or his ability to create a lyrically dreamlike narrative flow. Instead, his technique is more straight-forward along the lines of Sam Peckinpah or Samuel Fuller. The combination of poetic construction and prose visual style is oddly jarring, but not exactly enjoyable. I should probably see this again. The #19 film of 1967.

Tropic Thunder - A bit funnier than Pineapple Express, but neither is particularly great cinema. Ben Stiller's only mildly annoying, Nick Nolte and Steve Coogan are underused, Jack Black isn't given a single interesting thing to do, Tom Cruise is reasonably funny, but Robert Downey Jr, and just about everything about his character, is brilliant. The film is worth seeing for him alone. Right now, on the strength of this and [i]Iron Man[/i] he's the leading candidate for my Best Actor award. I'm sure he's very excited after just missing the Supporting Actor award for Less Than Zero. 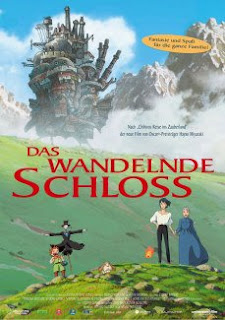 Howl's Moving Castle - I finally managed to watch a second Hayao Miyazaki film and I wasn't disappointed. The plot, as far as I can tell, doesn't make the least bit of sense, but this is a stunningly beautiful movie (and it looks fantastic on my TV, why isn't there a Blu-Ray of this yet?). Most impressive for me: the way Miyazaki shifts the age of the main character so suddenly within a scene. I'm watching a scene and all of a sudden realize the main character has gotten 30 years younger and I've no idea how long she's been that way. I can't really explain why I find that so exciting. Anyway, I liked this much more than Mononoke, which I recall as been really hampered by a generic environmental politics message. The #9 film of 2004.

The Smiling Lieutenant - I may have liked this the best of all the Lubitsch Musicals in the recent Eclipse boxset, and that's not entirely because I really just don't care for Jeannette MacDonald, who stars in the other three. This one's got Claudette Colbert and Miriam Hopkins vying for Maurice Chevalier's affections. He's the soldier who gets roped into marrying a princess (Hopkins) despite already having a girlfriend (Colbert). Colbert follows him to the princess' country and some surprising complications ensue. It's also the least musical of the set, which helps, since most of the songs in these films are, at minimum, not very memorable. The #10 film of 1931.

One Hour With You - The last and least of these Lubitsch Musicals. chevalier and MacDonald play a happily married couple who dally with infidelity but reunite. What can I say? I guess I prefer the Lubitsch non-musicals. These films aren't without a historical interest, an they all have a certain charm (I don't think Lubitsch can fail to be pleasant), but they simply can't compare with greats like The Shop Around The Corner, To Be Or Not To Be, Trouble In Paradise or Ninotchka. The #13 film of 1932. 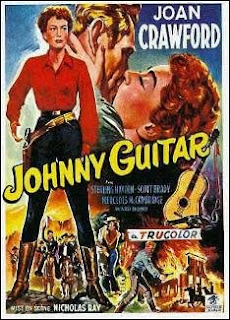 Johnny Guitar - Now here's a film that lived up to the hype an was everything I'd hoped it would be. Nicholas Ray's Western's got just about everything going for it: complex and endlessly fascinating gender politics, a Joan Crawford always teetering on the edge of camp hysteria, Sterling Hayden in a fine reluctant gunfighter performance, Ward Bond, Ernest Borgnine, John Carradine and Mercedes McCambridge doing fine work in supporting roles, especially McCambridge as the violently repressed villain, Nicholas Ray's personal fear of isolation and loneliness. This movie needs to be seen again and again and again. The #4 film of 1954.

Two-Faced Woman - Greta Garbo plays a ski instructor who marries the rich Melvyn Douglas on a whim. When the two start to fight, she pretends to be her own vivacious twin sister to test his fidelity. He fails, of course, but some how she learns her lesson and is put in her place. Pretty retrograde, I guess, and not nearly as charming as Ninotchka, the previous pairing of these two stars, despite the great George Cukor directing. The #17 film of 1941.

Two-Headed Spy - Just a coincidence with the two "Two"s back to back, I swear. This is an Andre DeToth WW2 film about a British spy who just happened to be a general in the German army and his efforts to help the Allies and undermine the German cause. If true, a remarkable story, but there seems to be some doubt about its reality. Regardless, Jack Hawkins is very fine in the lead role, and DeToth, a director some hold in high regard who I've little experience with, directs with a restrained, realist style that somewhat recalls Martn Ritt's The Spy Who Came In From The Cold, without that film's overwhelming sense of melancholy. The #18 film of 1958.

Rage In Heaven - Ingrid Bergman is at the center of a love triangle between crazy Robert Montgomery and awesome George Sanders. She marries Montgomery but loves Sanders, which makes Montgomery even crazier until he becomes violent, both toward animals and people. Directed by WS Van Dyke (among others) it's lacking the noir feel and visual style that this plot would have received had it been made a decade later. Instead, it's more of a social problem film with a rather silly race against the clock to solve the crime denouement. The #16 film of 1941. 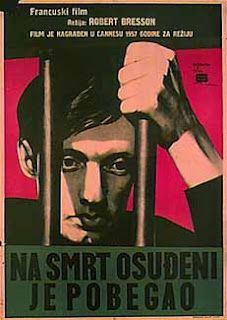 A Man Escaped - My latest Robert Bresson film, the title sums up the plot pretty well. We are shown a man's incarceration and his various, painstaking plans for escape in intricate detail. It's like all the fascinating process elements of a movie like The Great Escape, with all the star personality and action narrative eliminated. What's left is the details, and the character that grows out of actions rather than an actors persona (or displays of emotion, this being Bresson). The effect is one of extreme realism, making the film that much more suspenseful because it draws the viewer in so much more. The #7 film of 1956.

The Vikings - I liked the opening sequence, with Orson Welles narrating over a Bayeux Tapestry type animation. After that, the film becomes a pretty generic Hollywood period film, along the lines of The Fall Of the Roman Empire or Cleopatra (or Gladiator and Kingdom Of Heaven, though without those films contemporary political aspirations, for that matter). It lacks the hard, slightly perverse edge Stanley Kubrick brought to Spartacus or the silly campy fun of the Ray Harryhausen period films. Kirk Douglas and Tony Curtis play the Vikings, fighting over Janet Leigh and fighting the English (or the Welsh, I'm not sure). I can see why they'd fight over Leigh, as for the rest: bleh. Director Richard Fleischer is well-respected. I can't believe this is one of his best. The #19 film of 1958.
Posted by Sean Gilman at 10:31 PM 1 comment:

The End: The Princess Bride
Oscar: The Last Emperor 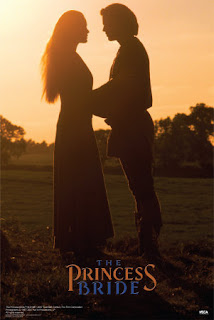 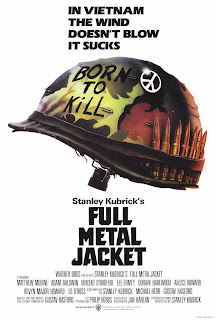 The End: Predator
Oscar: Harry And The Hendersons

The End: "A Hazy Shade Of Winter", Paul Simon/The Bangles, Less Than Zero
Oscar: "(I've Had) The Time of My Life", Franke Previte, John DeNicola and Donald Markowitz, Dirty Dancing

The End: Hannah And Her Sisters
Oscar: Platoon 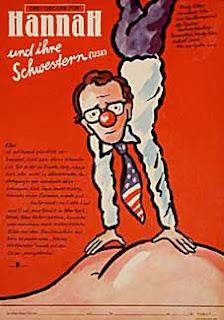 The End: Andrew Birkin, Gérard Brach, Howard Franklin and Alain Godard, The Name Of The Rose
Oscar: Ruth Prawer Jhabvala, A Room With A View

The End: A Better Tomorrow
Oscar: The Assault

The End: The Name Of The Rose
Oscar: A Room With A View

The End: The Mission
Oscar: A Room With A View 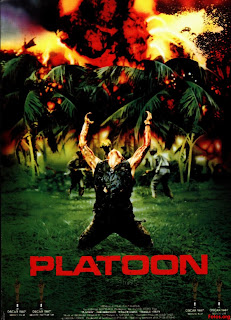 The End: The Fly
Oscar: The Fly

The End: "If You Leave", Orchestral Manoeuvres in the Dark, Pretty In Pink
Oscar: "Take My Breath Away", Giorgio Moroder & Tom Whitlock, Top Gun

The End: Pretty In Pink
Posted by Sean Gilman at 11:15 PM No comments:

The End: Ran
Oscar: Out Of Africa

The End: Meryl Streep, Out Of Africa
Oscar: Geraldine Page, The Trip To Bountiful 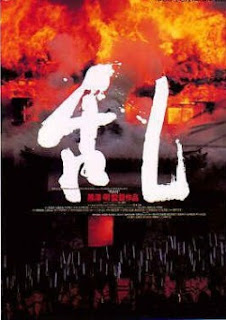 The End: Ran
Oscar: Out Of Africa 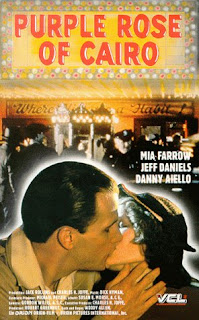 The End: Back To The Future
Oscar: Out Of Africa

The End: "Don't You (Forget About Me)", Simple Minds, The Breakfast Club
Oscar: "Say You, Say Me", Lionel Richie, White Nights

The End: Back To The Future
Posted by Sean Gilman at 12:16 AM No comments: