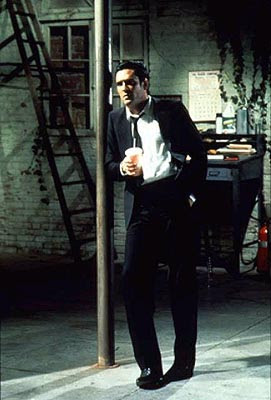 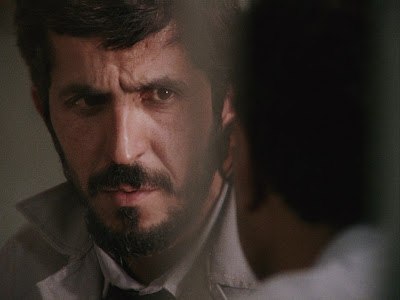 Close-Up - The earliest film by Abbas Kiarostami I've seen, it follows the case of a man who claimed to be director Mohsen Makhmalbaf allegedly in order to scam some money out of a family.  But the closer we get to the case, the less sense it makes: the guy isn't likely to get much money, and what kind of weird scheme is that anyway?  Add in typical Kiarostami meta-questions like how much of what we're being shown is real (it's supposedly based on a real news story) and his own weird disinterest in telling a straight story when watching a reporter kick a can down a street is much more interesting, and you get a fascinating movie to think and talk about, though my first time watching it, albeit fairly late at night, it kinda dragged.  There's a lot to digest here.  The #6 film of 1990. 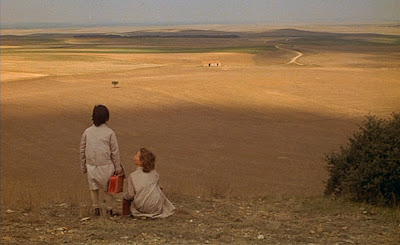 The Spirit of the Beehive - A very pretty film by Spanish director Victor Erice about Frankenstein, fascism and the cruelty of older sisters.  A couple of little girls, children we obliquely learn, of former Anti-Francoists, get to see Frankenstein (the setting up of the small town theatre is my favorite part of the film, but that's the movie theatre geek in me) at some point not too long after the (Spanish) Civil War.  The older girl convinces her sister that the Monster is real and that she can communicate with its ghost.  The little girl spends the rest of the film looking for it, only to find a fleeing rebel instead.  The look of the film has that golden magic hour hue Days of Heaven is so famous for utilizing, and the storytelling is even more abstract, with much of the film dialogue-less and from the children's point of view. It really is quite stunning, if maybe a little too dark for me (there's a fake death that's just plain twisted and wrong).  The #13 film of 1973. 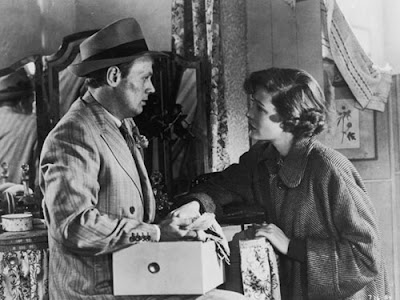 Night and the City - Last of a series of great Jules Dassin films noir from 1947-50, a streak that was broken by his blacklisting (he resurfaced in Europe in 1955 with the equally great, if not better, Rififi).  Here, Richard Widmark stars as a small time hustler who dreams of making it big as a wrestling promoter, but the whole world is against him. Not even Gene Tierney is enough to save him from his inevitable fate at the hands of the cruel, cruel city.  The milieu has the kind of heightened grotesqueness associated more with the noirs of Orson Welles than the kind of neo-realist procedural Dassin made just two years earlier (The Naked City), but then, noir was developing rapidly through this period, and the darkest corners of Hollywood were well on their way to total derangement (see Sunset Blvd. and In a Lonely Place, also from this year).  Widmark's never seemed more desperate, and the film is nearly stolen by Stanislaus Zbyszko as the former great wrestler Gregorious, who's so appalled at the rigged theatrics of his son's version of the sport that he throws in with Widmark.  Tierney's pretty much a non-entity in the film for most of its run, which is its most major flaw.  One should never underuse Gene Tierney.  The #12 film of 1950.

Suspiria - My first Italian horror film and first Dario Argento film, assuming the co-writing he did on Once Upon a Time in the West doesn't count (it really doesn't).  Jessica Harper plays a young ballerina who joins a school in Germany that just happens to be run by witches.  Horrible things then happen in really garish colors (the opening scenes in particular, with brilliantly bold blues, reds and yellows are a marvel, and manage to skirt the line between creepy and campy that the rest of the film doesn't quite).  It is all a lot of fun, but I gotta ask: who keeps a room full of wall to wall razor wire where the only door opens three feet in the air?  Even demon witch ballerinas aren't that nuts.  The #8 film of 1977. 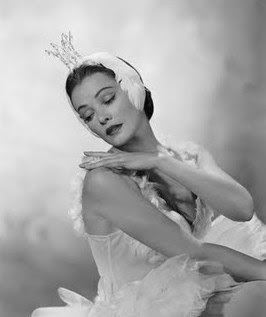 Never Let Me Go - No, not that one with Carey Mulligan, but a pleasant little action romance starring Clark Gable as an American journalist who falls for a Soviet ballerina (Gene Tierney, lovely as always and with a comical Russian accent) but finds she can't emigrate once the Cold War gets going.  So he and a British pal (Richard Haydn) who's also got a Russian wife plan an elaborate naval sneak attack aided in no small way by the ability to drink copious amounts of vodka.  Director Delmer Daves keeps things relatively light, though at times the social problem nature of the central conflict is a bit much.  Gable and Tierney are an odd pair, this feels like a film that shouldn't have such big stars, but I guess they were on the downside of their careers at this point.  The #25 film of 1953. 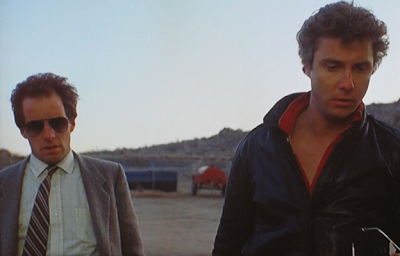 To Live and Die in LA - A couple months ago I rewatched William Friedkin's The French Connection, a film I'd never particularly cared for before, and absolutely loved it, only partially because the Blu-Ray transfer, which I understand is probably not at all reflective of what the film looked like in 1971, looks absolutely stunning.  1970s American films have generally always looked ugly to me, but Friedkin, amping up the grain and blurring the colors came up with a visual look just as gritty as the hardcore grunginess of his lead character.  Well, 15 years later, Friedkin made a cop movie that is even nastier than that one, and it might even be better as well.  The setup and structure of the plot is no different from most other cop films of the period, with a psychotic bad guy (a forger played by Willem Dafoe)  being chased by a cop (William Petersen, the CSI guy) who doesn't play by the rules (or "laws" as we call them), out to get him not merely because it's his job, but because this time it's personal (seems Dafoe killed Petersen's partner, mere days before his retirement!).  But whereas most cop movies of the 80s played this scenario for laughs, or at least chuckles (48 Hours, Lethal Weapon), Friedkin relentlessly exposes the ugliness in his characters and seems to revel in the kind of sickness and fascism certain critics saw in The French Connection.  I don't know where the film really stands, as a critique of the vigilante cop genre or its ultimate expression, nor do I think it really matters.  Either way, it's a great movie.  The #5 film of 1985. 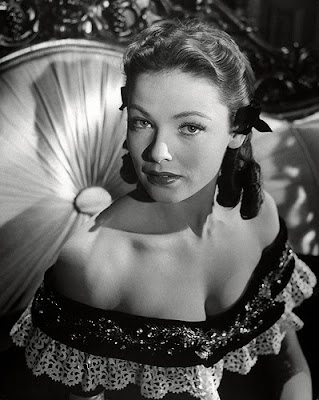 Dragonwyck - Joseph L. Mankiewicz's first film as a director is this adaptation of a Gothic romance in which a young farm girl (Gene Tierney) marries her rich cousin (Vincent Price) and moves to his fancy Hudson River mansion.  Sure enough, things aren't all that great when she gets there.  Seems the house is haunted, Price's family is all crazy and the local tenant farmers (led by Harry Morgan, Col. Potter himself) want the right to own land for themselves.  It's a decent enough example of its genre, but nowhere near as great as Rebecca or as twisted as The Secret Beyond the Door.  The ending's kind of weak as well.  But Walter Huston, as Tierney's religious farmer father who doesn't approve at all of Price, mansions, cities or capitalism, is fantastic.  The #14 film of 1946. 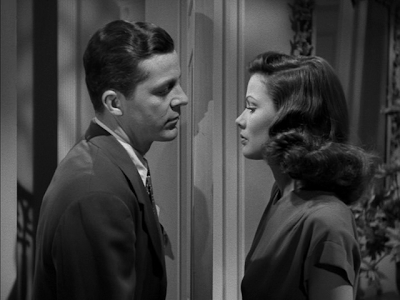 Where the Sidewalk Ends - Dana Andrews plays a cop who's famous for roughing up suspects, but once he roughs up a guy a little too much and he dies, he's got to both cover up and investigate the murder.  Gene Tierney plays the dead guy's ex-wife that Andrews falls in love with, and her general awesomeness is the ray of hope in the film that allows the possibility of Andrews's redemption.  She's a model (naturally) and when her cab driver father is charged with the murder (seems the dead guy liked to beat up Gene Tierney, a capital offense as far as I'm concerned as well) Andrews has to decide whether to come clean or save himself.  While this isn't as transcendent as the other noir combination of Andrews, Tierney and director Otto Preminger, 1944's Laura, it's still pretty good.  The #15 film of 1950.
Posted by Sean Gilman at 4:14 PM No comments: