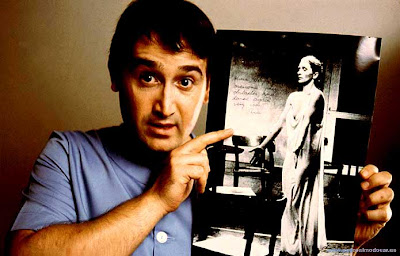 Talk To Her - This was my first Pedro Almodóvar film, and I'm a bit conflicted about it. On the positive side: the colors are beautiful, the actors are excellent (Geraldine Chaplin!), the dance and film within a film sequences are both stunning and hilarious, respectively. On the negative: I don't know what to do with the ickiness at the heart of the story. If we're supposed to sympathize with Benigno, well . . . ew. If Benigno is supposed to somehow represent a generalized idea of how men don't listen to women, or don't appreciate them or ignore them, that's both awfully cynical and insulting, if also kinda funny. Basically, I loved every part of the film that didn't have anything to do with its story. But once Lydia's story ended and it became all about revealing the depths of Benigno's depravity, the movie lost its balance for me. I want to have liked this more. The #6 film of 2002. 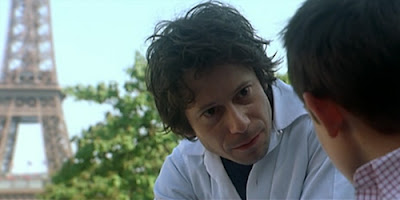 Kings And Queen - Novelistic melodrama from director Arnauld Desplechin. Emmanuelle Devos plays an art dealer who's father is dying. Her son (the father of whom is long dead gets along well with her ex-husband (Mathieu Amalric, excellent as always) but not her super-rich fiancee. Ex-husband, is locked up in a looney bin and may or may not be totally insane. Despite the low-grade instant netflix video (I assume) this is a beautiful film, with great performances and a fascinating approach to character. Desplechin actually succeeds in making unlikeable characters sympathetic and sympathetic characters unlikeable, all without any of the characters actually changing throughout the film, if that makes sense. Plus, it's got "Moon River". I love "Moon River". The #7 film of 2004. 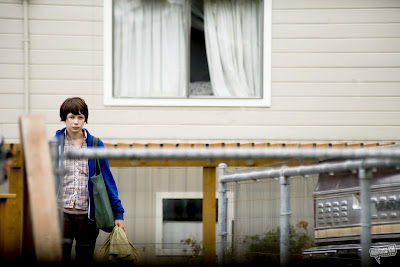 Wendy And Lucy - Another location-specific American indie in the same vein as Chop Shop or Ballast, and comparable in quality to those films. Michelle Williams plays a woman traveling through Oregon on her way to Alaska who stupidly attempts to shoplift some food for her dog, and even more stupidly gets sent to jail for most of a day because of it and even more stupidly has had her dog stolen while she was gone. So, those elements, fundamental to the film, didn't really work for me. But Williams and Walter Dalton (as the Walgreen's security guard who helps her out as much as he can, which isn't much) are so good that they almost sold me on it. The direction, by Kelly Reichardt, is what you would expect from this kind of movie: solid, realistic, unspectacular. The ending is sad, but necessary, as Williams finally seems to realize that her plan to drive from Indiana to Alaska in an '88 Accord probably wasn't so wise. The #11 film of 2008. 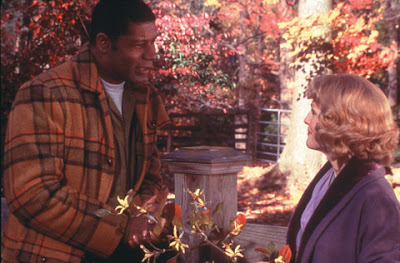 Far From Heaven - Like Talk To Her, a movie I wanted to like more than I did. It's a pastiche of Douglas Sirk films, with Julianne Moore and Dennis Haysbert recreating the housewife/gardener dynamic from All That Heaven Allows. Except for this film, director Todd Haynes adds the twist that the gardener is black, changing the class issues from Sirk's film to racial ones. And, in a twist too far, he gives Moore a husband (Dennis Quaid, trying hard) who's working on trying to not hook up with other men every chance he gets. Haynes just piles on the social issues, and the humanity gets buried behind the topicality. The movie either needed to be a lot longer, giving it a more novelistic scope (at only an hour and forty-five minutes, surely there was room for greater detail on Quaid and Moore in particular), or a lot shorter, focusing on just the Moore/Quaid or Moore/Haysbert relationship. In every other respect, the film is fantastic. The set designs are wonderful, often putting even Mad Men to shame, but the real star of the film is the lighting: deep reds and blues, gold highlights breaking through the colors, magic hour sunsets and greens for danger, it's all so lovely. The #7 film of 2002. 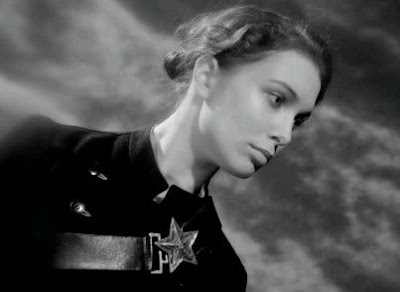 My Winnipeg - I might have a new favorite Guy Maddin film. This documentary about his home town is everything I always complain that documentaries aren't. Yeah, it's got a lot of great stories and interesting facts and shows me a world I didn't know all about before (but kind of did), but it does it all from an intensely personal perspective with a unique style that adds something new to the documentary form. To be specific, Maddin adds to the convention of recreations by re-enacting scenes from his own childhood in an attempt to understand his mother, and by extension his hometown (town and mother being equated right off the bat). He hires a bunch of actors to play his siblings except for his mother, who he says will play her self (she is in fact played by actress Ann Savage, from the great ultra-low budget noir Detour). It's a particularly Maddin-esque bit of silliness that nonetheless fits the weirdness of a city that held seances in a city hall designed as the world's largest Masonic Temple and has the highest sleepwalking rate in the world. I have no idea how many, if any of the stories Maddin tells are true or false. It doesn't matter. I want to live in a world where it's all true. The #5 film of 2007.
Posted by Sean Gilman at 1:33 AM No comments:

Still got that Vancouver Film Festival thing coming. In the meantime, these are the films I've watched to try and get my mind off of the Trail Blazers. 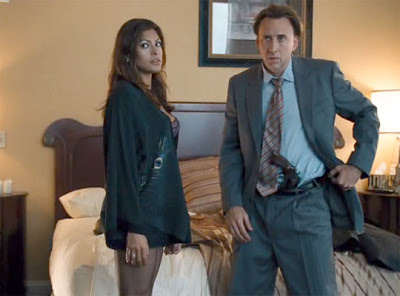 Bad Lieutenant: Port Of Call New Orleans - Yes, it's weird. But it takes awhile to get there. I really liked the slow build of crazy, with Nicolas Cage starting as a relatively normal guy and just getting crazier and crazier. Around the point that he starts doing a Jimmy Stewart impression for no apparent reason, the film just takes off. In fact, I loved everything about Cage's performance, from his hunchbacked walk to the bizarre way he totally fails to holster his gun. It's not nearly as ambitious as Herzog's best films, but it's fun, intelligent storytelling and that's good enough. Very comparable in this sense to Star Trek for this year, I think. 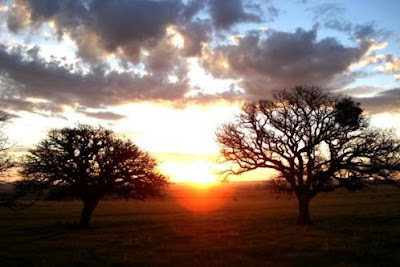 Silent Light - As eye-poppingly beautiful a film from director Carlos Reygadas as it's reputed to be. It's about a man who lives in a Mennonite (which is apparently like Amish, but with digital watches) community in Mexico. He's having an affair and can't tell if the affair is the work of the devil (adultery and all) or God (he's found his true love). Mostly he just feels bad. Then something happens and the film somehow turns into Ordet. Not much happens for most of the movie, but the crisp, sharply focused compositions and ultra-realistic soundtrack keep things interesting. The #13 film of 2007. 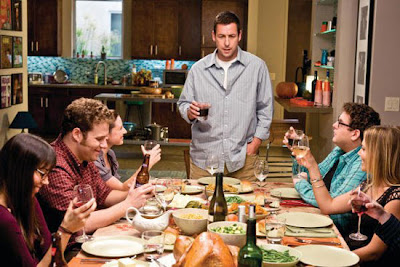 Funny People - The most ambitious of Judd Apatow's films and one clearly made with a lot of affection. His love of stand-up and the people that practice is readily apparent. Seth Rogen is fine as the wanna-be who becomes superstar comic Adam Sandler's assistant (in another fine, self-deprecating performance). It still feels a bit long, like the rest of Apatow's films, but I don't think it's because Sandler's illness goes away with 40 minutes of film left. It's a portrait of a comedian, not a portrait of a dying comedian. Janusz Kaminski's cinematography makes it by far the best-looking Apatow film to date, at least in the areas of lighting and color. Apatow's framing and editing is pretty much rote, however. 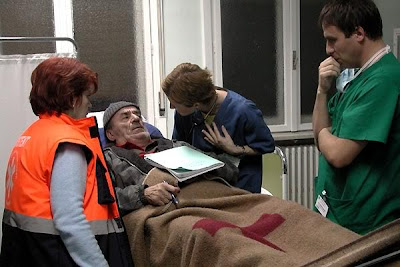 The Death Of Mr. Lazarescu - More clearly a dark comedy than 4 Months, 3 Weeks, 2 Days . . ., this film by director Cristi Puiu might be even better than that one at examining the little details of Romanian life. The titular Dante Lazarescu feels sick and calls for an ambulance. When it eventually shows up, the poor EMT (Mirela Cioaba) ends up spending most of the night shuttling him from hospital to hospital as everyone in town is busy dealing with the fallout from a traffic accident. The film's focus is on the details of the case, how hospitals work and how the people who work in them are, for the most part, heroic. Lazarescu has many things wrong with him and for the first part of his odyssey everyone seems to find only one of them (though everyone is sure to scold him for his drinking). It's an epic of a film, certainly not insignificant that at one point a nurse calls for Virgil to take Dante to see Dr. Anghel. The #4 film of 2005. 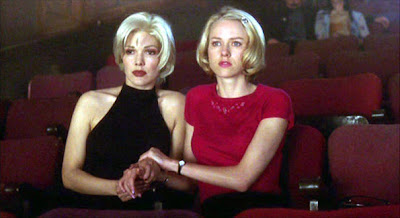 Mulholland Dr. - I don't know that I can say anything coherent about it right now, but I loved every minute of it. Lynch's surreal mode of filmmaking is ideal for a story about Hollywood, the Dream Factory that's founded on people changing their identities. A world run by gangsters and cowboys where everything is recorded and everything is an illusion. Naomi Watts is as terrific as advertised, just about the cutest girl ever as Betty and then tragic and heartbreaking. The rest of the cast is very good as well (Ann Miller!). Even Billy Ray Cyrus, of all people, is hilarious. And it's always stunning to look at: both the clean bright colors of the first half and the harsh dinginess of the second. I really like Lost Highway, but this is even better. Without a doubt one of the best of the decade. The #3 film of 2001. 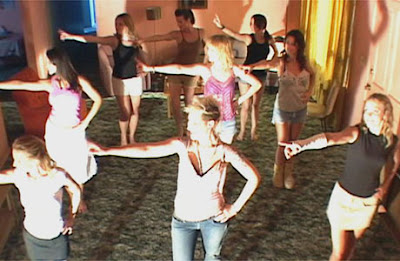 Inland Empire - Yeah, I didn't like this as much. It has a lot of great things about it: the low-grade video gives the whole thing a samizdat quality that only amps up the creepiness, Laura Dern is terrific (I never really considered Lynch an "actors director" but he consistently gets outstanding performances in his films, he should get more credit for this), I love a good Gypsy curse as much as the next guy and I like how the movie makes a kind of sense, even when I have no idea what's going on (a Lynch trademark, I suppose). Basically, my complaint about it is that's it's essentially a horror movie and really good at being scary which means it's so terrifying that I'll probably never want to watch it again because really scary scary movies really scare me and I usually don't enjoy being scared. Basically, mystery whores doing the Loco-Motion: Yay! Crazy deformed screamy mouth: Nay! The #16 film of 2006. 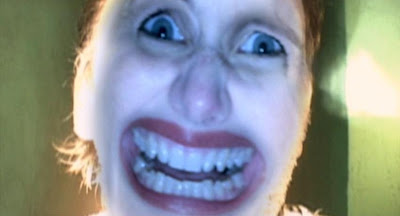 Posted by Sean Gilman at 7:22 PM No comments: