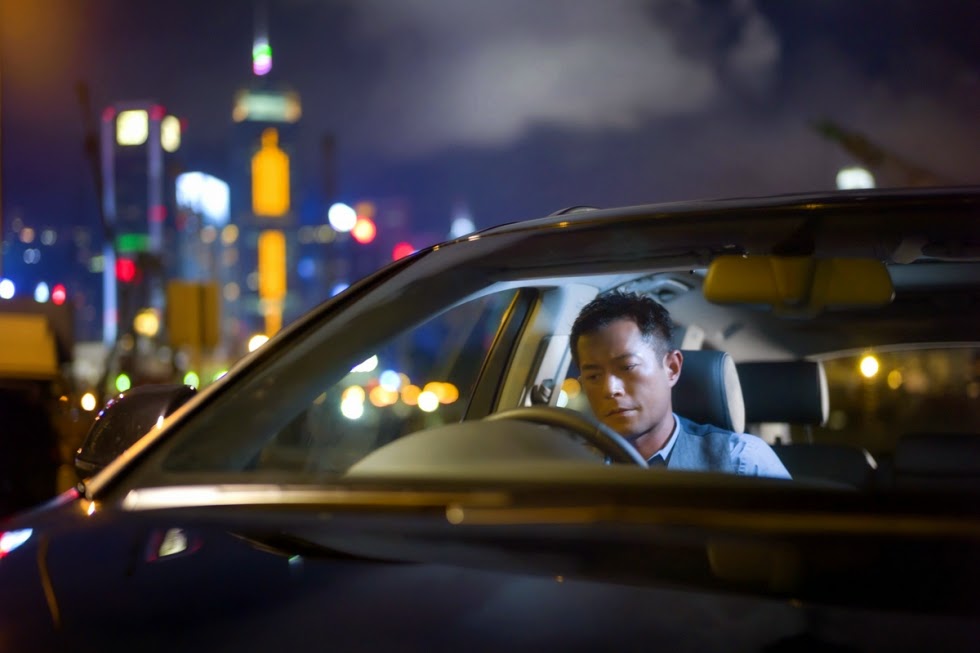 Pang Ho-cheung's ambitious family melodrama chronicles the intersecting lives of an all-star cast, at times grasping towards Magnolia and Yi yi but ultimately settling at an ending so unsatisfying one hopes it's meant satirically. Which, knowing Pang, it very well might be. It's an inverted cousin to Fruit Chan's The Midnight After. Where Chan's characters are haunted by an unknowable, unexplainable future, lost on the edge of an apocalypse, Pang's are haunted by the past, manifesting itself in increasingly obvious and over-explained metaphors (a bomb shelter, an actual unearthed bombshell, a beached whale) and speeches. Chan's film is rough, with jagged cuts and unpredictable shifts in tone and style, smashing comedy, horrific violence,  and eerie ghostliness together in an unwieldy expression of anxiety. But Pang's camera glides through a sleekly modern Hong Kong, gorgeous images of light and color connecting the various characters to their city and to each other with a flowing seamlessness. It's airlessly beautiful, Hong Kong as iPhone packaging.

The story of a father (Ng Man-tat) a Taoist priest in an absurd toupee, and his two children. Miriam Yeung is married to Eric Tsang. She's convinced her dead mother never loved her, manifested as a returned-to-sender package of the paper she had burnt for her mother after her death (a Chinese tradition is the burning of paper money for the dead to use in the afterlife. Various Chinese rituals and traditions will be contrasted throughout the film with the ultra-modern environments of contemporary Hong Kong). Her husband, Tsang, is a doctor who is sleeping with his nurse. Yeung's brother is Louis Koo, a motivational speaker who is married to Gigi Leung, an aging model and actress. Koo is convinced his daughter isn't pretty enough, while Leung tries to navigate her unseemly professional world, where the line between actress/model and prostitute is increasingly thin. Interspersed throughout are marvelous dream sequences: a scale model of Hong Kong, used as pillow shots early in the film, becomes the literal stomping ground of the child's pet lizard; Yeung one night finds herself in a Hong Kong made of paper, beckoned by a ringtone of the theme song to Alfred Hitchcock Presents  (Gounod's "Funeral March of a Marionette") on a two-dimensional taxi ride. 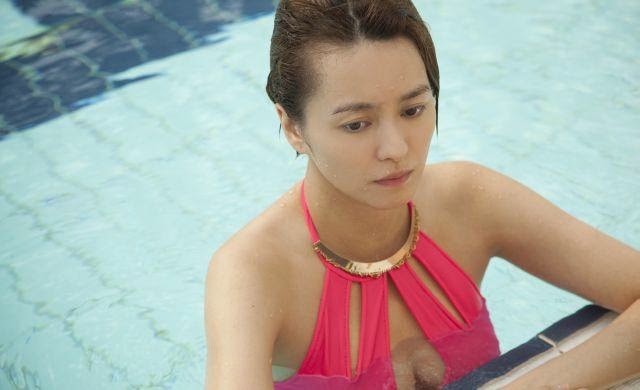 In the end, everything comes together in a way that implies resolution: the family finally eats together (at a McDonald's!), the music rises, people look happily at each other and the bright dawn of a new day. But weirdly, nothing is actually resolved in anything like a satisfactory manner. Miriam and Gigi give speeches (Gigi's only to herself), Eric doesn't change a thing and Louis decides that it's OK if his daughter is ugly because she can always get plastic surgery. What? Is this simply Pang being dumb, misogynistic and/or sloppy? Trying to cover-up the deficiencies in his own screenplay with virtuosic displays of glossiness? Or is it a satire that lies so far beneath the surface as to become almost invisible? These terrible men don't learn a thing and don't change a bit. The women are slightly better off: at least Miriam is. Gigi might be even worse off than when the film started. Early on she stands up defiantly to a producer who implies that her only way of getting a role is by sleeping with the boss. In the end, she's relieved when her husband agrees that plastic surgery is awesome so she doesn't have to tell him about her own past beauty-enhancing medical interventions. She doesn't confront the past that haunts her, it just kind of floats away.

The Midnight After has been for most of 2014 one of my favorite films of the year, its inexplicability and refusal to answer the questions it raises or explore the many facets and potentialities of its plot seems to me intentional and highly satisfying, an encapsulation of the limits of knowledge in a wildly entertaining genre film package. I don't know if Aberdeen is good or not. In its over-determination and over-explanation, I find it more mysterious and incomplete a whole than Chan's intentionally-fragmentary movie. Pang has made a movie that is stunningly, vibrantly, frustratingly dead.