On Tsai Ming-liang's Journey to the West 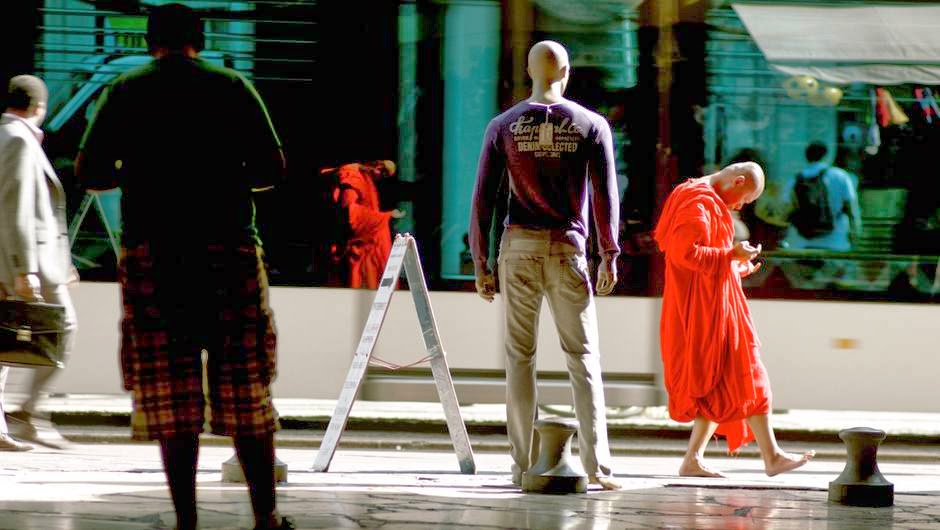 When I was young, in the first half of the 1980s, my punishment for whatever childhood infractions I committed was being made to stand facing a wall for some indeterminate amount of time (probably ten minutes, but which felt like and hour or two to an eight-year old). I committed a lot of infractions, so I became quite used to this, in fact I learned to enjoy it. I'd stare at the wood-paneling (1980s), count the small nail holes, follow the flow and swirl of the knots and the minute contours of the wood. Forced to stare at the same thing for a long time, I learned that if you look at it long enough, anything can become interesting, I learned that boredom is something that can be overcome.

Little did I know this experience was training me to watch Tsai Ming-liang films. This hour-long short (available free this week only here), a continuation of his shorter 2012 film Walker, observes Lee Kang-sheng as he walks, dressed as a monk in flowing red robes, through a city. This time it's Marseille, and there appears to somewhat of a plot, hinted at in the title and clarified in an accompanying note from Tsai:

"His walking, so special and so slow, in all the four corners of the world recalls that of Xuanzang, the holy monk of the Tang dynasty, who traveled thousands of kilometers seeking the holy scriptures. In the classical Chinese novel "The Journey to the West", Xuanzang frees the Monkey king from his prison at the foot of a mountain. In Marseilles, there is a rock that resembles the face of a monkey: in the bay of monkeys. Fashioned by the effects of time, Denis Lavant's face is like these rocky shapes and I am irresistibly attracted to it. That was how I started to think of Lee Kang-sheng walking on his face..." 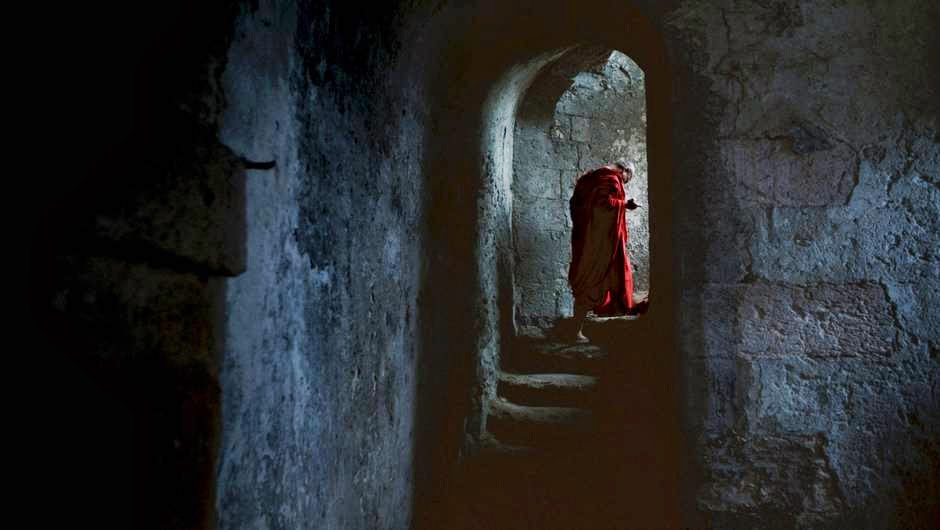 The film opens with its longest shot, an extreme closeup of Denis Levant's face, lying on a diagonal, half in shadow. As Tsai forces us to stare at it at seemingly interminable length, the face becomes something else, an alien landscape of valleys and mountains and rivers and crevasses; every pore, every grey a story, every fold of Levant's now 50+ year old face containing multitudes. We'll revisit this face at the seaside, I assume at the Bay of Monkeys Tsai refers to, making literal the transformation from face to landscape. 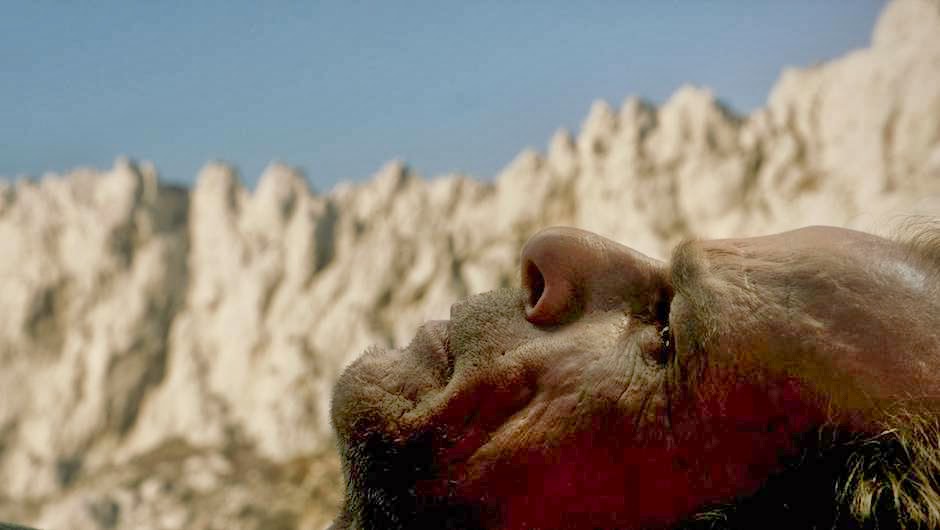 Most of the film though chronicles the monk's journey through the city. These shots come with a fun, Where's Waldo-esque challenge as you try to pick him out in the crowd (hint: he's the thing that's not moving). But they also seem to be allegories for Xuanzang's journey. A pungent red wall becomes perhaps the scene of a mighty battle the monk witnesses, a long staircase a descent into the underworld. The monk begins to appear in reflections, the mirror in a man's apartment, a glossy wall overlooking a plaza packed with travelers and people at play (a crowd gathers around a man playing the piano, another man sets adrift giant bubbles). Are the mirrors indicative of his journey to "the other side"? In one of the film's final shots, the monk is being followed by what looks to me like Denis Levant, also walking very slowly past a sidewalk cafe, following a patch of sunlight. The Monkey King, freed at last, being led back to the East? 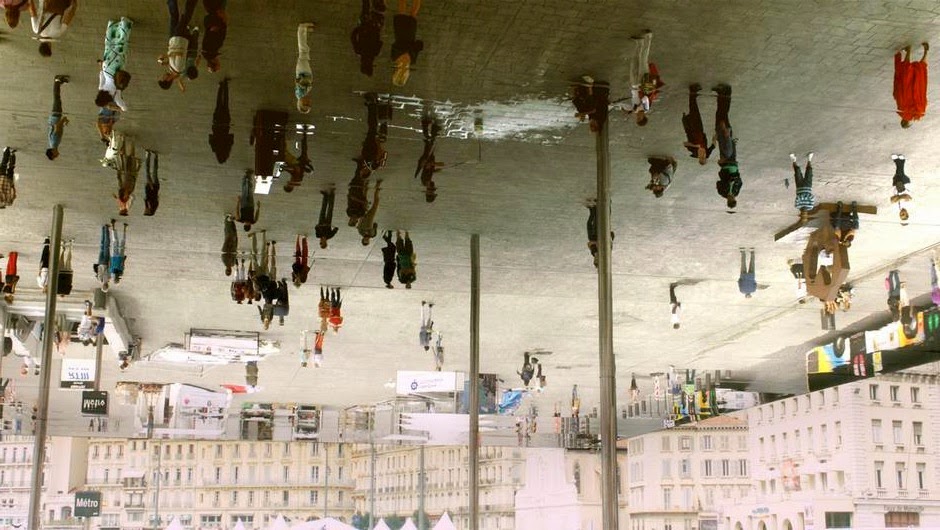 Tsai leaves us with this postscript, from the Diamond Sutra: