Running Out of Karma: Introduction 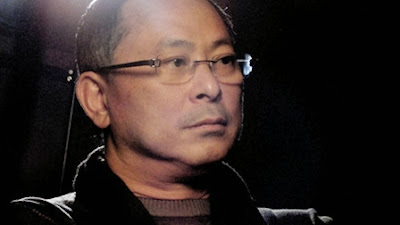 I've spent much of 2013 immersed in Hong Kong cinema. This summer, which I declared The Summer of Sammo, I watched over 80 Hong Kong films, covering the heyday of the Shaw Brothers through the New Wave of the 80s and 90s and into the present day, delving deep into the work of directors like Sammo Hung, Chor Yuen, Lau Kar-leung, Patrick Tam, Tsui Hark, King Hu and Chang Cheh. But my year in cinematic Hong Kong actually began a few months earlier, in February, when on a whim I rented a couple of Johnnie To movies I that hadn't yet seen. That led to more and more To rentals (along with a few other Hong Kong films I'd been meaning to check out), the purchase and actual reading of a pair of books (two events that rarely go together for me), and the recording of a Johnnie To podcast (They Shot Pictures #13). But I didn't do a whole lot of writing. I talked To on twitter and made some occasionally pithy comments on letterboxd, but unlike with the Summer of Sammo, for which I managed to produce 29 long reviews and three podcasts, I really don't have a whole lot to show for my time with To. So I'm setting myself the task of writing about each and every Johnnie To movie, in chronological order.

Johnnie To has never been more popular in the US than he is right now, on the heels of the reasonably successful release this summer of his 2012 film Drug War (it's yet to be seen if that will translate to an American release for his 2013 film Blind Detective). As more and more people discover his work, there's been an explosion in writing about him, at least in the various corners of the internet I seem to frequent. But while much of that writing has been terrific, and I welcome all efforts to introduce what I think is one of the greatest filmmakers working today to a wider audience, I remain disappointed in the lack of a clear, comprehensive overview of his work, one that attempts to describe him as an auteur, as a product of a national film tradition and as a maker of genre films. First and foremost such an approach must deal with all of the director's films, not just, as is most often the case with To, the films in the most familiar or lofty genres. Even a very good book like Stephen Teo's study of To's career focuses almost exclusively on his crime films while neglecting the romantic comedies that have made up a significant chunk of his output (as Teo himself readily points out: the book is called Director in Action: Johnnie To and the Hong Kong Action Film) while barely covering the first 15 or so years of his career. I've read my fair share of books about film directors over the years, and I can't recall any that have had so much of their extant work so readily ignored. It's as if someone wrote about John Ford and dismissed his Westerns with a few stock phrases (as genre quickies, as works-for-hire, as films made to pay the bill for the movies he really wanted to make, which I guess in Ford's case would be highbrow literary adaptations like The Plough and the Stars or The Fugitive). Such an approach seems self-evidently non-sensical to me. 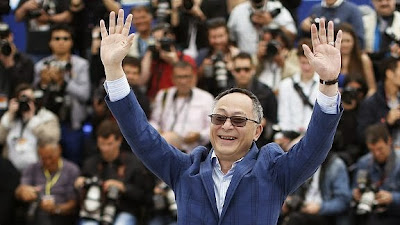 While a film like To's second feature, the goofy 1986 comedy Happy Ghost III, may not be the key to unlocking the mysteries of the Election series, or even show much of an auteurist "signature" at all, it nevertheless might have a lot to say about the state of the Hong Kong film industry in the mid-80s (the role of Tsui Hark and Raymond Wong's Cinema City studio, a subject ripe for a study of its own, for example). And the ways To navigated that climate, successfully or not, may tell us something about the approach he continues to take in running his own studio. And it may end up revealing something interesting about the auteur after all. One of my goals of this project, in fact, is to demonstrate just how vital the romantic comedies are to To's work, how they connect both thematically and stylistically with the "edgier" crime melodramas on which his reputation in the US almost exclusively rests. This was the goal of our They Shot Pictures episode: to develop and present a Grand Unified Theory of Johnnie To, and now I hope to put it in writing.

Additionally, just as I found that Sammo Hung could not be understood in isolation  and needed to be put in context, which meant exploring the films and filmmakers that influenced him as well as his predecessors and contemporaries, I hope to do the same with Johnnie To. To that end, not only am I hoping to watch and write about all of To's films, I plan to continue to explore the last 30-plus years of Hong Kong cinema, to better place him in context and present a fuller picture of the world in which he works. So directors of To's generation such as John Woo, Ringo Lam, Tsui Hark, Ching Siu-tung, Corey Yuen, Wong Kar-wai, Stanley Kwan and Ann Hui will be covered here, as will newer generations of directors that may have been influenced by him, both in Hong Kong and around the world.

Next up: Running Out of Karma: Index 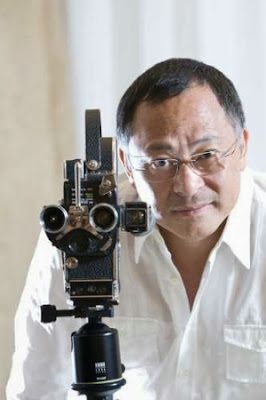