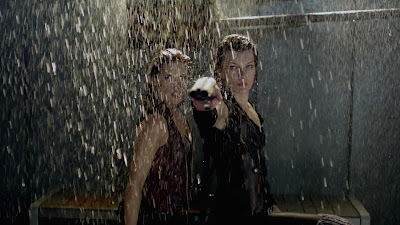 Part One: On Vulgar Auteurism

In recent weeks I’ve been trying to catch up with the works of a number of contemporary action film directors, filmmakers who’ve been labeled by a small subset of the critical world as ‘vulgar auteurs’ for the quality of their movies and the low repute of the genres they work in. The main text for Vulgar Auteurism appears to be this post from mubi.com, which consists of a rough categorization of the filmmakers (inspired by Andrew Sarris’s lists in The American Cinema), followed by links to some writing about some of their films (the links only show up as exclamation points whenever I look at it, not sure if that’s my computer error, their internet error or entirely intentional for some reason that escapes me)[Note: Since this was written, the mubi folks have responded to some of the criticisms of Vulgar Auteurism by revising this post, adding a definition, readable links and revising the proposed list of directors. Here is a web archive link to the original post.]. There’s also a Vulgar Auteurism tumblr that is pretty much nothing but screen captures, making the non-verbal argument that within these genre films lies a genuine (visual) artistry. As yet there doesn’t appear to be all that much writing about these directors in general, in even the short form that follows the lists in Sarris’s book. Mostly the arguments for their auteur status can be found within reviews for individual films. These arguments tend to focus on the artistry of the filmmakers’ image-construction over their thematic content (philosophical, political, etc) or narrative qualities (story, plot, character, dialogue, etc). This Formalist focus somewhat undermines the VA critics polemical stance in favor of makers of low genre film: auteur status comes from the high art sheen (the techniques of mise-en-scene) the directors impose on low material while the actual content of the films is ignored or even ridiculed, thus accepting the art-mainstream-vulgar division the movement is ostensibly opposing. See for example the review of Paul W. S. Anderson’s 2012 film Resident Evil: Retribution by Ignatiy Vishnevetsy:

Anderson's work may not have a lot of narrative substance, but his visual sensibility is so well-developed ﻿that it often doesn't matter; form is substituted for theme. Composed in crisp visual shorthand, Anderson's movies are about images: strong, stoic-faced women meting out violence;﻿ characters executing somersaults through the air; tiny figures venturing into vast, foreboding spaces.﻿
It's certainly a lot of fun, though not exactly profound. A lot in the way of characterization and development gets sacrificed to make Anderson's style work; his movies tend to be about stock characters talking in cliché﻿s in familiar situations—﻿﻿﻿and, unlike the work of a Pop / camp fetishist like Roland Emmerich, it's all done with a completely straight face. Anderson's latest, Resident Evil: Retribution 3D, takes this even further: it's his most generic movie, in every sense of the term. In certain ways, it's also his ballsiest and most playful.

There’s nothing particularly new about critics finding art in disreputable places. The first generation of Auteurists made compelling arguments for the artistry of filmmakers working in such vulgar genres as the musical, the Western, the war movie, ‘women’s pictures’ and the crime melodrama (gangster films, police procedurals and films noirs). And often those arguments rested on the director's creative use of filmmaking techniques in order to convey ideas about the world and about cinema itself (think Fritz Lang’s geometric compositions, Douglas Sirk’s mirrors, Josef von Sternberg’s otherworldly clutter, Vincente Minnelli’s reds, Howard Hawks’s medium shots and so on). But rarely did those arguments rest on the complete dismissal of the ‘content’ of the films. In fact, the autuerists took the radically egalitarian stance of treating low content exactly the same as high, and were therefore open to finding profound insights in the most vulgar places (John Ford’s vision of American history in all its sweep and contradiction or Charlie Chapin’s melancholy humanism). The ideal is for the auteur to have a complete artistic personality, where the form and content of their films combines to express a unique and compelling vision of the world. The classical auteurist project continues today as film and television work by directors like Joseph H. Lewis or Edgar G. Ulmer continue to be unearthed and re-examined. (This is the kind of analysis we were attempting on the They Shot Pictures Johnnie To podcast, To being a director who would certainly be categorized as a Vulgar Auteur if that group wasn’t (for some unknown reason complaining about which is beyond the scope of this essay) confined merely to filmmakers working in Hollywood). In all but a few rare cases, form without content is just as incomplete as content without form. I’ve yet to see this kind of comprehensive study of most of the filmmakers Vulgar Auteurism champions.

I don’t want to overstate this complaint. I haven’t read close to everything put out by the VA critics, so it’s certainly possible I’m misreading them or just missing the pieces where they make exactly the arguments I’m looking for. It’s also true that analysis of visual style is woefully rare in film culture, so the fact that they focus on it at the expense of plot-and-theme analysis has value in and of itself by helping to turn the conversation toward unexamined possibilities in film criticism. Beyond that, it may be the case that these directors just don't have much going for them aside from their images: that the texts of their films really are empty and the only way they have of expressing an artistic vision is through their images ('form is substituted for theme'), that they are simply not complete auteurs in the sense Ford and Lang were. It’s also the case that the most under covered filmmakers are also the ones with the smallest body of work: it’s simply too early in his career for a comprehensive analysis of John Hyams, for example, whereas there have been lengthy studies of VA favorites like Michael Mann and Paul Veerhoeven.

That said, I think the world needs a more comprehensive look at Paul W. S. Anderson’s Resident Evil films, one that recognizes not only the artistry of Anderson’s image-creation, but also the unique qualities of the world he’s constructed over ten years and five movies, a hyper-cinematic world where genre film tropes are given mythological status and ingeniously reworked and varied, a paranoid world of shifting surfaces, mad scientists, homicidal computers and omnipotent corporations, grounded only by the implacable presence of Milla Jovovich. They amount to a remarkable cinematic achievement, regardless of their dubious generic and source material, but is that enough to call Anderson an auteur and if so, does that make his movies, for lack of a better word, good? These are the questions I'll try to answer in the next parts of this series.

Next up: What are the Resident Evil movies?
Posted by Sean Gilman at 4:37 PM