VIFF 2012: Night Across the Street 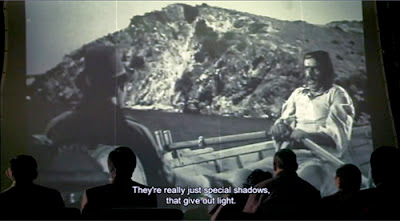 I don't know if there was something apocalyptic in the air last year (Mayans?) or what, but the Vancouver International Film Festival was rife with films about death. There was the clinical examination of the decline and fall of an elderly woman and the husband who cares for her (Amour); the passive-aggressive anecdotes of parents warning their visiting daughter that if she doesn't get married soon she could die alone (Memories Look at Me); the reenactment of a literary descent into the underworld by a modern gangster (Emperor Visits the Hell); the crushing tale of a man who kills his family but can't manage to kill himself (A Mere Life); the heroic struggle of an ordinary woman trying to forestall her son's execution (When Night Falls); a couple bizarre tales of men who don't know they're already dead, one featuring a talking fish (A Fish), one with its protagonist chained to the ground in a freezing park (Moksha: the World); two stories about reincarnation, one relaxed and contemplative (Mekong Hotel) and one hyperactively silly (East Meets West); a film about the grip the past still holds on us, even resurfacing after we die (Tabu); and finally one movie that celebrates even the ways buildings die (Reconversão). But none of those movies are as strange, as generous or as full of wonder as the last film the great Chilean filmmaker Raúl Ruiz completed before he died, Night Across the Street. 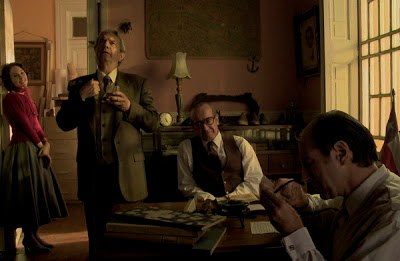 Based on a novel by Hernan de Solar, Night follows Don Celso, an office worker on the verge of retirement who recalls his fanciful childhood (when he was named "Rhododendron" and palled around with Beethoven and Long John Silver) in stories he tells us and anyone else who'll listen while awaiting his imminent assassination at the hands of the other borders in his rooming house. Ruiz moves as fluidly through imagination and "reality" as he does through past and present, creating as dense a tangle of characters as in Mysteries of Lisbon with the ghostly, dreamlike rhythm of Time Regained. He shoots most scenes in a kind of sepia tone, with soft sea greens and grays imbuing the film with a dusty, half-remembered haze. Though we're caught in Celso's cinematic dreamworlds, reality does occasionally threaten to intrude. Young Rhododendron takes Beethoven to a town soccer match that breaks out into a political argument between democrats and fascists (Ruiz himself fled Chile for Europe shortly after the dictator Augusto Pinochet seized power). Late in the film, Celso walks and talks with a friend through his village (something we've seen them do a few times before, always filmed with a weird focus effect that makes the background look like rear-projection) as the old streets transform and modernize before our eyes: the dusty lanes and small shops we've grown accustomed to turn to asphalt and streetlights as the past becomes present. But is it Celso's present, ignored for his remembered present, or is it the future that he won't be around to witness? As with everything else in the film, it's unclear exactly what is happening, but that doesn't make it any less affective. The film's illogic allows it to achieve the kind of emotional depth and complexity that mere precision and plausibility can never achieve. 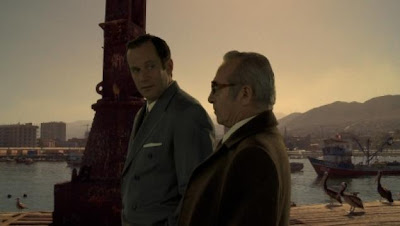 In the end, Ruiz leaves us with storytelling and movie-making. Not just Celso's imagined narratives (a scheming pair of drifters, a triumphantly weird farewell speech to his coworkers, the noir mechanics of his "assassination") but also in the simple joy of words (his officemates join him in "play(ing) at saying words"), relishing the tactile pleasures of pronunciation) and images. Celso's life is filled with fantastical images and metaphors for cinema: clockwork toys, a dancing alarm clock, exquisite ships in bottles (impossible worlds), a restaurant full of mirrors, reflecting an imagined reality ("mirrors don't lie, it's the light that tricks us"). In the film's audacious climax, two characters have a conversation from inside the barrel of a gun. Rhododendron even takes Beethoven to the movies (as I recall, he's unimpressed: "we came to have fun, not to learn anything"). For Celso, as, I suspect, with Ruiz, life is storytelling: the ones we tell ourselves and the ones we share with others. The story may end in death, but the story itself lives on.
Posted by Sean Gilman at 3:53 PM