For the Love of Film: On The Lodger 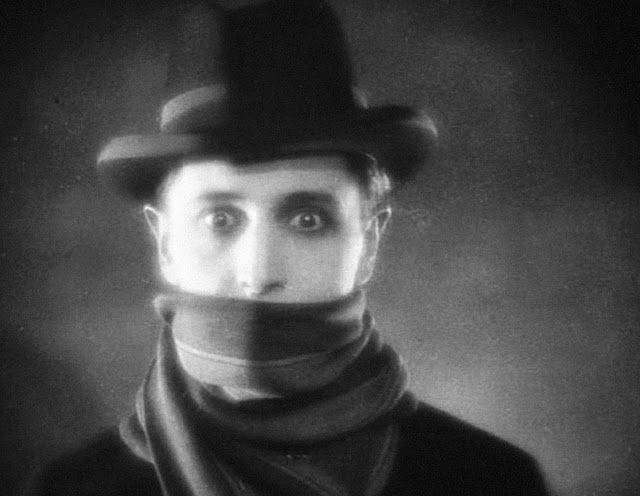 For this Hitchcock-and-silent movies blogathon (to benefit the National Film Preservation Foundation, donate below!), I wanted to finally watch some of Hitchcock's silent films, which I have no excuse for not watching before now other than that there's a whole lotta other movies I haven't seen yet either.  I'm starting with the most famous and generally well regarded, The Lodger: A Story of the London Fog, from 1927.  This was Hitchcock's third film credit as a director, and his first suspense thriller, and has come to be seen as the first "true" Hitchcock film.  And his directorial sensibility, though showing heavily the influence of German Expressionism and a kind of rapid editing Hitch would largely abandon later in his career, ultimately shines quite clearly, especially when the film is viewed in relation to a later Hollywood version of the story, by director John Brahm. 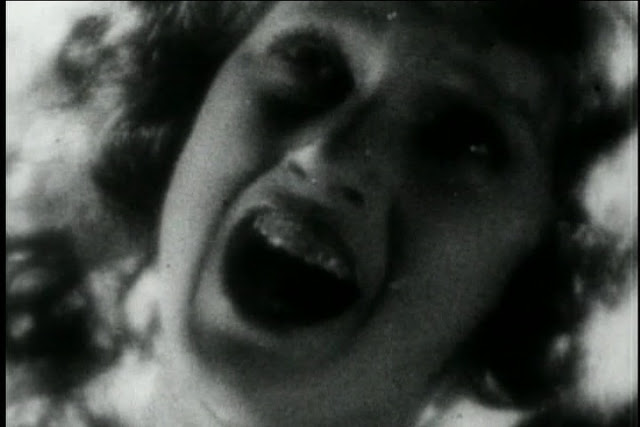 The 1927 film opens with a scream, followed by a furious rhythmic montage of the London streets in the wake of the latest murder by The Avenger, a Jack the Ripper-style killer of women.  The screamer in question is the victim, a blonde showgirl, and the next shot is what appears to be a flashing neon sign, "To - Night Golden Curls".  The sign becomes a kind of mantra, Hitchcock returns to it again and again in these opening shots that establish the world of the killer, the hysteria of the public and the important detail that the killer wears his scarf around the lower half of his face.  A sequence like this built around rapid, impressionistic editing, with the musical repetitions of the neon sign, is pretty unusual for Hitchcock, though probably the most famous scene of his career, the shower scene from Psycho, is of course a masterpiece of quick cuts (so to speak).  The opening section of the film concludes with one of the more terrifying images I've seen in any film, that of the prospective lodger standing fog-enshrouded in a doorway, the lower half of his face covered in scarf as he meets his new landlady. 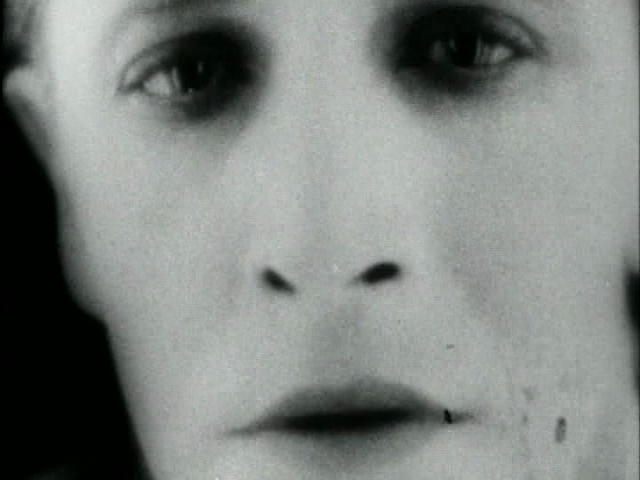 The rest of the film chronicles the suspicions of the landlady and her family that their lodger is in fact The Avenger.  We see lots of circumstantial evidence: the scarf thing, his distaste for paintings of blonde women, he goes out at all hours of the night (in a wonderful shadowy Expressionistic scene, we watch as the landlady watches the lodger sneak out of the house; there's a great shot looking down a staircase in this sequence, prefiguring Vertigo), and he has a penchant for staring creepily into the distance.  Daisy, the daughter of the house, finds him charming though, and the two begin to fall in love, much to the chagrin of the local cop (just assigned to the Avenger case, naturally) who happens to be in love with her.  Thus, mass fear, paranoia and sexual jealousy lead the parents and the cop to conclude that the lodger is the killer.  Hitchcock keeps this is-he-or-isn't-he tension up for most of the film, and the possibility that he is the killer lends a potent charge to his loves scenes with Daisy.  In particular the sequence of their first kiss is stunning:  after a fetishistic sniff and caress of her golden hair, the lodger leans into her and the camera, so close and so over-exposed (at least in the cheap public domain version I saw) that his face dissolves into abstraction: blurred white skin and infinite swirls of black for eyes and mouth, like one of those horrifying Japanese masks, she ducks to the side and he caresses her hair, then Hitch cuts to a side shot and we see a long, slow kiss in profile, then a cut to an over the shoulder shot of her face, lower half blocked by his head as her eyes roll back to the sky then close slowly.  It might be the greatest kiss in Hitchcock, up there with Grant and Bergman's dissolution into a single mass of face and hands in Notorious. 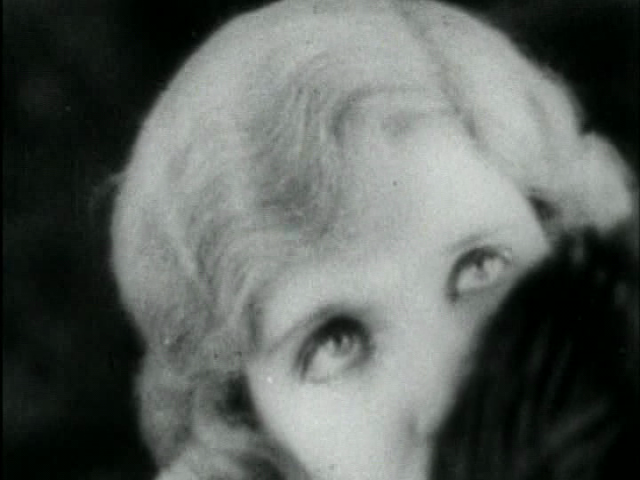 In the last 15 minutes or so we learn that the lodger is, in fact, the first of Hitch's Wrong Men, that his sister was The Avenger's first victim and he's been hunting him down ever since.  Before he can prove his innocence, however, an angry mob nearly beats him to death.  It's only by the simultaneous capture of the real killer that the lodger's life is saved.  This is only the most obvious difference from Brahm's remake.  In that film, the lodger, played by Laird Cregar, actually turns out to be Jack the Ripper all along.  This is fine as far as it goes, and Cregar gets to give some wonderful speeches about how Merle Oberon should thank him for cutting the evil out of her so he can worship her beauty, even though she'd be, you know, dead.  It makes for a fine thriller (the always great George Sanders is particularly charming as the cop), but everything is on the surface, everything is exactly what it says it is and no more.  It's lacking in something that Hitchcock brought to pretty much every film of his that I've seen: depth. 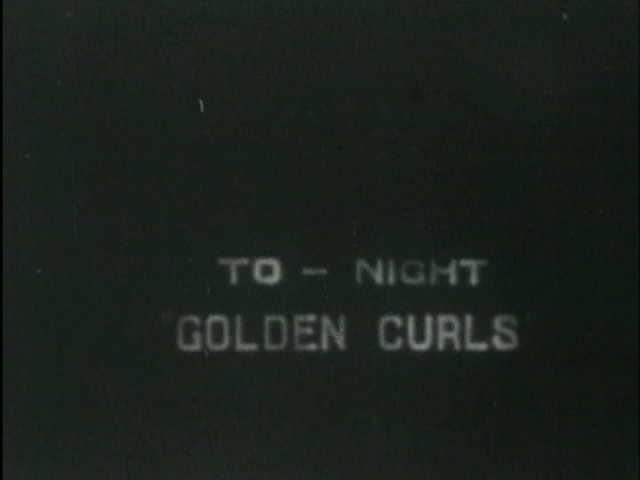 What makes Hitchcock different is that while his films are about what they're about, the plot and general suspense dynamics that are thrilling in themselves, while they are scary, exciting, creepy, funny and so on, everything you look for in a sensory experience from a top flight thriller, there's always another, lower level of meaning, an unease, a fluidity that grabs you at a more fundamental level and invites you to explore what you've seen.  I quoted Dave Kehr yesterday on how a series of Hitchcock films can be taken as commentaries on and metaphors for various arts: Rope, literature; The Trouble with Harry, painting; Vertigo, cinema; etc.  You can say that about Hitchcock and not sound foolish because those depths are always there.  I don't know that they're intentional (I certainly don't think it matters), but there's something about the way he made films that everything is always evocative of something else.  Hitchcock taps deep into our psyches, into the roots of myriad other ideas and concepts, our most archetypal fears; his films always function as metaphors in addition to working on their own terms.  I think this is the source of his appeal: there's something in Hitchcock for everyone, and because of these unresolved depths, there's something new there every time you watch. 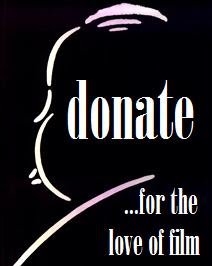