On The Poor Little Rich Girl 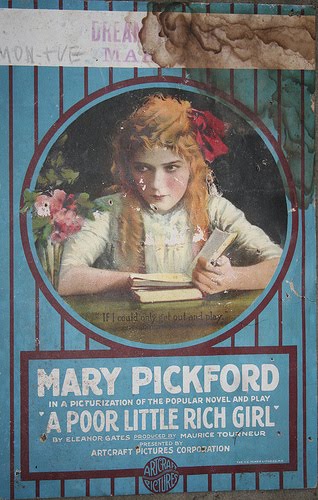 Mary Pickford is possibly the biggest star with whose work I'm the least familiar.  Certainly among the four founders of United Artists (Pickford, DW Griffith, Charlie Chaplin and Douglas Fairbanks) she's the one I know the least about, she's also the one least well known in general today, so I don't think I'm all that alone in my ignorance.  But that doesn't make it right.  This 1917 film is the first feature I've seen her in, and it comes from an odd time in her career.  She was already established as a huge star (reportedly second only to Chaplin in 1916) but was in the midst of a cycle of films in which she played pre-teen children, despite the fact that she was 25 years old, had been married for six years (to her first husband, actor Owen Moore) and had been playing adults for much of her career.  It's about as weird as if in addition to starring in Black Swan in 2010, when she was 28 years old, Natalie Portman had also made Leon that same year, playing the same 13 year old girl role she had actually played in 1994. 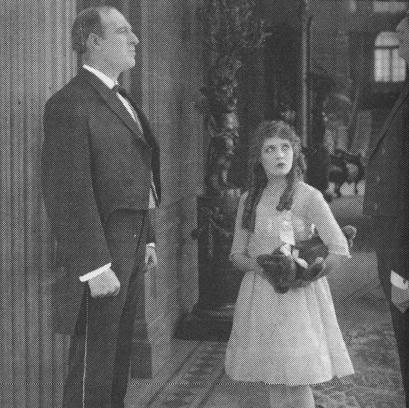 The Poor Little Rich Girl, at least in its first half, can't help but be dominated by this weird disconnect: a fully grown woman playing an eleven year old girl, and the tremendous popularity of Pickford in this role (she played "The Little Girl" also in films like Rebecca of Sunnybrook Farm, Pollyanna and Daddy-Long-Legs) must say something interesting about the way women were seen and understood by popular culture in the 1910s.  Or rather, the popularity of the films can be seen as a backlash against the progressive social changes women were pushing for in the era, culminating in finally getting the vote and banning alcohol.  I don't really know how to process all that right now.  Regardless, on the most basic level of film viewership, the experience is bizarre.  I kept wondering if Pickford was really short, or they just surrounded her with really tall actors and slightly oversized sets, like those old Lily Tomlin 'Edith Ann' sketches.  It's distracting to say the least. 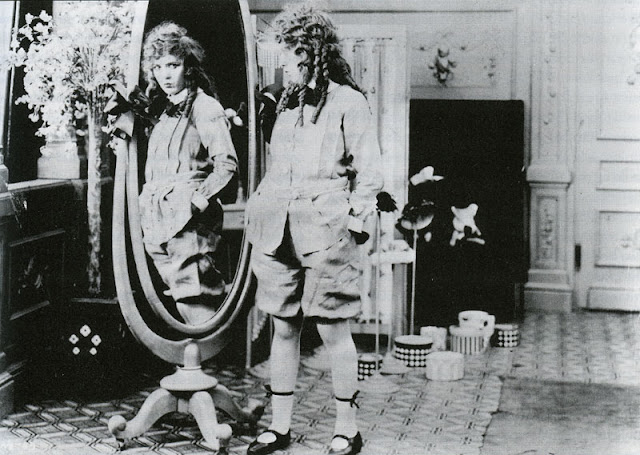 Fortunately, the film manages to be pretty great despite the (unintentional) weirdness at its core.  Pickford plays Gwendolyn, the rich girl victim of parental neglect and mean servants, trapped in her fancy house and not allowed to play with other (poorer) children or go outside or have any fun at all.  The first half of the film details a few episodes where Gwen breaks down the strict social order that's been imposed upon her, and Pickford here is a wonderful physical comedienne playing that slapstick standard agent of chaos: getting in a mudfight with neighborhood boys who've snuck into her garden, getting back at a mean rich girl by tricking her into sitting on a sandwich and most glorious of all, utterly destroying her bathroom, dancing like a madwoman and dousing her maid with malfunctioning plumbing. 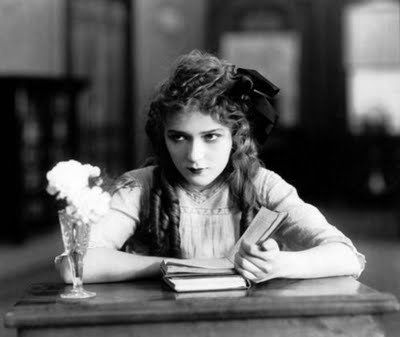 The second half of the film takes a Wizard of Oz turn as Gwen's servants accidentally give her twice the tranquilizer they intend to (they need her to go to sleep so they can go out to the theatre), sending Gwen into a feverish coma.  There she reimagines her life as a quest narrative, interpolating the people she knows with fanciful creatures and objects.  A running trope in the first half of the film had Gwen not quite understanding the metaphors grown-ups use in everyday conversation (one person is "a snake in the grass", her financier father has to "fight the bears" on Wall Street, etc) which is a funny enough joke on its own.  But in the dream sequence, those metaphors take on the literality a child would see them with, such that the governess becomes an actual snake in the grass, the butler a silly jackass, the two-faced maid horrifyingly has two faces and Gwen must fight to save her father from the bears.  It's clever, totally charming and the dramatic resolution with the father re-establishing his role as father first, moneymaker second (shades of Mary Poppins) is genuinely moving. 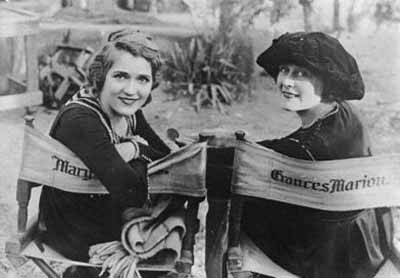 The film was directed by Maurice Tourneur, another major figure with whom I'm lacking sufficient familiarity.  He was, of course, the father of Jacques Tourneur, one of the greatest and most underrated directors of the 1940s and 50s (few directors have three films as good, and as diverse, as Jacques's Cat People, Out of the Past and Stars in My Crown).  Tourneur and Pickford reportedly didn't get along and this was the last of two films they made together, both in 1917.  Later that year, she made two films with Cecil B. DeMille and after that almost never worked with a major director again.  After several years working with Griffith, Edwin S. Porter and Thomas Ince, by the time she was a star she was clearly the auteur of her own films, producing them as well as starring in them beginning in 1916 and running her own studio starting in 1920.  (From Kevin Brownlow in The Parade's Gone By: "Although Mary Pickford says she seldom exercised control over her directors, her cameraman, Charles Rosher, declares that she did a lot of her own directing. “The director would often just direct the crowd. She knew everything there was to know about motion pictures.”")  Which again raises the question of why she kept playing these Little Girl parts.  What does it mean that an intelligent, powerful, liberated woman who had almost total control of her career chose so often, and was so popular in, roles that forced her to play as a child?  To the point that she actually retired when playing those parts became seriously untenable (Pickford: "I left the screen because I didn't want what happened to Chaplin to happen to me ... The little girl made me. I wasn't waiting for the little girl to kill me. I'd already been pigeonholed. I know I'm an artist, and that's not being arrogant, because talent comes from God ... My career was planned, there was never anything accidental about it. It was planned, it was painful, it was purposeful. I'm not exactly satisfied, but I'm grateful.")  Clearly this is a subject for further research. 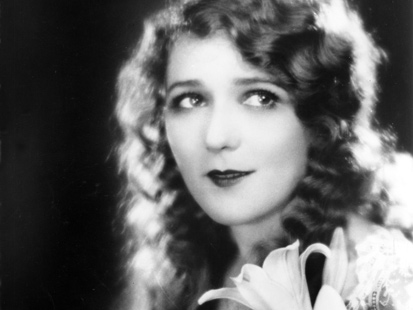