1988's an off-year, no really great movies, though there are some very good ones. 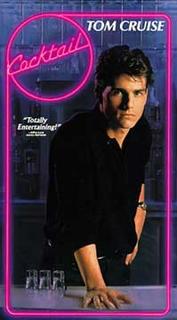 15. Midnight Run - A good, if overrated movie. Frankly, I've always found it a little boring. A good performance by DeNiro, but Charles Grodin gets on my nerves.

14. Who Framed Roger Rabbitt - Warner Brothers cartoons were always better than Disney. It's a shame they don't make shorts like that anymore. The second best Robert Zemekis movie, after Back To The Future.

13. Akira - A good, very influential anime, but I've never loved it as much as a lot of other people do. I find it unmemorable. It's a lot like Blade Runner in that it looks great, I can respect it, I can hardly remember anything about it and what I can remember, frustrates me.

12. Willow - It's a Ron Howard movie. That means it's good, but not particularly great. All his movies are like that. I haven't seen this in years, so I imagine the effects are pretty dated. But there's a great performance by Val Kilmer and some cool action sequences.

11. Dirty Rotten Scoundrels - Very simple con artist comedy highlighted by great performances by Steve Martin, Michael Caine and Glenne Headly. Another movie that seems to have grown overrated over time simply by virtue of not having any really big flaws. 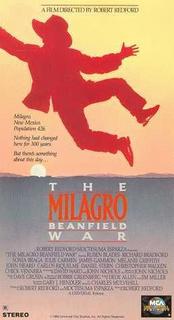 10. The Milagro Beanfield War - A remember watching a Siskel & Ebert episode when I was a kid and seeing this movie reviewed. I remember quite clearly that it looked like a very serious, dark, boring drama. For that reason, I avoided watching it for years and years. One day, forced to watch it, I discovered that I was remembering a different movie all together. This is a very bright, even whimsical little gem of a movie. I've only seen 3 of the 7 movies Robert Redford has directed (Quiz Show and Ordinary People are the others) but they're all great.

9. A Fish Called Wanda - I have no idea why this gets the raves it does. Sure, its funny, but not hysterically so. Yeah, the performances are all pretty good, but that isn't exactly a surprise coming from this cast. It's a good movie, that's for sure. But one of the best comedies of all-time? No way. Inexplicably the recipient of a Best Director Oscar nomination for Charles Crichton, who directed his first movie in 1944.

8. Stand And Deliever - The best of the great teachers genre of movies, generally an unremarkable group. A great performance by Edward James Olmos, a great actor who seems to have trouble finding great roles. He's been really good on the new Battlestar Galactica series.

7. Beetlejuice - I imagine the special effects and scenery chewing by Michael Keaton and Catherine O'Hara don't really stand up over time, but Winona Ryder's performance is iconic. This film is one of the few times Geena Davis doesn't really annoy me. I can't believe people think she should play the President. Alec Baldwin also stars and is alright.

6. The Naked Gun: From The Files Of Police Squad - Without a doubt the funniest movie of the year, Wanda fans regardless. Creepy seeing OJ Simpson in a movie. It's not as good as Airplane! or Hot Shots, but still a classic.

5. Eight Men Out - The second best baseball movie of the year, but one of the best of all-time nonetheless. More historically accurate than most movies, it's a little sappy in that it makes you think these players were treated unfairly, a very debatable claim. It would have been nice for Sayles to dramatize the 'they got what they deserved" side of the issue, at least a little. Maybe something from Christy Mathewson (the great and universally respected Hall Of Fame former pitcher who was one of the reporters who suspected the fix) or Eddie Collins, arguably the greatest second baseman of all-time and one of the clean Sox, he's depicted as nothing but a jerk in the movie. Anyway, the period detail is outstanding, and the cast is great. John Cusak really stands out, but David Strathairn, Christopher Lloyd, Michael Rooker, DB Sweeney, John Mahoney, Charlie Sheen, Studs Terkel, John Sayles, and Michael Lerner.

4. Die Hard - Without a doubt one of the best action movies of all-time. There's a reason why movies are still defined in reference to it. Classic performances from Alan Rickman and Bruce Willis. I never did get why he didn't put his shoes on right away though. great string of movies for John McTiernan: Predator, Die Hard, Hunt For Red October. Then he did Medicine Man and totally fell apart.

3. The Last Temptation Of Christ - The movie that the philistine right thinks The Passion Of the Christ is. This is a sincerely devout and thought provoking film that deserved absolutely none of the criticism it received from moronic religious groups that didn't even bother to watch the movie or the book it's based on before protesting it. Willem Defoe is great in the lead role. Harry dean Stanton is a terrific John the Baptist. the weird cast also includes Barbara Hershey as Mary Magdalene, David Bowie as Pontius Pilate, John Lurie as James, Irvin Kershner as Zebedee and Ileana Douglas as an extra. The problem for me is Harvey Keitel. As much as I like him and think he's a great actor, I simply can't by him as a believable Judas. It's the one flaw that keeps this from being a true classic. Scorsese's movie makes you think, Gibson's makes you feel nauseous (unless you get a masochistic thrill out of it). 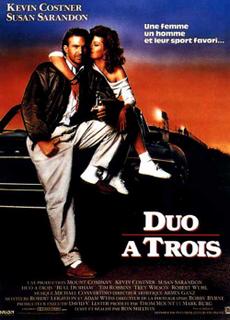 1. Dangerous Liaisons - 1988 was apparently a good year for movies about sex. This one is also highlighted by three terrific performances and a remarkably funny script. In addition to John Malkovich, Glenn Close and Michelle Pfeiffer's great lead performances, Keanu Reeves is remarkable appropriate in his role, Swoozie Kurtz is pretty good and Uma Thurman is quite memorable. My favorite of the three versions of the story I've seen, it's the one that best gets the balance of vicious comedy and sincere drama. Valmont is too serious and Cruel Intentions too campy, this one gets it just right. A great looking movie, and I don't just mean the actresses. I had a theory for awhile that Glenn Close's character isn't just pure evil, but is also a proto-feminist hero, her motivation stems from her desire to get revenge on all the men who have wronged her. I don't know if I totally believe that, and it certainly isn't necessary to enjoy the movie.


Not a lot of great Unseen movie this year, as far as I know: 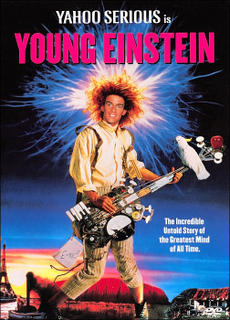 They Live
The Unbearable Lightness Of Being
Tequila Sunrise
Dead Ringers
Earth Girls Are Easy
The Accidental Tourist
Women On The Verge Of A Nervous Breakdown
Mystic Pizza
Colors
Tucker: The Man And His Dream
DOA
Running On Empty
Another Woman
Bright Lights, Big City
Torch Song Trilogy
Young Einstein
I'm Gonna Get You Sucka
Tetsuo: The Ironman
Posted by Sean Gilman at 10:57 PM