I've seen 54 movies from 1987. That's more than one per week for an entire year. Yikes. I saw numbers 48 and 50 in the theatre. As a double feature. I miss double features. 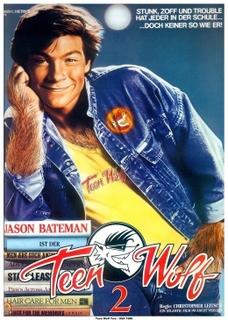 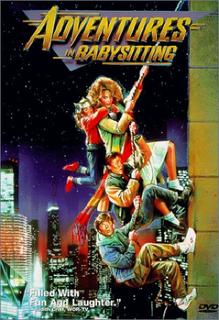 15. Some Kind Of Wonderful - The least well-known John Hughes high school movie of the 80s is one of my favorites. Much better than his similarly-themed Pretty In Pink. Eric Stoltz stars as the Molly Ringwold character. Lea Thompson as Andrew McCarthy and Mary Stuart Masterson plays the Ducky.

14. Ishtar - I know that there are people in the world, who aren't related to me, who like this movie. It was just ahead of it's time. Now, when a serious actor like Robert DeNiro is one of the most reliable dumb-comedy draws in Hollywood, Beatty and Hoffman wouldn't be pilloried for starring in a silly musical about two hilariously bad singer-songwriters.

13. Radio Days - A little Woody Allen movie, but a good one. In the 80s he seems to had a string of perfect little comedy dramas (Broadway Danny Rose, The Purple Rose Of Cairo, Zelig, Radio Days) sandwiched around the epic Hannah And Her Sisters. Not ambitious at all, but well done and entertaining.

12. Throw Mama From The Train - A very odd dark comedy about a couple of bad writers, Hitchcock movies, and the villainous mom from The Goonies. Gets a little too sappy towards the middle, but that's balanced by the greatness of the immortal line "The night was moist."

11. Moonstruck - Surprisingly good. Both the movie and Cher. I didn't like it as much the second time I watched it, but it's still pretty good. Nicolas Cage is great though as the one-armed, opera-loving baker who steals his brother's fiancée.

10. Wall Street - Very overrated film notable really for only three things: Michael Douglas's speech about greed, while overplayed, is still really good; the end of Charlie Sheen's career as a serious actor (he's really bad here, after being pretty good in Platoon; a remarkable scene between Charlie and Martin Sheen towards the end of the film, when Martin realizes that his son has become everything he's always hated. Martin: good. Charlie: bad. 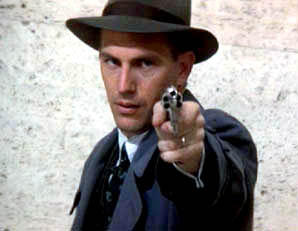 9. The Untouchables - Another overrated movie that nonetheless has some very good elements. Disliking Brian DePalma, I like to ascribe all the elements of this movie that I like to David Mamet, who wrote the screenplay before DePalma took over and butchered it. I believe Mamet's even disowned it. The good parts: Sean Connery, of course. Kevin Costner and Andy Garcia and Robert DeNiro are also all good. The bad parts: this is a movie about how the government are heros for ignoring the Bill Of Rights to kill and capture people who violate a law that no one, not even the agents of that government, think is just. Eliot Ness is a hero to people who think orders must always be followed, regardless of their morality. To put it bluntly: this movie is fascist. The worst part is DePalma's cooptation of the Odessa Steps sequence from Battleship Potemkin. In Eisenstein's film, the baby rolling perilously down the steps was about the inhumanity of the murderous government agents attempting to put down public protest. DePalma takes this great humanist image and uses it to make a hero of said murderous government agents. Despicable.

8. Wings Of Desire - I've an odd reaction to this film since I actually saw its sequel (Far Away, So Close) first. I can't say I liked either of the first two Wim Wenders movies I saw (Until The End Of The World was the other), frankly, they confused the hell out of me. So, when I finally saw this one, I was delighted to see that it actually made sense and was enjoyable. It's a sweet little movie about an angel who wants to be human. It's fun, it's romantic and it won;t make you hate Germans.

7. Evil Dead II - A great improvement on the original, as should be expected since Sam Raimi actually had a budget for this one. It's more of a remake of the first than a sequel, really. There's really nothing like the Evil Dead movies in cinema. Even something like Shaun Of The Dead isn't nearly as crazy or funny. A classic that should be seen by every film fan.

6. The Last Emperor - Bernardo Bertolucci's great epic about the life of Pu Yi, an through him, China throughout the 20th Century. It's a great looking, big-looking movie, but it's the scenes of Pu Yi's reeducation by the Communists that are my favorite. John Lone is really terrific playing a man who was raised to think he was a god who is forced to realize that he really is weak, incompetent and useless. See the longer version (every version is long) it's much better.

5. Raising Arizona - Neither the Coen brothers weirdest nor funniest movie, yet still of the the funniest weird movies ever. Nicolas Cage and Holly Hunter are great as the baby-napping husband and wife. The immortal Randall "Tex" Cobb is iconic as the bounty hunter hired to get the baby back. Coen regulars John Goodman and Frances McDormand also star.

4. Full Metal Jacket - I have to admit that while I've seen the first half of this movie many times, I've only made it through to the end once. And that was in class (my professor claimed that this was the best movie about teaching ever. When asked to pick a film for a teacher's retreat group to watch, he showed them this. I don't think they got it). The first half is so amazing, so powerful and ends so abruptly, that the cut to part two was always way too jarring for me to deal with. It's important to realize, though, that that's the effect Kubrick was going for. Making the audience uncomfortable is what war movies are supposed to do. Not just horrify you, but confuse, disorient and anger you. the first half of the movie is about dehumanizing people, the second is about dropping dehumans into chaos. Great acting from mathew Modine, Vincent D'Onofrio and R. Lee Ermy. Adam Baldwin from Firefly also stars. Apparently, he's not one of those Baldwins. 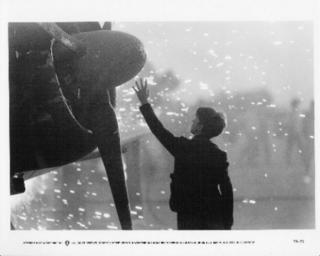 3. Empire Of The Sun - My favorite 'serious' Spielberg movie. I don't know if I like it quite as much as Jaws or Raiders Of The Lost Ark, but it's a heck of a lot better than Saving Private Ryan or The Color Purple (Schindler's List is problematic. More on that in 1993). Christian Bale plays a bratty little rich kid who gets separated from his parents when the Japanese take over Shanghai in World War II. He hooks up with John Malkovich and Joe Pantoliano and grows up during the war living in various prison camps. It's a basic coming of age story, from a director who's made a lot of coming of age stories, but Spielberg's at the top of his game here. It's got that same visual style that's so unfairly pretty, great acting from the two leads (Bale's great at being annoying, and Malkovich is, well, Malkovich), and just the right amount of cheesy emotion.

2. Broadcast News - The second Holly Hunter movie in my top five, this is also her best movie, and one of the best romantic comedies of all-time. Hunter's amazing in the lead role as a network news producer who cares about everything more than anybody else. William Hurt is good as the proto-mimbo anchorman. And Albert Brooks is hilarious as the brainy reporter with perspiration problems. Manages to be not especially insightful while also being prescient about the future of news as "infotainment", it works a lot better as a tragic romantic comedy that as a political statement. By far the best James L. Brooks movie, and the only one that doesn't feel like an overlong episode of Family Ties or something.

1. The Princess Bride - If this wasn't number one, I might find myself without a place to live anymore. But it is certainly deserving regardless of any matrimonial obligations. William Goldman's masterpiece has got it all: great acting, romance, comedy, sports, pirates, a giant, you name it. I don't think there's anyone in my generation who does not love this movie. Consider it our Gone With The Wind, our It's A Wonderful Life, our Butch Cassidy And The Sundance Kid. The book is very good too. Not better, or worse, but also good. Can't say I ever liked the title though. I didn't see it until it was on video because of the title. i just thought it sounded lame. Of course, when I finally did see it on video, I ended up watching it over and over again all that night and many many times after that. You see, titles are important.


Nothing too awful in the Unseen for this year. Matewan is the most embarrassing, and it's in the queue:

Matewan
The Witches Of Eastwick 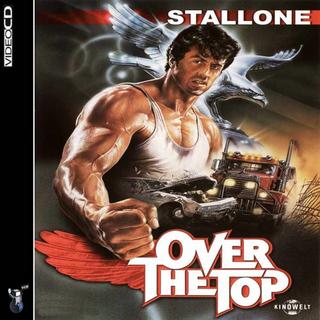