It's been a busy week, but it's over for a few days. Now, back to the countdown. I've seen a lot of movies from this year, but not many I'd call great, and a lot of pretty bad ones. 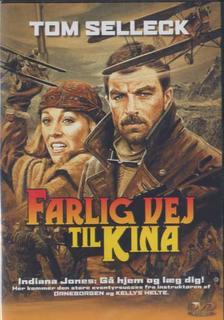 15. Something Wicked This Way Comes - Watched it again a few years ago, and it wasn't nearly as scary as I remember. But, man, did it freak me out when I was a kid. I attribute my fear of spiders to this movie.

14. Terms Of Endearment - It's a big epic cheeseball melodrama. But as those things go, it's a pretty good one. Not even close to being the best movie about an astronaut in 1983, despite what Oscar may tell you. It's basically Steel Magnolias without the accents.

13. Twilight Zone: The Movie - Not as good as the TV show, of course, but still a pretty fun movie. John Lithgow in the Shatner role as the guy who sees the gremlin on the airplane is the highlight.

12. Monty Python's The Meaning Of Life - More misses than hits, at times even boring. Some very good stuff, but not nearly as inspired as their earlier feature films, or the TV shows, or some of the other comedies of this year. Very disappointing.

11. Risky Business - I might have liked it more if I'd seen it as a kid, but I didn't watch this until I was in college. Still, it's not bad. Too many unintentionally bad 80s cliches to consider it a really good movie, but they do make it pretty fun to watch. Written and directed by Paul Brickman, who is three weeks younger than my mom.

10. Gorky Park - It's been a decade or so since I've seen it, though I've seen it more than once. I remember it as a very solid crime drama. It doesn't seem to have much of a following, but I guess that's what happens to these kinds of movies over time. Stars William Hurt, Brian Dennehy, Lee Marvin, and, apparently, the Emperor himself, Ian McDiarmid. Directed by the hard-working Michael Apted.

9. King Of Comedy - It's become a bit of a darkhorse candidate among Scorsese fans as one of his best movies, but I ain't buying it. DeNiro does give a great performance as the unfunniest man in the world who really really wants to become a comedian, but the movie just doesn't work for me. I don't know if it's too weird, or too misanthropic, or stars too much Sandra Bernhard. Not Scorsese's worst movie. 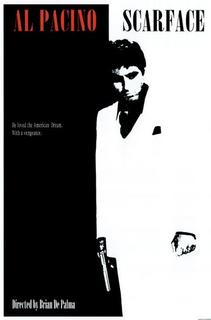 8. Strange Brew - A Canadian comedy about beer, what's not to love? Co-starring Max Von Sydow, who played chess with Death in The Seventh Seal. Much funnier than The Meaning Of Life.

7. Scarface - I know every pro athlete and rapper in the country loves this movie above all others. But honestly, I watched it once and I'm pretty sure I fell asleep in the middle. What I remember of it is alright. The hyperbole and scenery-chewing is intentional, but that doesn't make it interesting. I recall it as a very ugly looking movie as well, and I don't think that was intentional. I do admit that I need to watch it again.

6. WarGames - Another forgotten little classic from 1983. More than just a museum of ancient technology (check out that modem!), it's actually a veery solid, entertaining thriller. Matthew Broderick stars as the computer "hacker" who mistakenly initiates global thermonuclear war. Ally Sheedy is the girl. Directed by John Badham, who did the classic Short Circuit and the very terrible Nick Of Time.

5. National Lampoon's Vacation - The Griswold family goes to Wallyworld. Much like the next movie on this list, just because a series was run into the ground does not mean that we should forget the truly great films that began the series. The first two vacation movies are indisputable classics. Written by John Hughes and directed by Harold Ramis.

4. Return Of The Jedi - The Ewoks are awful, annoying, and stupid. Carrie Fisher and Mark Hamill give two of the worst performances in acting history. That said, this is still a great movie. Just about the only good thing that Lucas did with the special editions was changing the song at the end of this movie from that stupid chirpy Ewok song.

3. Zelig - Like Forrest Gump, if Forrest Gump hadn't been made by someone as dumb as the main character is supposed to be. Woody Allen pioneered the 'inserting the actor into old news footage' technique that Zemekis used much less interestingly in Gump. Allen's first movie with Mia farrow, after Diane Keaton left him to make Reds with Warren Beatty. Perhaps coincidentally, Zelig uses the same style of intercutting interviews with famous people that Beatty used in that movie. Like all of Allen's best movie, it's equally funny and serious. An underrated high point in his career.

2. Trading Places - One of the very few really good political comedies of the 1980s. Eddie Murphy and Dan Ackroyd, at their peaks, star as the victims of an unfortunate practical joke played by Don Ameche and Ralph Bellamy. Jamie Lee Curtis and Denholm Elliot also star. Another John Landis classic.

1. The Right Stuff - In a bad year for serious dramas, this is far and away the best, and easily the best film of the year. It's the story of the beginnings of the US space program, but it's the intercutting of the story of Chuck Yeager (the best test pilot in the country at the time the program started (he's the guy who broke the sound barrier), he decided he didn't want to be an astronaut) that really gives the story some emotional depth. It's not just a history of the space program, it's a study of the kind of hyper-masculine craziness it takes to want to fly faster and higher than anyone ever has before. It's a great looking movie, well directed by Phillip Kaufman (Henry & June, Quills, The Unbearable Lightness Of Being). The cast is outstanding, starring Sam Shepherd, Ed Harris, Fred Ward, Dennis Quaid, Scott Glenn, Barbara Hershey, Levon Helm, Harry Shearer, Jeff Goldblum, Kathy Baker and Lance Henrikson. In a memorable performance as John Glenn's wife Annie, is Mary Jo Deschanel, whose daughter Zooey played Trillian in The Hitch-Hiker's Guide To The Galaxy. One of my favorite movies, I can watch it over and over again, despite it's, necessarily, epic length.


I'm sad to say I haven't seen some key movies from 1983. In fact, I may get my film geek membership card revoked for admitting I haven't seen one of them. 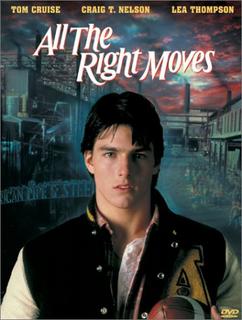