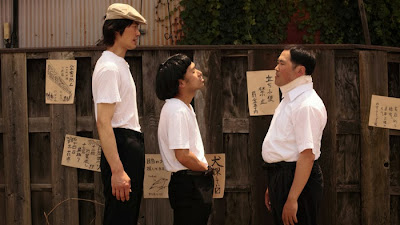 Last night at the festival, the annual Dragons and Tigers Award for Young Cinema, awarded to a distinctive film made early in a filmmaker's career which has not yet won international recognition, was handed out. For the first time, I not only managed to see all of the competing films, but I attended the awards ceremony as well. The jury, composed of critic/programmers Adam Cook, Tom Charity and Geoff Gardener chose to recognize two films in addition to the overall winner: a special mention for Chai Chunya and Four Ways to Die in My Hometown and a first runner-up for Vivian Qu and Trap Street. The winner was Ikeda Akira, for his Anatomy of a Paperclip. These were my three favorites in the competition as well, all very good and well-deserving their recognition, though I probably would have reversed the order with Four Ways winning and Paperclip third. It was a great series of films and a fun competition, I'm already looking forward to next year.

I managed to snap some pictures with my phone from my seat ten rows back: 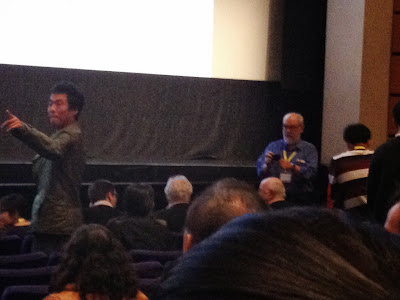 Professor Bordwell taking a picture of the jury and Dragons and Tigers programmer Tony Rayns. 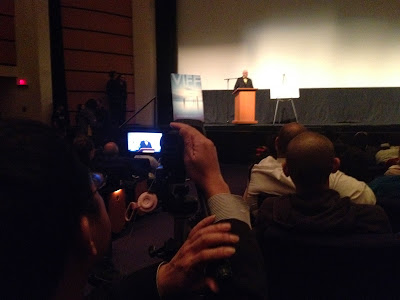 A picture of the VIFF camera guy recording video of Tony Rayns giving his introductory speech. 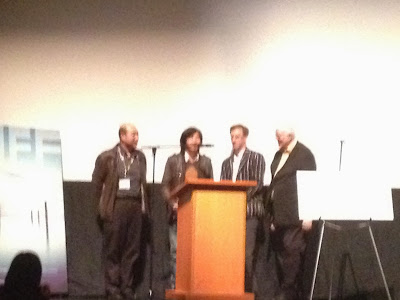 Chai Chunya getting his award from Tom Charity and Tony Rayns. 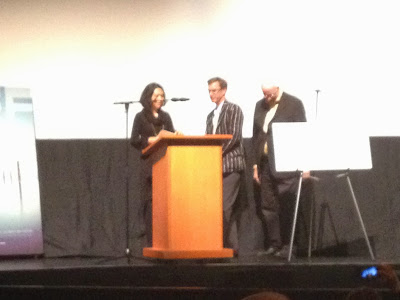 Vivian Qu getting her award from Tom Charity and Tony Rayns. 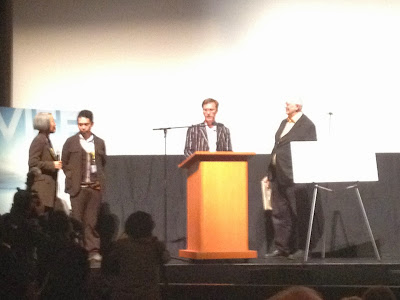 Winner Ikeda Akira getting his award from Tom Charity and Tony Rayns.

I've managed to write about only two of the competition films thus far, Burn, Release, Explode, the Invincible and Four Ways to Die in My Hometown, but I'll get to the others eventually, along with the film that followed the awards presentation, A Touch of Sin, by former D&T award winner Jia Zhangke. About that film, suffice it to say for now: whoa.
Posted by Sean Gilman at 9:10 AM