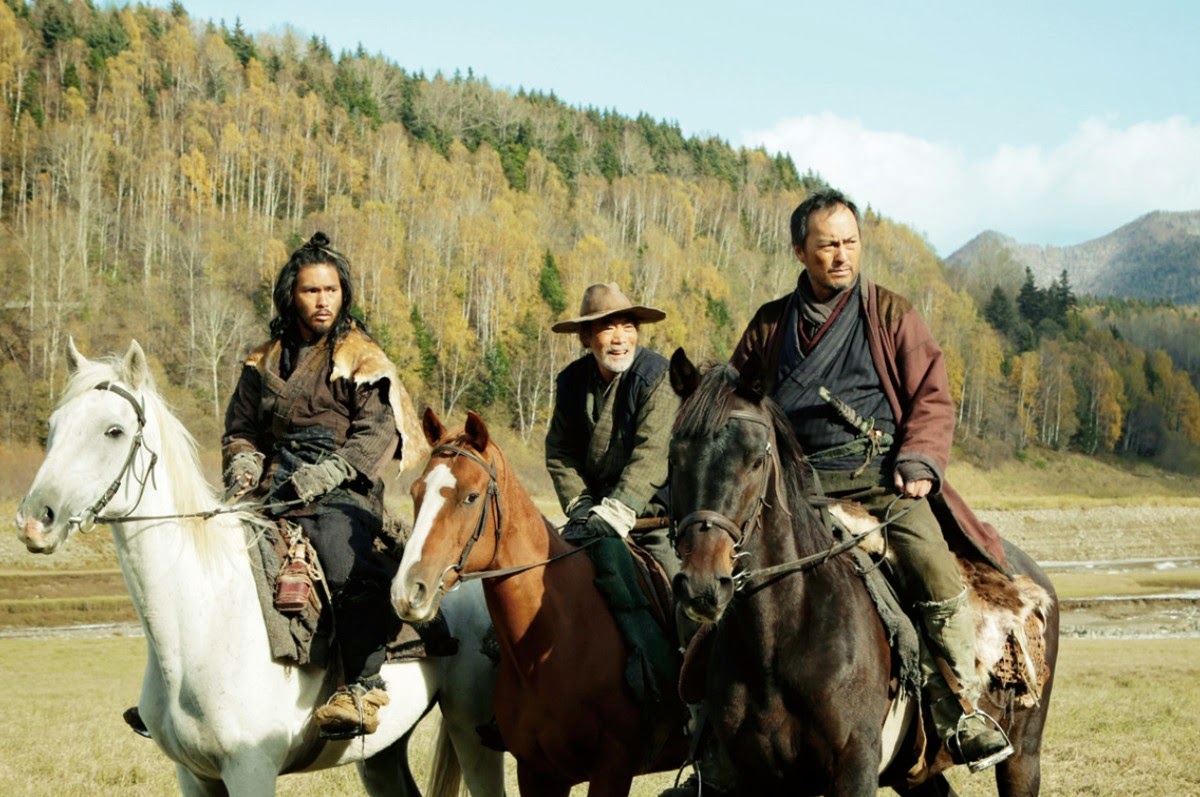 I don't know that the world particularly needed a remake of Unforgiven set in Japan, but here is one and it's fine I guess. It follows Clint Eastwood's 1992 masterpiece almost scene for scene, with a few variations. An old retired killer is brought back by a friend to help collect the ransom on two ranchers who sliced up a whore. They're joined on the quest by a young man who talks a big game but maybe isn't so experienced as he sounds. They're opposed by the local magistrate (not sure his exact title, everyone calls him "Chief") an old fighter himself gone legitimate but no less sadistic.

Eastwood's film is dark and brutal, leavened by some deadpan comedy, a tour de force performance from Gene Hackman, and a sly encapsulation of the history of the Western genre, as seen through the eyes of a pulp writer played by Saul Rubinek. We see the stories of gunfighters on the range with increasing "realism" as first the classical myth (promulgated by Richard Harris's English Bob) is deflated by Hackman's revisionism, and then by Eastwood's nihilism. Violence in Harris's world is a matter of honor, in Hackman's it is low comedy and psychological horror and in Eastwood's it is simply a matter of drunken chance. Eastwood deconstructs the genre to its core, laying bare the senseless heart of America's conquest of the West. 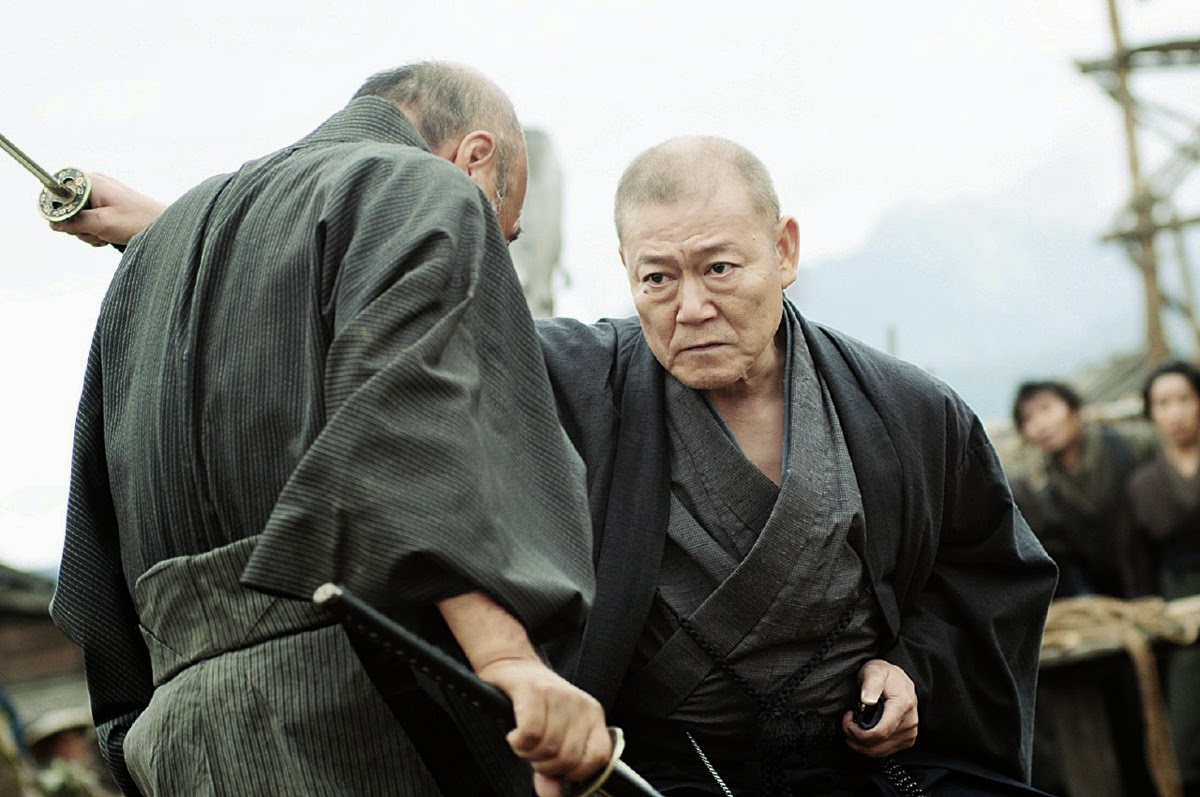 None of that really translates to director Lee Sang-il's remake, however. He sets the film 13 years into the Meiji period, in the late 19th century, a period of rapid modernization in Japan when the last vestiges of the Tokugawa Shogunate were swept away in favor of industry and railroads following the forcible opening up of Japan to the West in the 1850s and 60s. The film begins slightly before that, with Meiji troops hunting down former samurai and executing them, the samurai being the ruling class of the Tokugawa era and symbolic of the kind of feudalism the new government was attempting to erase. Our hero, Jubei, played by a stolid Ken Watanbe, is one of these fleeing samurai. Set on the far northern island of Hokkaido, among the indigenous Ainu people, Lee finds neat equivalents to the industrialization of the American West and the extermination of its own indigenous peoples. 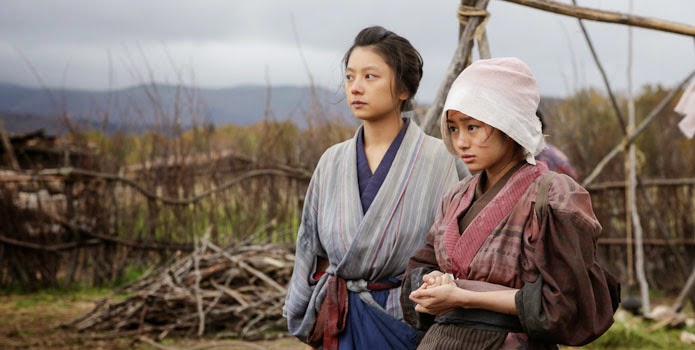 But none of that really translates into a generic critique. There are nods to previous samurai films, most notably in the young man (an Ainu himself) who joins Jubei and his old friend Kingo on the mission, who does a reasonable impression of Toshiro Mifune in Seven Samurai. His bluster, his beard scratching, his drunken wobbling and more are lifted straight from Kurosawa's film, rather than sourced in the Eastwood movie. Mifune plays a farmer who joins the samurai in their defense of a village and after constantly butting up against their rigid social codes ends up distinguishing himself as perhaps the bravest of them all. In equating the young Ainu with this character, Lee sets up an implicit genre statement, but fails to fully explore it. In Eastwood's original, the young man has grown up enamored with the romance of the Western gunfighter. He poses as a badass killer, but when faced with the actual reality of such a life decides that it is not for him, it's simply too horrible. The Ainu follows a similar arc, but it's unclear if Lee means this as a specific refutation of Kurosawa's hero. If so, it's a poor analogy (a man serving in defense of a helpless village and an extra-legal bounty killing hardly amount to the same thing). 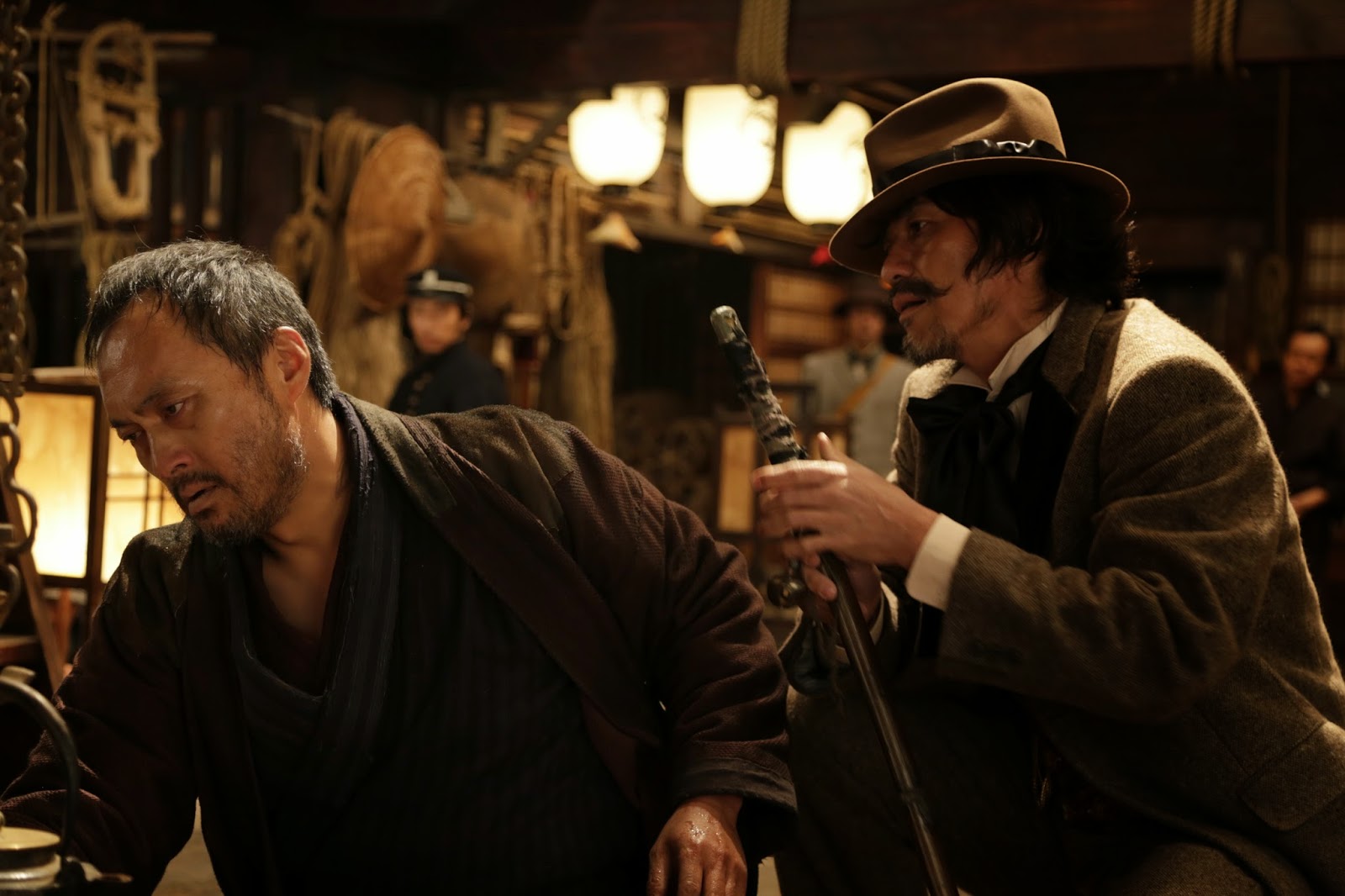 More underdeveloped though is the writer character. Not that there wasn't opportunity here, as samurai literature and the ethos it promulgated is as essential to Japanese history as Western literature is to America, especially considering the ways in which the samurai code was twisted in the run-up to Japan's imperialist wars of the 1930s and 40s. But while Lee includes the writer character, there's no clear sense of the generic or philosophic distinctions between the three swordsmen he follows. The initial one, traditionally dressed, speaking of clan wars, is a good analogue to English Bob, and the Chief effectively captures the thin veneer of institutional authority the Hackman character uses to legitimize his sadism (if never becoming as unhinged as Hackman does), But Watanabe's character doesn't come across as a new generic type in the way Eastwood's does. A lot of the dialogue is missing (the "He shoulda armed himself" joke and Eastwood's explanation that he didn't have a plan for who to shoot first, he was just lucky) and the film gives us a different ending. Rather than a world ruled by randomness, Lee's ending gives us a brutal world, one in which a killer is let loose, marching angrily throughout he snow in extreme close up, finally cut off from his civilizing family. A man to be feared. Eastwood gave us a killer of women and children who runs a profitable dry goods store in San Francisco.

The result then is less than satisfactory. The multiple levels that Eastwood's film operates on justify its deliberate pace and gnarled story structure. The time we spend in the world pays off in the genre-shattering climax, notable not for its violence, but for its break with both tradition and the long quiet moments and mournful landscapes that preceded it. Lee's film, though, without that extra layer of subversion, ends up being just a long slow build to a very gory conclusion, the spare guitar of Eastwood's score replaced by a melodramatic orchestra. 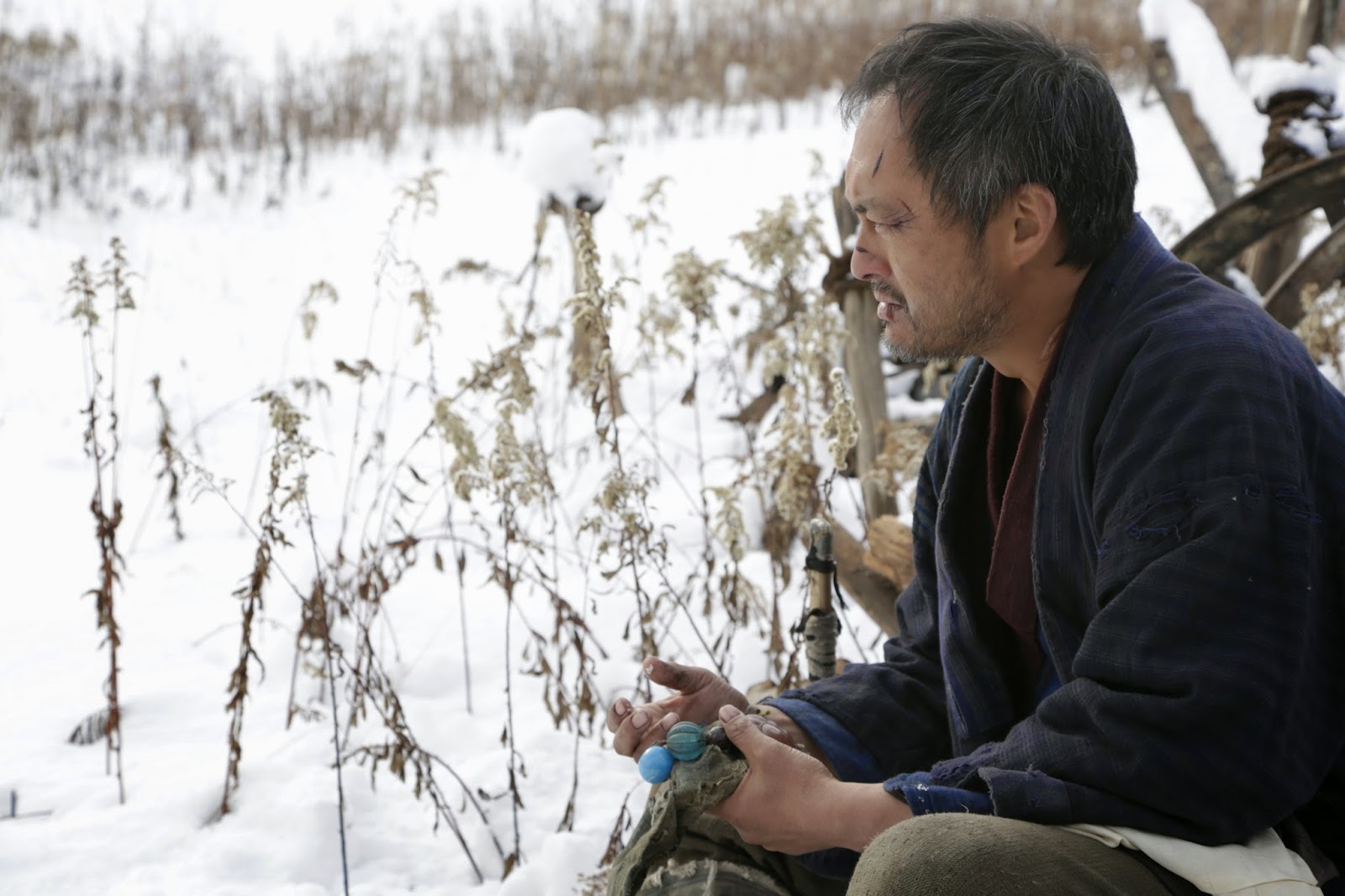