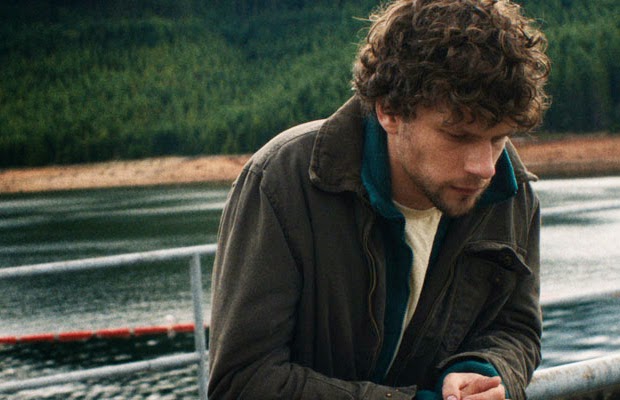 I was unprepared for Kelly Reichardt to take a left turn into conventionality after the greatness that was Meek's Cutoff. Jesse Eisenberg sulks his way through the movie as the least charismatic radical environmentalist in history. The first half of the movie or so, as Eisenberg, Peter Sarsgard and Dakota Fanning plan and execute their operation, is a pretty solid minimalist suspense movie. The aftermath however locks us into Eisenberg's POV and it becomes apparent just how much more interesting those other characters were. As a case study of a certain kind of sociopathic weirdo (the kind with extremely leftist politics I guess) it's fine, but doesn't really go anywhere all that interesting. "Hippies are creeps too" isn't particularly enlightening (another reading: "all men are creeps, even the guys that are totally into sustainable agriculture", even less so). Sarsgard has the least amount of screen time yet leaves the most lasting impression, with Fanning and Eisenberg lost in their polar opposite approaches to overacting (she's all motion and tics and nervousness, he's all mopey eyes, clenched jaw and evil brow). The supporting cast (headed by Alia Shawkat and James LeGros) brings the much needed humor and humanity, but not enough of it.
Posted by Sean Gilman at 2:31 PM