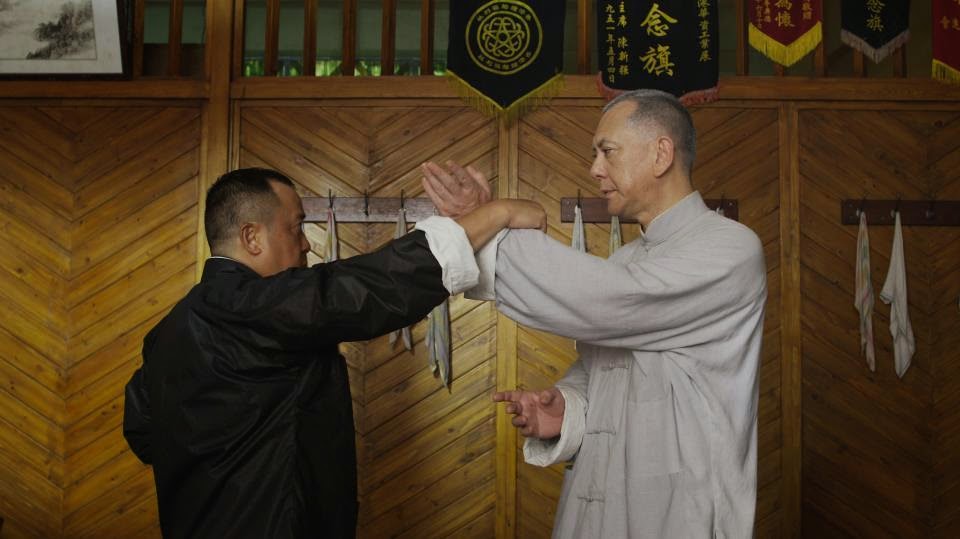 If Herman Yau's first Ip Man film distinguished itself from the other recent movies about the man by focusing intensely on the intricacies of the Wing Chun style, this one does so in the detail historical backdrop it creates for its main character. The opening shot, a long digital zoom from high over Hong Kong down to a CGI-scrubbed period street as Ip arrives in town, a refugee from the Civil War, and asks for directions to what will be his first residence/school, hints at Yau's approach throughout the film. 15 years or so of post-war Hong Kong is chronicled: vicious labor wars, the corruption of the police force, a vast influx of immigrants, dire poverty, gang wars, economic recovery and expansion, the hellish lawlessness of the Kowloon Walled City, a place beyond the jurisdiction of government, police and garbage collectors. Through it all stands Ip, quietly going about his business, not looking to pick a fight, or even have students (they come to him, he doesn't have to advertise, in fact, he refuses to advertise). He doesn't preach, he's not a guru, he never tells people what to do. But they follow him nonetheless. 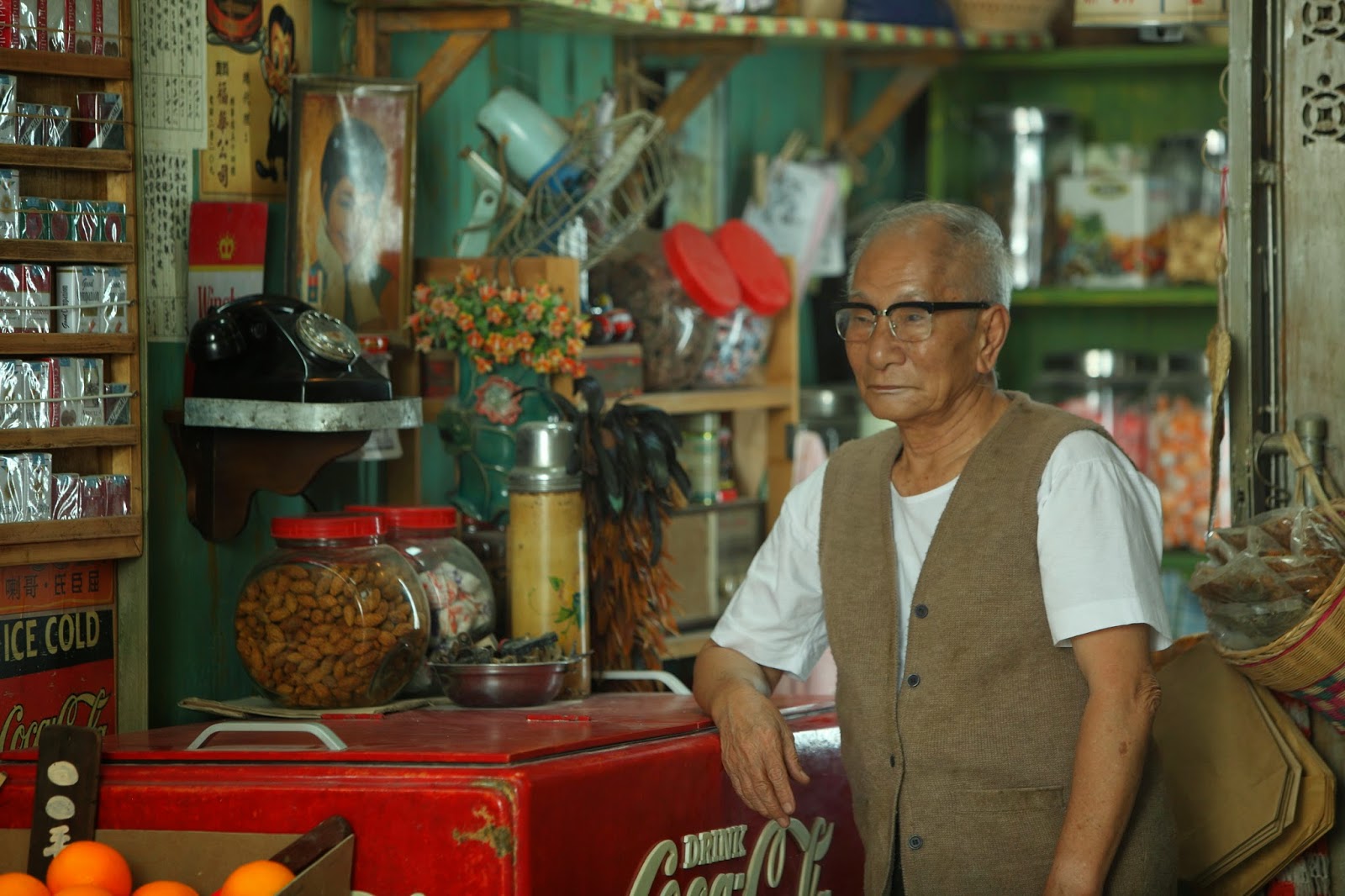 This Ip seems older than the other ones, though Anthony Wong is actually a couple of months younger than Tony Leung and only a few months older than Donnie Yen. Racked by bouts of stomach pain, he seems more frail. Maybe its just the awkward way Wong rolls and smokes his little cigarettes. I don't know: acting. Ip is surrounded by a surrogate family of students, his first disciples There's a hint of an early Christian vibe to their meal scenes together, which might be creepy in less sympathetic hands, or with a more demonstrative and forceful leader at the center. The story is narrated by two characters: Ip's first student and sponsor in Hong Kong, a restaurant worker named Leung Sheung, and Ip's oldest son, Ip Chun. Chun himself played a role in the first Yau film, and he returns in a much smaller, but much more poignant part. He plays the shopkeeper who tells Man he has a phone call, which turns out to be from Ip Chun. We see Man talk to the character Chun on the phone while the real Chun watches in the background. The phone call is the one where Chun tells his father that his wife, Chun's mother, has died. 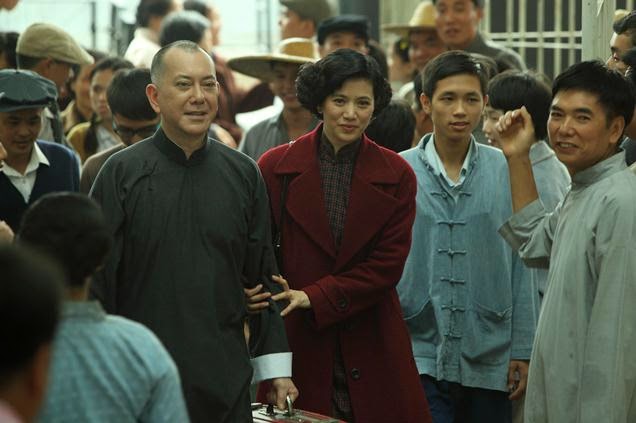 Like Yau's first film, this one ends in an obligatory action-movie climax, albeit Yau seems to resist this genre tendency as much as he can. There's less fighting in this one that in any of the other Ip Man films. Which is probably a good thing because unlike Dennis To, Yuen Biao and Sammo Hung in the first film (to say nothing of Donnie Yen in his films) Anthony Wong isn't really much of a fighter (he told the Singapore New Paper that he was drunk when he accepted the part). As such, Yau makes more use of camera trickery here than he had to in the first film, most noticeably in a friendly sparring match between Wong and Eric Tsang, a rival grandmaster (you can very clearly see the image digitally sped up). The final showdown doesn't have the absurd premise of the spy activities in the first film, but it's fairly ridiculous nonetheless. Ip and his disciples, one of them pregnant, walk into the Walled City, beat up a bunch of dudes and bring a notorious gangster to justice. All of this happens in the midst of a typhoon, as these thing do. 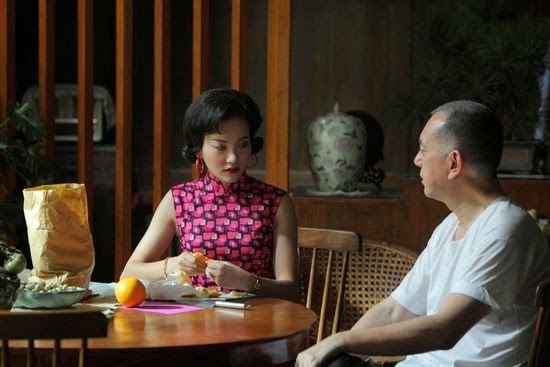 But what sticks with this film is Wong's Ip, in the quiet scenes watering his plants, racked with stomach pains, or visiting with his young girlfriend, an illiterate singer he off-handedly rescues from a couple of toughs, and his underplayed heartbreak at his students' inability to accept her as part of their "family". The true climax of the film comes, as is usual, with Bruce Lee's appearance. This is played as triumphant in the other Ip stories, with Lee the reason we are supposed to care about Ip in the first place ("Yeah, this guy is neat and all but so what? Oh, he taught Bruce Lee, well now I'm interested"). But the Lee we see here, rich, sunglassed, Hollywoodized, is opposite our understanding of Ip and what he stands for. He's much too loud. But Ip doesn't express any disgust or disapproval of Lee. He doesn't correct him, or instruct him in the virtues of simplicity. He simply wanders off to do his own thing and lets Lee decide for himself if he wants to follow.