A tough year to rank is 1997. The number one film is an easy choice, but 2-20 could probably be in any order. I've seen significantly fewer films from this year than previous years, as it was around this time that I really started watching a lot of old movies. 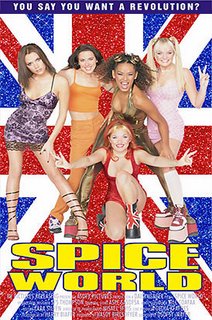 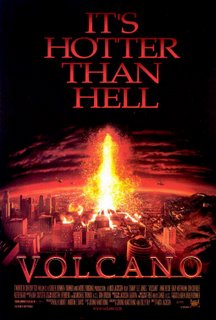 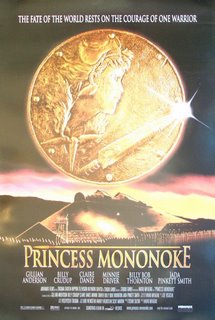 15. LA Confidential - Style over substance. My friends all loved this at the time, and it got a lot of critical raves. I watched it three or four times trying to figure what everyone else saw in it, but every time I did, I found more and more to dislike about it. I think the critical reaction to it is largely because of nostalgia for the noir films it tries to recreate. While it does have a flashy style and some good performances (Russell Crowe and Guy Pearce in particular) it also has a largely random and pointless plot and some awful performances (Danny DeVito and the insanely overrated Kim Basinger.)

13. Gattaca - Stylish little sci-fi film who's stature has only grown with time, maybe to thee point that it's now overrated, but what can you do about that? Directed by Andrew Niccol (Lord Of War) and starring Ethan Hawke, Jude Law and Uma Thurman. Hawke plays a genetically imperfect guy who wants to be an astronaut, so he gets the crippled Jude Law to help him trick the DNA police. 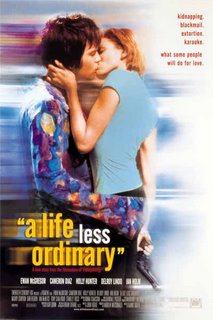 12. A Life Less Ordinary - Kind of Danny Boyle's Big Lebowski in that he followed his big critical and box office hit with a comic genre pastiche that critics hated and nobody went to see. It's not as good as Lebowski, of course, but it is still very good. Dan Hedeya plays the angel Gabriel who gets fellow angels Holly Hunter and DelRoy Lindo to help laid-off cleaning guy Ewan MacGregor and his kidnapped Cameron Diaz fall in love.

11. Titanic - Yeah yeah yeah. It's a seriously flawed movie. Seriously. Flawed. Namely: Billy Zane, Bill Paxton, thee whole present-day framing story, a fair amount of the dialogue, Celine Dion, etc. But still, other than that, it's pretty much the perfect crowd-pleasing epic. Leonardo DiCaprio and Kate Winslet are outstanding, the effects are really very good, it's got a sensible Marxist bent top it and the whole last hour of the film is a great long action sequence. It's a big movie. Really big. Don't let all those annoying teenage girls rule your life. Just because they love it doesn't mean it sucks. The Gone With the Wind comparisons are entirely appropriate.

10. Kundun - Possibly the most underrated Martin Scorsese movie, nobody seems to remember this biopic about the Dalai Lama. It might be his prettiest movie, right up there with The Age Of Innocence, only less boring. You could call it a smaller, more spiritual version of The Last Emperor.

9. Austin Powers: International Man Of Mystery - One of the best examples of a film that didn't do much theatrically but became a huge hit on video. Now recognized as the classic it really is. Parts of the sequels are alright, but really on the first one is great. My favorite line: "That train has sailed."

8. Starship Troopers - Simultaneously a great dumb sci-fi action movie and a hilarious parody of pro-war governments and neo-fascism. Director Paul Verhoeven's had an odd career. He's mixed true sci-fi classics like this one, RoboCop and Total Recall with perverted camp crap like Basic Instinct and Showgirls. I haven't seen any of his Dutch films, I wonder if they exhibit the same pattern. Stars Casper Van Dien, who hasn't done anything since, Denise Richards, who was a minor star for awhile and Dina Meyer, who was great as one of Joey's love interests on "Friends". Also stars Doogie Howser, Jake Busey, Rue McClanahan and one of the all-time great 'That Guys' Michael Ironside. 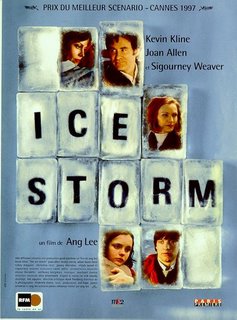 7. The Ice Storm - Ang Lee's adaptation of Rick Moody's novel is one of the few films I can say is actually better than the book. It's about a very bad Thanksgiving break for a couple upper middle class families in the 70s. It's a sad, depressing movie made enjoyable by the outstanding cast: Kevin Kline, Joan Allen, Sigourney Weaver, Christina Ricci, Tobey McGuire, Elijah Wood, and Katie Holmes. The screenplay's by moody and James Schamus, who appears to have written all of Ang Lee's movies.

6. Wag the Dog - Almost too clever, it's remembered more now as an idea, and easy explanation for why politicians do certain things, than as a film. But the reason it's remembered at all is because it's a great movie first and foremost. Robert DeNiro and Anne Heche are political consultants who hire Hollywood producer Dustin Hoffman to create a war with Albania to distract from a sex scandal involving the President. Not as dark or as funny as Bob Roberts, the other great political satire of the 90s. Also stars Denis Leary, Willie Nelson, William H. Macy, Kirsten Dunst and Woody Harrelson.

5. Grosse Point Blank - John Cusak stars as a depressed hitman who goes to his high school reunion on the advice, sort of, of his therapist (Alan Arkin) and secretary (Joan Cusak). Once there he tries to rekindle his romance with Minnie Driver while trying to avoid getting himself killed by the FBI and a rival hitman (Dan Ackroyd) who wants him to join a new hitman union. The first great midlife crisis film for my generation. Also stars Hank Azaria and Jeremy Piven. Great soundtrack. 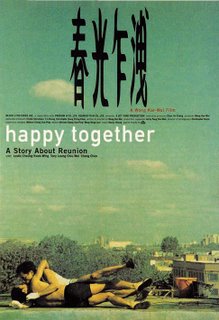 4. Happy Together - Wong Kar Wai's chronicle of a romance between two Chinese expatriates in Buenos Aires starring Tony Leung and Leslie Cheung. One of the best studies of a single relationship ever put on film, made all the more remarkable by the fact that it's in no way relevant that the relationship is between two men. It's one of the few films that manages to treat gay characters as human beings instead of as 'gay characters'. It's got all the trademarks of a Wong Kar Wai film: fantastic images, great acting, an improvised script with a strong French New Wave vibe.

3. Jackie Brown - Minor Tarantino? This Elmore Leonard adaptation was a big disappointment for a lot of people at the time as it lacks the kinetic energy of Tarantino's earlier films. It's much more like Kill Bill Part 2 than Kill Bill Part 1. It's less violent, more character-oriented and not as interesting visually compared to Pulp Fiction or Reservoir Dogs. But that doesn't mean it isn't a great movie. because it is. I think Pam Grier's performance is a bit overrated, but she's pretty good. Robert Forster, however, deserves every bit of praise he received. He's outstanding. Samuel L. Jackson and Robert DeNiro give their typical great performances, DeNiro playing hilariously against type. Bridget Fonda, Michael Keaton and Chris Tucker round out the cast. It might be my least favorite Tarantino movie, but that really isn't much of an insult.

2. Chasing Amy - Ok, I may be overrating this so that the wife won't yell at me. I can't say it's the best made film in the top four featuring gay characters in prominent roles. But Kevin Smith, for once and possibly the only time in his career managed to make a movie that's both hilarious and emotionally mature. What makes it a great movie is the last 20 minutes or so. First, when he makes the homoerotic subtext of just about every buddy movie and homophobic joke ever and makes it text. And then when Affleck gets shot down by the woman he loves for exactly the right reasons. It's funny, sad, romantic and ends unhappily. Unfortunately, it doesn't look like Smith's ever going to make anything so grown up again.

1. Boogie Nights - While there's a lot of randomness in the rankings for the previous 20 movies or so, they're all good but not really great, there's no doubt in my mind that this is the only truly great film of the year. Like all of Paul Thomas Anderson's films, it's about regular (or below average) people trying to assert there humanity. It just happens that this group of people make porn movies. Technically, the film is amazing. The opening shot has mystified me for year, it's a long tracking shot that appears to be a crane shot at the beginning then turn into a steadycam as it moves inside a club. There are several other long tracking shots throughout the film, most notably in the pool party and New Year's Eve party scenes. My two favorite scenes are Philip Baker Hall's speech about switching to video in which you can see the actor playing The Colonel laughing in the background and the big shootout scene set to 'Jessie's Girl' and '99 Luftballoons'. The single best acting moment of Marky Mark's career is in that scene as the camera slowly closes in on him and you can just seem him recognize just how much he's managed to screw up his life. The cast is outstanding: Marky Mark, Burt Reynolds, Heather Graham, Julianne Moore, Don Cheadle, Philip Baker Hall, Philip Seymour Hoffman, John C. Reilly, Melora Walters, Joanna Gleason, Luis Guzman, Tom Jane, Jack Riley and William H. Macy.

Probably some movies I should see on the Unseen list from this year: 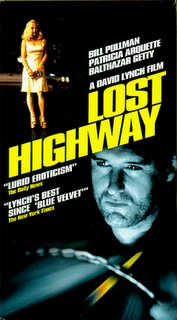 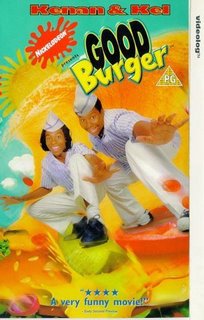