The 90s start off with arguably the two best movies of the decade surrounded by a lot of mediocre. A whole army of sequels, most of them awful. If not for those two top movies, this would be a truly terrible year. 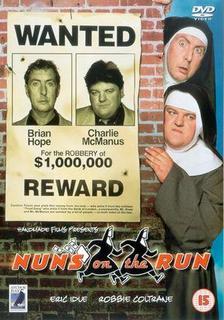 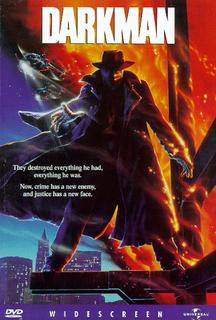 15. Pump Up The Volume - I imagine it really isn't very good, but I've gotta admit I loved this movie in junior high. Christian Slater plays the pirate radio DJ sticking it to the man who wants to shut him down for corrupting the youth. Samantha Mathis plays the girl who wants to corrupt him. Great fun.

14. Presumed Innocent - Very good, if basic, courtroom murder mystery film. Doesn't really do anything interesting with the genre, it's notable mostly for it's excellent execution and the great cast. Harrison Ford stars along with Brian Denehy, Greta Scacchi, Bonnie Bedelia, and Paul Winfield. Raul Julia steals the movie though, I'm not sure why, I thik it's his voice. Apparently both John Spencer and Bradley Whitfield appear, but I don't remember them. Jeffery Wright either. Directed by Alan j. Pakula, weho did Klute, All the President's Men, Sophie's Choice, he Parallax View and, ugh, the Pelican Brief.

13. Dick Tracy - A lot of people don't like this movie, apparently. But I've always loved the look of it above everything else. The characters don't really interest me that much, though Al Pacino is pretty good as the villain. It's the bright yellows reds and blues and stylish camera work that I dig about it. A weird cast too: Warren Beatty, Madonna, Pacino, Glenne Headly, Dustin Hoffman, Kathy Bates, Dick Van Dyke, Mandy Patinkin, Paul Sorvino, Seymour Cassel, Charles Fleischer, Colm Meany, Charles Durning and Catherine O'Hara. Charlie Korsmo, whoi plays The Kid, also starred in Whgat About Bob?, Hook and Can't Hardly Wait and according to IMDB, is currently "Deputy Domestic Policy Analyst for the House Republican Policy Committee of the U.S. House of Representatives." Creepy. 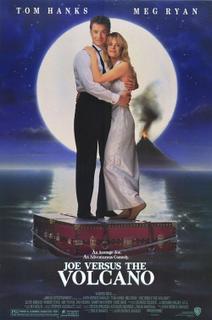 12. Joe Versus The Volcano - Speaking of movies a lot of people hate. . . . I've no idea why so many people find it so hard to like a bizarre existentialist dark comedy where Tom Hanks isn't funny, Meg Ryan plays three roles and the hero tries to kill himself by jumping into a volcano. What's not to love? Written and directed by John Patrick Shanley, who also write Moonstruck and Alive. This is the only movie he's directed. Also stars Lloyd Bridges, Robert Stack, Abe Vigoda, Ossie Davis, Dan Hedaya, Amanda Plummer and Carol Kane.

11. Reversal Of Fortune - The West Wing theme continues as Ron Silver plays celebrity lawyer Alan Dershowitz in this legal procedural about how Klaus Von Bulow got his conviction for attempted murder overturned. The mystery is interesting, so is the law, but the movie gets a little overblown and melodramatic at parts (especially the subplot about Dershowitz fighting to keep two poor guys from getting executed. See! he doesn't just help rich people!) Jeremy Irons and Glenn Close are as good as you'd expect playing the Von Bulows, a truly happy couple. Watch for Felicity Huffman as one of Dershowitz's students.

10. Total Recall - definitely in the running for the dubious honor of being The Best Arnold Schwarzenegger Movie. Could have been a really great movie, if only they'd cast a competent lead actor. As is, the combination of 80s style action movie with Phillip K. Dick style screwing with your head is largely effective. It's not as interesting politically as RoboCop or Starship Troopers, but that's OK. Who wants political insight from Schwarzenegger and the guy who directed Showgirls?

9. Dances With Wolves - Marked down for self-righteousness and what you might call 'Mississippi Burning Syndrome', in that finally making a western about the genocide committed against American Indians, they still manage to have a white guy be the hero. In the same way that the FBI are the heros of a story about the violence committed against civil rights workers. Still, it is a very good looking movie. And Kevin Costner isn't all bad, though he's dangerously close to turning into the Costner we all hate.

7. Hamlet - No one ever talks about it, but I've always loved this version of Hamlet. Probably it's just because it's the first version I saw, and I kept going back to the theatre to try to figure it out (I think it was 4 times I saw it in the theatre). Mel Gibson isn't a great actor, but he's been good on occasion and he's perfectly fine here. The supporting cast carries the movie though: Glenn Close, Ian Holm, Helena Bonham Carter, Paul Scofield and Alan Bates. I greatly prefer it to the Kenneth Branagh version, mostly because I like the medieval castle setting better (this is a very good looking film) than Branagh's Victorian-era mansion. I also found Branagh's beard distracting. 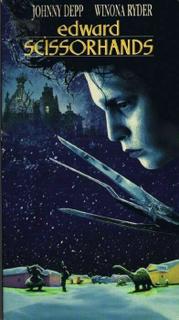 5. The Godfather Part III - Also needs more Winona Ryder. The story is that she was all set to star in it, but called in sick at the last minute. Coppola, having to scramble to find someone, decided to cast his daughter, Sofia, in the key role in the film. She's really not very good and it sinks the whole film as a result. Which is sad, because the movie really is great, aside from her. Its a good looking film, with an interesting performance by Al Pacino and a great one from Andy Garcia. Diane Keaton, Talia Shire, Eli Wallach, Joe Mantegna, George Hamilton and Bridget Fonda also star.

4. Rosencrantz And Guildenstern Are Dead - 1990 was a good year for Shakespeare, I guess. Tom Roth and Gary Oldman star as the two guys Hamlet kills for no reason. The film alternates really interesting insights with absurdist comedy and playing around with words, much like Shakespeare does in Hamlet. Written and directed by Tom Stoppard, it's vastly superior to Shakespeare In Love, which Stoppard won an Oscar for co-writing.

3. Dreams - The last of Akira Kurosawa's movies that I've seen. It's a collection of short films that roughly approximate the director's life and the development of his thinking. Some of the most beautiful images of his career are found here, along with some of the most simplistic thinking. It's mainly two sequences that are flawed: the anti-nuclear one and the finally pro-environment one. They both suffer from the kind of political explicitness that Kurosawa generally avoided. Still, this is possibly the best looking movie of his career. My favorite scenes: The soldier talking to his former unit, who're all dead, and the child witnessing the Fox's wedding in the forest. A beautiful film from one of my all-time favorite directors.

2. Goodfellas - I may be nuts for ranking what many would say is the best film of the decade only #2 in it's year, but it's my list and I think Miller's Crossing is better. Both are great movies, but I prefer the Coens. That's not to say Goodfellas isn't great. It may very well be Scorsese's best movie. I'm not a Ray Liotta fan generally speaking, but he's very good here. Joe Pesci is great in the role that forever typecast him, and Robert DeNiro is Robert DeNiro. Lorrainne Bracco, despite the fact that I think she's great on The Sopranos, I really don't like here. That's about the worst thing I can say about it: I think one of the actresses is a little annoying. 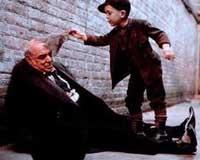 1. Miller's Crossing - Why is Miller's Crossing better than Goodfellas? 1. It's better looking. While Goodfellas is well-directed, the scenery really isn't that interesting. Miller's Crossing however is a beautiful recreation of the Prohibition Era. 2. The writing is better. Goodfellas has a fine, if unoriginal structure. Basically an episodic account of henry Hill's rise and fall. Miller's Crossing is as close to a pulp novel as you can get without actually being a pulp novel. The story is reminiscent of Dashiell Hammett's Red Harvest (a much-filmed story) but the high stylization of the pulps in combination with the Coens's own unique dialogue style fit perfectly together and make for a truly brilliant script. When they've tried the same thing with screwball comedies, it hasn't really worked, but this time it did. 3. It's more interesting. Goodfellas doesnt tell us anything we don't already know. it's the chronicle of an interesting life, but we don't really gain any insight into ciminals or ourselves. Miller's Crossing is opaque. I've spent a long time pondering the importance of hats to Miller's Crossing, I've yet to come up with or encounter a satisfactory explanation. Gabriel Byrne's character is simply more complicated and more unique than Henry Hill. 4. Better cast. While Miller's Crossing doesn't have anyone with the abilities of DeNiro, DeNiro doesn't really do much in Goodfellas. I'd take Gabriel Byrne, Albert Finney, John Tuturro, Marcia Gay Harden, Jon Polito, Steve Buscemi and J. E. Freeman over Ray Liotta, Joe Pesci and Lorraine Bracco any day.


Not too bad on the Unseen this year: 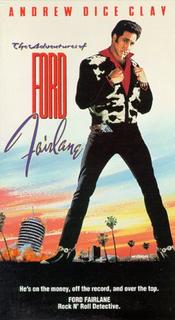