A huge year is 1985, with a record 42 Movies I've Seen. Not a lot of depth though, as the vast majority of these are movies I liked well enough as a kid, when, frankly, I'd watch anything. Really only one or two truly great movies this year. 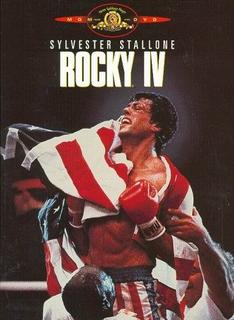 15. Weird Science - Strange that this and Real Genius cam out the same year. Just an early example o Hollywood groupthink I guess. Like when Dante's Peak and Volcano came out the same year, or Deep Impact and Armageddon. Bill Paxton's Chet is one of the defining performances of the 80s.

14. A Room With A View - You won't find a bigger Helena Bonham Carter fan than me, but this is not her best Merchant/Ivory film. Still, it's not bad. Probably won't make you fall asleep. Denholm Elliot is in it too, so that's good.

13. The Goonies - After watching it again last year, I can't say it holds up well over time. Still, one of the great kids movies of the decade, for sure. Joe Pantoliano is surprisingly one of the Fratelli's.

12. National Lampoon's European Vacation - More of the same, only this time making fun of foreigners instead of Americans. Still very funny though. Billy Zabka co-stars. That's The Billy Zabka.

11. Ladyhawke - A personal favorite, a really great looking movie. Does the whole fairy tale thing very nicely. The special effects are dated, and the acting isn't particularly good, though it doesn't bother me too much. The score is a problem. I recall it as that annoying 80s-synthesizer wanna-be Vangelis crap that isn't any good when it is Vangelis. Ugh. Vittorio Storaro did the cinematography, so you can believe me when I say it looks great. He's the guy who did Apocalypse Now, Reds, The Last Emperor, Dick Tracy and, uh, Ishtar. 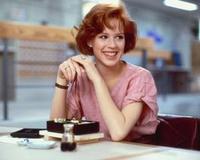 10. The Breakfast Club - I can't say I'm a huge fan of the John Hughes films. They seem to forced and unnatural too me, dividing the kids up into whatever ideology Hughes has at the time (normally cheap class-based stereotypes). But this is an important film, and does have some very good parts. It works better for me than, say, Pretty In Pink. Probably because Molly Ringwald doesn't get the chance to sell out.

9. Back To The Future - 1985 may not have a lot of great films, but man does it have a lot of classic kids/teen movies. This is the best of them, by a fair margin too. Michael J. Fox and Christopher Lloyd give their typical fine performances, but it's Crispin Glover and Lea Thompson who are the real stars of this movie. Tom Wilson, who played Biff, as had a rough career. It's highlights are: Action Jackson, the Wing Commander video games, Turner & Hooch and the Spongebob movie. Ouch.

8. Brazil - It's overrated, but it's still very good. I have to knock it down a few notches because it's one of those movies I can never really remember, no matter how many times I see it. Jonathon Pryce is great as the hero, lots of other great actors star, but it's Katherine Helmond from Who's The Boss who is the creepiest.

7. Clue - One of the few attempts to make a modern screwball comedy that actually works. And, as far as I know, the only good movie adaptation of a board game ever. Directed by Jonathon Lynn, whose career has been truly horrifying ever since (Nuns On The Run, My Cousin Vinny, The Distinguished Gentleman, Greedy, Sgt. Bilko, Trial and Error and The Whole Nine Yards.)

6. Fletch - I can't rate it any higher because, to my shame, I've only seen it a couple of times. Enough to recognize it's brilliance, but not enough to be able to quote it at will. I suspect it is the best Chevy Chase movie, but I cannot prove it. Director Michael Ritchie's had an interesting career, which I believe I chronicled in the Bad News Bears entry in 1976. Did I mention Cops and Robbersons?

5. After Hours - In it's own way, a perfect little comedy. Doesn't rank any higher because it doesn't want to. Griffin Dunne plays a guy who gets trapped in SoHo, passed from one lunatic woman to another. The cast is great (Bronson Pinchot!) This is what Scorsese did after his first attempt to make The Last Temptation Of Christ fell through. Its really the only comedy he ever made, unless I'm forgetting something. 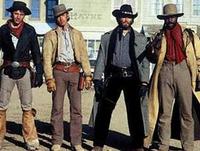 4. Silverado - A great classicist Western from a time when the Western was all but dead. Lawrence Kasdan wrote and directed an outstanding cast (Scott Glenn, Danny Glover, Kevin Kline, Brain Denehey, Kevin Costner, Jeff Goldblum, Rosanna Arquette, John Cleese,) There hasn't been a Western like this in a very, very long time.

3. Out Of Africa - Call me an imperialist pig if you will, but I love this movie. Frankly, the insinuation that there's anything racist about this movie is absurd. It doesn't have anything to do with colonialism in Africa, it just happens to be set amongst colonialists. Arrgh, don't get me started. It isn't the politics I dig, nor the very cliché romance (ooh Robert Redford as the quiet manly man who doesn't want to commit to the woman he loves, shocking!). It's Meryl Streep. Or rather, it's Streep as Isak Dineson. Dunno why, maybe it's just the way cool accent, but I just think she's a fascinating character. And it's a great looking movie to. In a generic 'look at the pretty scenery' way, but still great looking. Besides, what's wrong with a little imperialist, cliché, melodramatic romance now and then? Jerks.

2. The Purple Rose Of Cairo - One of Woody Allen's more underrated movies, and maybe the best movie about movies ever. Mia Farrow's outstanding as a Depression Era neglected (even beaten) wife who escapes into the movies every week. One day, the lead actor in the movie, Jeff Daniels, escapes the screen and into her life. The melodrama of the Depression scenes is expertly balanced with the comedy of what the characters in the movie do without Daniels. By far the best 1985 movie with "Purple" in the title. Despite what any Book Club founders may tell you.

1. Ran - Akira Kurosawa's last great movie, it's his version of King Lear, and it's a heck of a lot better than the play, at least better than reading the play. Tatsuya Nakadai plays the samurai king who splits his realm between his sons, but rejects the one who tells him what a stupid idea that is. "Ran" is Japanese for 'chaos' and that's pretty much what happens. An amazing film, from the battle scenes ripped off by Spielberg in Saving Private Ryan, to the Noh influences in make-up, costume and acting, the brilliant use of color, and the terrific, non-method acting, especially by Nakadai and Mieko Harada, who as a combination Lady MacBeth, Edmund character is one of the great movie villains of the 80s. Only Kurosawa's third best movie, but that's only because the two better films are among the top ten best movies of all-time. 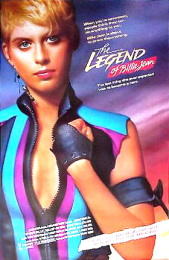 Pale Rider
Enemy Mine
Prizzi's Honor
Mask
Brewster's Millions
My Life As A Dog
Subway
The Toxic Avenger
Jagged Edge
Kiss Of The Spider-Woman
My Beautiful Laundrette
The Falcon And The Snowman
The Legend Of Billie Jean
Vision Quest
Once Bitten
Year Of The Dragon
Posted by Sean Gilman at 3:36 AM