A huge year is 1984, with an amazing 35 Movies I've Seen, obliterating the previous record. Great quality too, as at least the top 11 are all undisputed classics. And not a single one of them is Sixteen Candles. 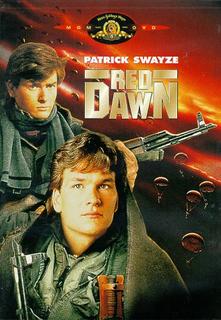 15. Broadway Danny Rose - One of the few times Woody Allen made a simple, non-manic character study-comedy that actually works. Allen plays a bumbling theatrical agent who does everything possible to satisfy the one client he has who actually has any talent. Mia Farrow's excellent (almost unrecognizable) as the client's ditzy girlfriend who Allen must shepherd around the city.

14. The Bounty - All-star retelling of the Mutiny on the Bounty story that ditches the Hollywoodization of earlier versions and goes for realism above all else. Anthony Hopkins's Captain Bligh isn't the sadistic freak he is in other versions, nor is Mel Gibson's Fletcher Christian the rebellious hero he was in the Gable or Brando versions of the story. Also starring are Daniel Day-Lewis, Liam Neeson, and Laurence Olivier. Directed by Roger Donaldson, the man responsible for No Way Out, Cocktail, Species and Dante's Peak. Screenplay by Robert Bolt (A Man For All Seasons, Lawrence Of Arabia).

13. The Killing Fields - The story of the takeover by the Khmer Rouge of Cambodia and how it affected Western journalists. That's being a little unfair to this fine movie and the terrific performance by Dr. Haing S. Noir, a real-life Khmer Rouge escapee, but this is a movie about America, not about Cambodia. It's the same mentality that brought us Mississippi 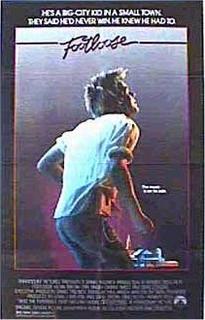 Burning: a film about the civil rights movement in which the FBI are the heros. It's well-intentioned, I think, but doesn't really tell us much we didn't already know.

12. Footloose - Might be the best musical of the 80s, not that there's much competition. It's a nostalgia pick, as this was the first movie I ever saw in a theatre without adult supervision. The soundtrack remains a favorite. The cast is surprisingly good, with Chris Penn, Sarah Jessica Parker and Diane Weist in supporting roles. Kevin Bacon and John Lithgow are, of course, their usual brilliant selves. If you think the premise is absurd: it's actually based on real events. Yes, people really are crazy enough to ban dancing.

11. Beverly Hills Cop - The quintessential Eddie Murphy movie, and perhaps the film that best captures the 80s as a whole, in all their wacky, violent, greedy craziness. A classic supporting performance by Bronson Pinchot, which probably got him that Perfect Strangers job. Director Martin Brest has had an odd career. After this film, the only movies he made are: Midnight Run, Scent Of A Woman, Meet Joe Black and. . .Gigli.

10. The Terminator - James Cameron's breakout movie is a near-perfect sci-fi horror movie. Great performances by Arnold Schwarzenegger and Michael Biehn really help what is essentially just another slasher movie. The film is hurt by what I think is a dreadful performance by Linda Hamilton. She's just awful, and the standards fro female leads in horror movies aren't particularly high. I always ending up rooting for the robot.

9. Indiana Jones And The Temple Of Doom - Unfairly forgotten as the second film in its trilogy, I think it's significantly better than the third one. It lacks the epic scope of the first movie, and descends too much into melodrama (oh won't somebody please think of the children!), but the final long action sequence is as good, if not better, than any other in the series. Kate Capshaw's pretty bad too. That doesn't help.

8. The Karate Kid - Another nostalgia pick, to be sure, but a pretty flawless coming of age film. Ralph Macchio and Pat Morita are very good (Morita even got a Supporting Actor nomination) and Elizabeth Shue is, well, Elizabeth Shue. Yes some of the supporting performances aren't very good, but that's where the camp value comes in. If William Zabka is a bad actor, but you cannot imagine the film without him and he makes a hateful villain, can his acting really be bad? Zabka's had a rough career by the way, we should cut him some slack. 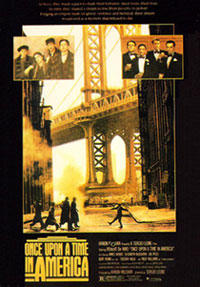 7. Once Upon A Time In America - One of those great movies that ever got released the way they should have. Thankfully we should see much less of this in the DVD era. I haven't seen the chopped up version of this movie and neither should you. Get the long version. A chronicle of 30 years in the life of childhood friends and gangsters Robert DeNiro and James Woods, it also features Elizabeth McGovern, Joe Pesci, Jennifer Connelly, Danny Aiello, and Tuesday Weld. Long, slow, great looking, it's about as good as anything Sergio Leone ever did.

6. Blood Simple - The Coen Brothers burst onto the scene with a truly unique thriller about a hired killing gone horribly wrong for everyone involved. It's not nearly as funny as most of their later movies, but there are the tell-tale moments of true weirdness that are the Coen's hallmark. The film is hurt by the fact that the hero is not an especially interesting actor. He's not bad, just kinda dull. Frances McDormand though, is great as the femme fatale with a heart of gold, M. Emmet Walsh is fantastic as the killer who talks too much and Dan Hedaya is his great greasy self.

5. The Natural - Yeah, I know the book doesn't have a happy ending. What I don't know is how that's supposed to make the book more 'serious' or 'artistic' than the movie. It is immature pseudointellectuality that demands that all 'serious works of art' end tragically. the natural is a great looking movie, one of the best of the decade, in fact. Robert Redford gives a good performance, though not one that shows much range for him. Glenn Close is very good in a small supporting role. Also distinguishing themselves are Wilford Brimley, Richard Farnsworth, Joe Don Baker, Michael Madsen, Barbara Hershey and Robert Duvall. And Kim Basinger isn't terrible. At least not enough to ruin the movie. Directed by Barry Levinson, and it may very well be his best movie. Either this or Bugsy or Wag The Dog.

4. Stranger Than Paradise - Jim Jarmusch's first movie is also my favorite. About as minimalist as can be, the film has three characters and three different sections in three different locations. John Lurie plays a small time hipster who gets a surprise visit from his Hungarian cousin. They hang around his apartment for a few weeks, then she leaves. A few months later, he visits her in Cleveland. They hang out for awhile. They go to Florida. Never in film history has nothing been so entertaining. A perfect little film about boredom.

3. This Is Spinal Tap - One of the most quotable movies of all-time is also the best 'mockumentary' of all-time. I don't really have anything to say about this movie. If you have seen it, you know why it's ranked so highly. If you haven't, stop what you're doing and go watch it right now.

2. Ghostbusters - 1984 wasn't an especially good year for comedies in terms of volume, but it does boast two of the all-time best comedies ever. I wrote a longer comment on this movie a few weeks ago, it's around here somewhere if you haven't read it. Suffice it to say that Ghostbusters is unique in the 80s for it's total lack of mean-spiritedness. Wholly different from the earlier films by MUrray, Ramis and Ackroyd. I used to be able to play the theme song on the xylophone.

1. Amadeus - Have I mentioned that I don't really like biopics? Well, this is the exception. Unlike most movies in this genre, Amadeus doesn't just tell the life story of it's subject, but filters it through the fascinating filter of Mozart's rival, Salieri. The films becomes more than just a life story about a genius, it is now an examination of genius in general and the way it affects us regular non-genius people. Hence the title, "loved by God" if I've got my Latin right. Anyway, F. Murray Abraham is great, and his Oscar win was certainly earned, but I think Tom Hulce (whose only other role of note was in Animal House) may actually give the better performance. Elizabeth Berridge, Simon Callow and, especially, Jeffery Jones are great in supporting roles. Oh, the music's pretty good too. The director's cut is alright, but not necessary. The movie works better as originally cut. I think this is the first time I've agreed with the Academy on the best picture of the year. (Turns out we agreed on Annie Hall in 1977.) 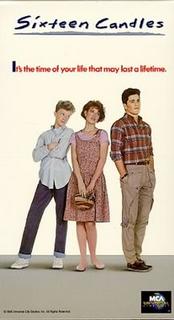 Sixteen Candles(!)
Revenge Of The Nerds
Paris, Texas
The Razor's Edge
Places In The Heart
The Philadelphia Experiment
Tightrope
Stop Making Sense
Purple Rain
A Passage To India
The Cotton Club
Firestarter
All Of Me
Birdy
Nausicaa Of The Valley Of The Winds
Adventures Of Buckaroo Banzai
Posted by Sean Gilman at 11:58 PM