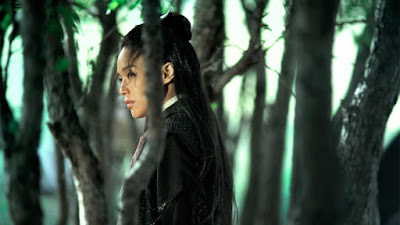 Part of my coverage of the 2015 Vancouver International Film Festival.

It is time once again for the Vancouver International Film Festival. This will be my seventh year making the trip, every year since 2008 with the exception of 2011. Here at The End, I'll be reviewing as many movies as I can for as long as I can, probably in the same digest format I used last year. In a somewhat exciting development this year, the entire cast of The George Sanders Show will be attending the festival, and we plan on doing some on-the-spot recording while we're there as well (we also have a preview episode planned for the weekend before the festival begins). We'll have coverage of the festival over at Seattle Screen Scene as well, even though Vancouver is obviously not Seattle (except in In the Line of Duty 4 and Paycheck, of course), because it's a reasonably short train ride and VIFF is better than SIFF.

Once again there's a great selection at VIFF, with several films from international festival circuit along with more obscure titles from the Dragons & Tigers series highlighting Asian cinema, the largest such program outside of Asia. Again the loss of the Dragons & Tigers Award is sadly felt, and last year's consolation award for New Directors is missing as well. It looks like the festival is simply repositioning itself as a forum for local film and television production, with an emphasis on the VIFF Industry sidebar conference, and away from the kind of festival that would seek out and fly-in directors from around the world, like former award-winners Hong Sangsoo, Jia Zhangke, Liu Jiayin, Kore-eda Hirokazu, and so on.

Because I'm only able to be there for 10 of the festival's 16 days, there are a handful of anticipated titles I won't be able to see. These include: Arabian Nights, In the Shadow of Women, Son of Saul, Francofonia, Our Little Sister, Aferim! and Cemetery of Splendor, as well as The Royal Road, which I saw at SIFF earlier this year and was hoping to see again. Fortunately I should be able to catch up with most of these at a later date, but missing out on the Miguel Gomes and Apichatpong Weerasethakul films in Vancouver is especially heart-breaking.

In addition to the podcast coming up in a couple of weeks, I'll be doing some pre-festival viewing again, trying to catch up on previous works by directors I'm hoping to see this year. Those titles are to-be-determined, but I'm certain Sylvia Chang will be involved. This is a rough draft of the schedule I'm looking to follow at the 2015 festival. Showings that conflict with each other are listed without a space in-between, with the film I'm leaning toward attending listed first. There are a lot more conflicted time slots this year than in years past, which is either because there are fewer films I'm really excited about or more films I'm somewhat excited about, or both.

A Matter of Interpretation (Lee Kwangkuk)

From Scotland with Love (Virginia Heath) 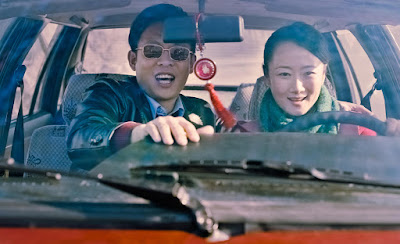