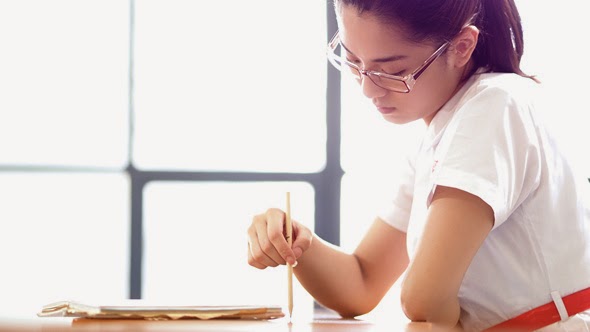 Part of my coverage of the 2014 Vancouver International Film Festival.

Amid the Very Important Films tackling Very Important Subjects in Very Important Styles at this year's festival, there is, as there always is here in Vancouver, a place as well for more generically-oriented fare. I'm not speaking of the always-fecund indie-horror/thriller genre, which too is well-represented and well-attended, despite my almost total absence, but rather that most-reviled of all contemporary genres: the romantic comedy. Burdened by 15, 20, 40, 70? years of spunky professional heroines cursed with the twin scourges of awkwardness and beauty-concealing eyewear; bland, square-jawed leading men with suspiciously nice hair; meets cute, stirring declarations and string-swelling finales; the romantic comedy remains among the most formulaic, irritating, disreputable and wildly popular of all film genres. But as these things always go, along with the successful trash there are every year great gems to be found, too special for the mainstream, their denominators not low enough for wide release in America's multiplexes. Films that persist despite all the odds in exploring the promise of this ancient and enduring form. 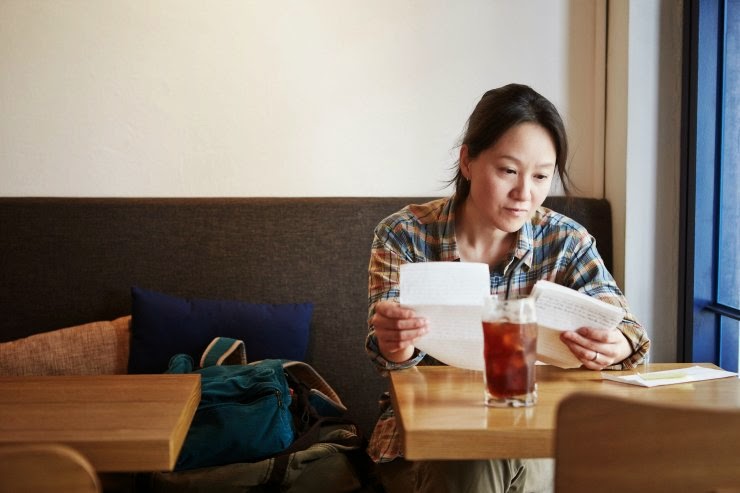 At the top of the list are the films of Hong Sangsoo, an annual denizen of the VIFF schedule (this is the 7th of his films I've seen here in Vancouver) and his latest, Hill of Freedom continues his winning streak with no end in sight (he's managed an unbroken string of masterpieces with nine films since 2008's Night and Day). Hill of Freedom returns, after a three film sojourn in the point of view of female protagonists, to the male perspective, in the person of Mori, a Japanese man in Korea to look for a woman, Kwon, whom he has decided he is in love with because she is the best person he has ever known (he respects her so much! A sentiment interchangeable with love in the recent films). The bulk of the story is relayed in a series of letters (memento mori?) Mori wrote to Kwon after he was unable to find her, his voiceover narration guiding us through the requisite drinking bouts, awkward social encounters and questionable life choices. One of Hong's funniest films, my notes are mostly just pages and pages of dialogue as I furiously transcribed at least half the script. Formally there is at least one development in Hong's repertoire: for the first time that I can recall, Hong uses a dissolve. It's a quick one, eliding a moment within a scene (early on, when Kwon accidentally drops the letters on a stairwell and scurries to pick them up, with disastrous consequences for the temporal continuity of the rest of the film). And of the three big drinking scenes, only one is in the standard Hong shot, parallel to the table with the actors arranged perpendicularly, facing each other. The other two table scenes are angled off to the side, privileging one of the drinkers over the others (this is a return for Hong rather than a new approach, Virgin Stripped Bare By Her Bachelors uses the same setup, among other earlier films). Unusually, none of the characters are specifically stated to be in the film or film teaching business, although Mori is told that he has the fine mustache of an artist. As sweet and warm as anything Hong has yet made, but with a dark cloud of instability under its fragile reality. The dreams and fantasies of Night and Day and Nobody's Daughter Haewon and the scripts of In Another Country, along with the temporal loops of The Day He Arrives and Oki's Movie (to say nothing of the manifold points of view in Hahaha and Our Sunhi), give the recent films a slippery, kaleidoscopic quality. I experienced Hill of Freedom as ending happily, but looking back on it, I'm not so sure that's what really happened. 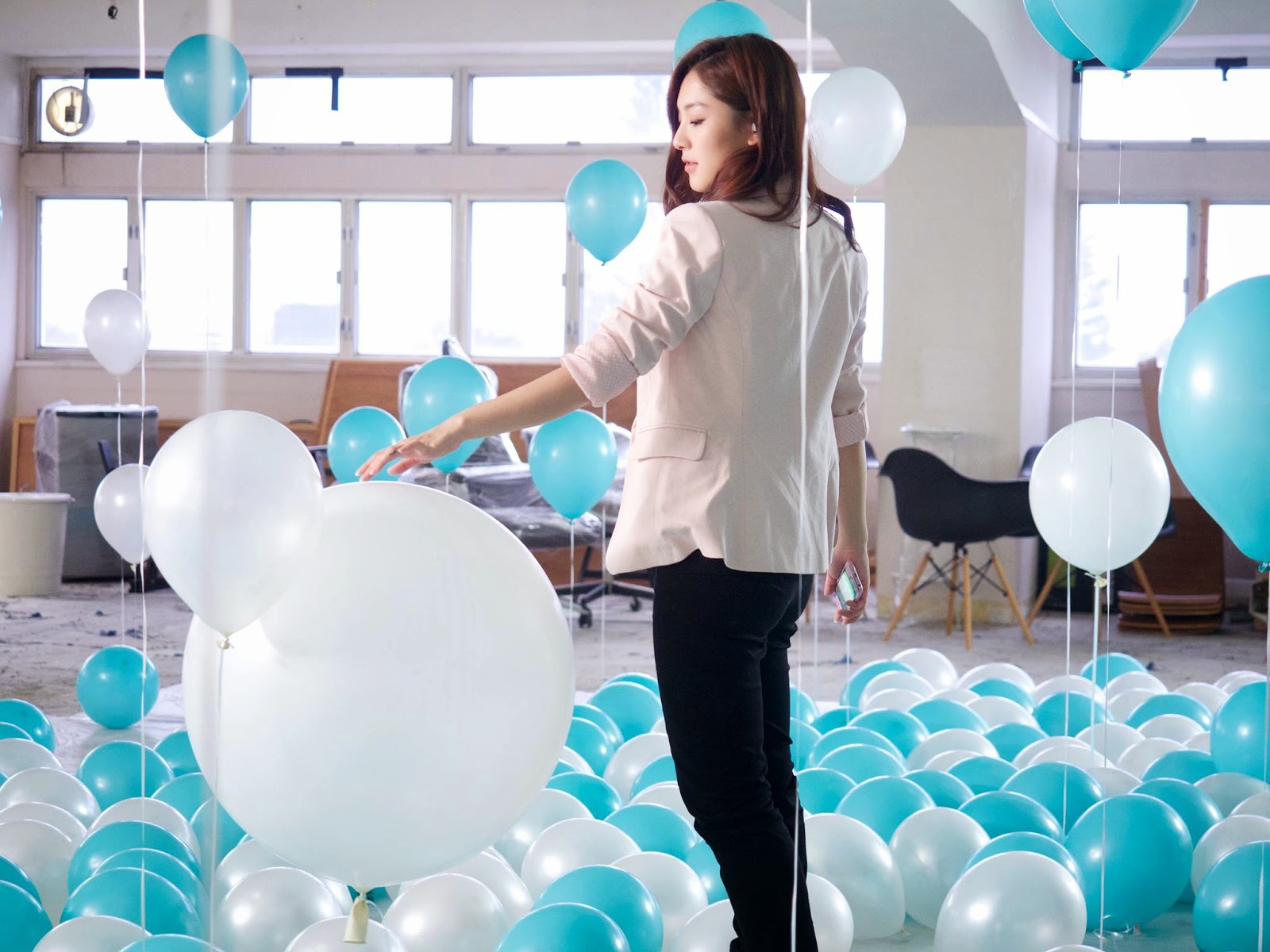 Moving from one of our most-established auteurs to one of our newest, the most-underrated film of the festival thus far has got to be Heiward Mak's Uncertain Relationships Society. This is the fourth feature by the Hong Kong director (in addition to writing her own films, she also co-wrote Love in a Puff, itself one of the great romantic comedies of the last decade, with its director Edmund Pang Ho-cheung), though she remains largely unknown outside of Hong Kong as far as I can tell (she doesn't even have a wikipedia entry). In preparation for this festival, I sought out her earlier film Ex, from 2010, which my wife and I both really enjoyed ("I like her. She's honest." pronouces the wife). Ex followed a pair of couples from a chance encounter at the airport. One woman breaks up with her boyfriend and goes off with the other couple, the man being her own ex-boyfriend. She stays with them for awhile, while remembering her previous relationship with the man, her boyfriends after the original break up, and her meeting and falling in love with this latest boyfriend. We experience it all in a series of non-linear flashbacks, usually from the woman's point of view but not exclusively. In the end, the film becomes less a love story than a coming of age tale, as the woman begins to assert her independence from romantic influence and sets out into the world anew. 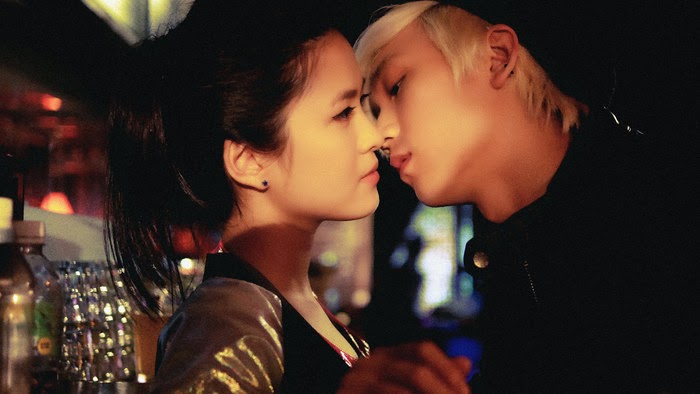 Uncertain Relationships Society works almost exactly the same way, except with approximately three times as many characters and an even more densely-packed flashback structure. We follow the characters from their last year of high school (2008) through the present, as the cast of mostly unknown actors grows up, at least a little bit. Each character is in love with someone who doesn't quite love them back, while each is also loved by someone they don't quite love in the same way. It's a dizzying concept that Mak handles so naturally that the transitions and leaps in time and space and relationship always remain emotionally clear. In its leap from the particular to the expansively general, it reminded me of no less than the jump from Lola to Young Girls of Rochefort, to make a hyperbolic comparison. Looking at Mak's credits, I'm curious just how involved she was in Love in a Puff, which strikes me as significantly better than its sequel, Love in the Buff, which is credited to Pang and Luk Yee-sum. Mak gives us all the required elements of the romantic comedy, the declarations, the panic, the heartbreak and triumph, but with an intelligence and, yes dear, honesty that's hard to find in America these days. In many ways it feels more like a TV series than a movie, and I don't mean that as a negative. It's beautifully shot, the colors of Hong Kong as vibrant as ever (I'm still stunned she found a way to make the very familiar Hong Kong airport seem completely fresh in Ex), with the off-hand virtuosity which that most-photogenic city inspires apparent in every frame. She keeps her spaces stable and coherent, knowing just when to move in for a closer, more intimate effect (an early scene in a recording studio, a man and woman singing a terrible jingle for lemon juice, his voice in her ears as she stands at the microphone is as charged as anything I've seen this year). Rather, her story has the depth and resonance of a full season of very good TV, with at least eight fully-realized individual characters and enough story to fill 20 hours with ease. That she packs it all into a mere 118 minutes (there are two other versions, this length is her preferred "director's cut") is nothing short of remarkable. 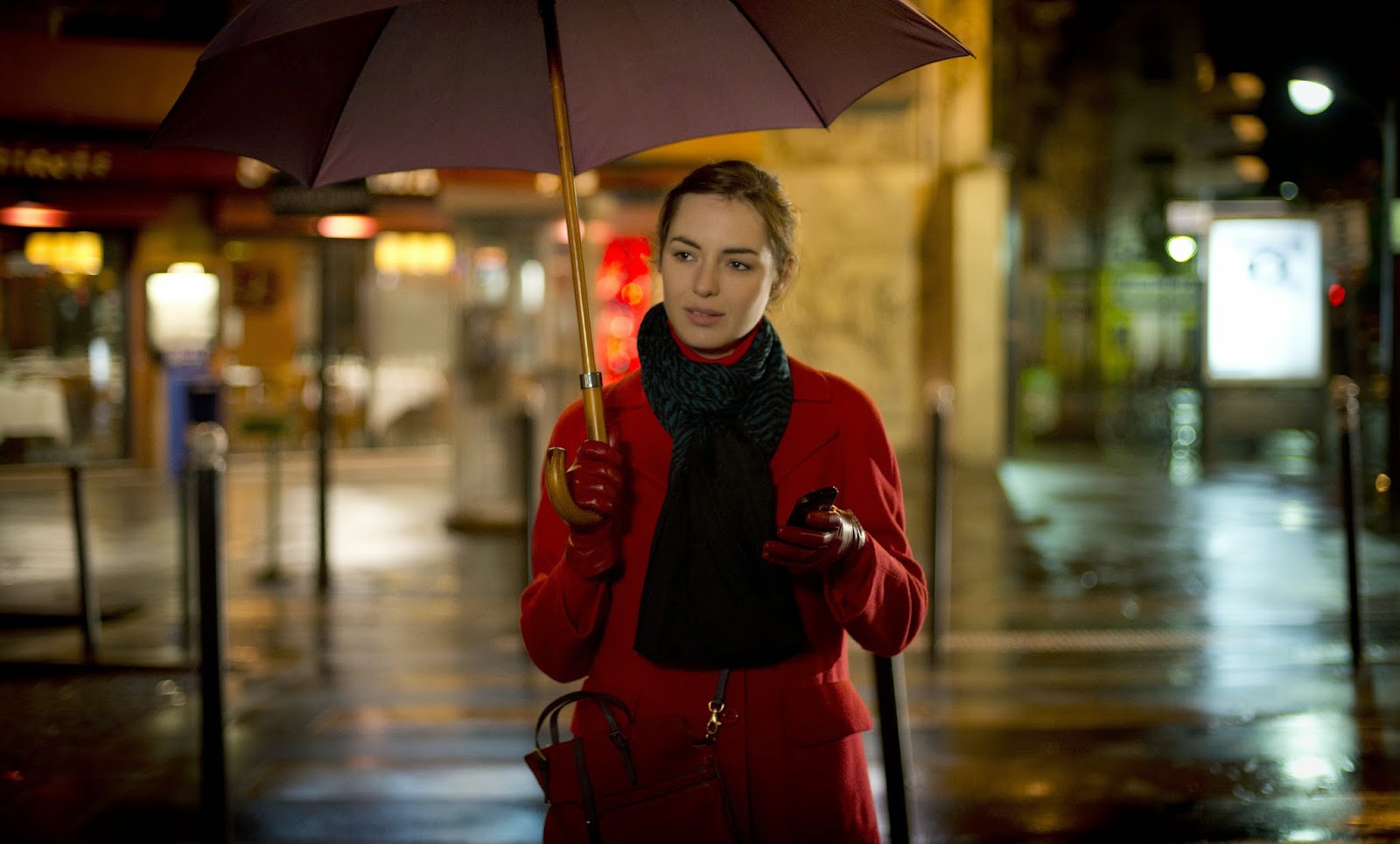 French director Axelle Ropert's second feature, the hideously named Miss and the Doctors (everyone agrees the original title, Tirez la langue, mademoiselle (or, Stick Out Your Tongue, Miss) is vastly superior), tackles the equally complicated subject of the love lives of the middle-aged. The doctors are brothers, general practitioners in Paris. They each fall in love with a younger woman, the mother of one of their child patients. The woman, a beautiful bartendress (Louise Bourgoin), is estranged from the girl's father, and at first resists the advances of both brothers. The older, taller brother, gruff and blunt, is played by Cédric Kahn, the younger, a blond recovering alcoholic who looks a bit like a Gallic Michael J. Fox, is played by Laurent Stocker (billed as being "from the Comédie-Française"). It's a sweetly patient, funny and melancholy story. One of those movies where everyone has their reasons. 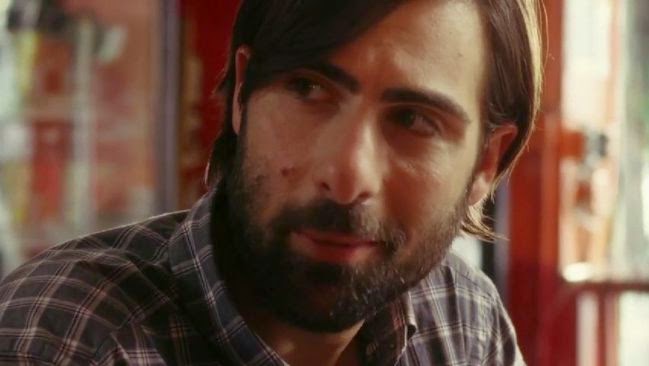 Alex Ross Perry's Listen Up Philip, on the other hand, is as self-lacerating a tale of artistic ego and male self-importance as I've seen in quite awhile. Trapped for the first third in the insufferable mind of young author Jason Schwarzman, the eponymous Philip, as his hilarious misanthropy turns increasingly cruel, we're given a reprieve in the film's middle section, as Philip's now ex-girlfriend Ashley (Elizabeth Moss) reconstructs her life in fits and starts after their breakup. The last section of the film finds us back with Philip and his mentor, legendary author Ike, played with gruff arrogance by Jonathan Pryce. Like his previous feature, The Color Wheel, Perry delights in the us-against-the-world egotism of his protagonists, drawing pleasure in the absurdity of the difference between how they see themselves and how the world sees them. It would be unbearable if he didn't care just enough about these terrible people to laugh a little bit with them, and give them an ever-so-slight chance of happiness, however perverted the manifestation of that happiness might be. Unlike The Color Wheel's gorgeously grainy black and white, the new film is in color, vibrant and warm. However, also unlike the previous film, it's shot in a nauseatingly close-up hand-held style. The choice makes more sense here than in something like, say, Humpday, thanks to a voice-over narration (delivered by no less than Eric Bogosian) that frames the film as a quasi-documentary. I'll readily admit my distaste for this style has as much to do with my own middle-age and tendency toward motion sickness. Suffice it to say I'd prefer it if Perry and his accomplished cinematographer Sean Price Williams would take a step or two back from the characters. But whatever, there's lots of ways to make movies.
Posted by Sean Gilman at 5:15 PM