Running Out of Karma: Tsui Hark's The Blade 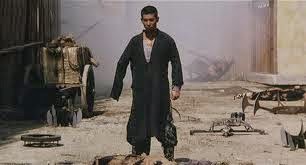 The Hong Kong New Wave burst onto the scene in the late 1970s with a radical new approach to the genres that had dominated the local cinema scene for the previous decade or so, specifically for our purposes here, the martial arts film. Countering the elaborate costume epics of Shaw Brothers auteurs like Chang Cheh and Chor Yuen were grungy, darkly violent fantasies of swordplay like Patrick Tam's The Sword and Johnnie To's The Enigmatic Case (To is not generally lumped in with this first New Wave batch, but I think he meets all the arcane requirements). Tsui Hark's first feature, The Butterfly Murders brought a modern visual aesthetic to the genres, with lighting and shadows creating depths and obscurations where the Shaw's studio kept even the bleakest scenes bright and colorful. These films, along with modern day stories like Ann Hui's Boat People and harrowing tales of angsty teenage violence like Yim Ho's The Happening, Tam's Nomad and Tsui's Dangerous Encounters - First Kind, were critically lauded, and some even managed to find an audience (as well as help launch the movie careers of icons like Andy Lau, Leslie Cheung and Chow Yun-fat), but fairly quickly most of these New Wave directors were absorbed into Hong Kong's mainstream. 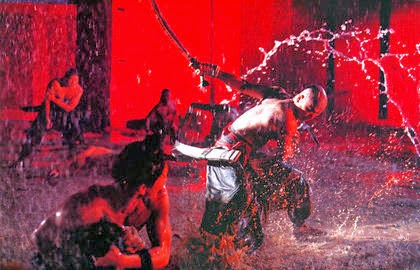 Tsui imported Hollywood technicians to make his effects-driven wuxia spectacular Zu: Warriors from the Magic Mountain and hung around the Cinema City studio making goofy comedies with the wags there (Working Class, Aces Go Places III). He also made a pair of genre-bending masterpieces, Shanghai Blues and Peking Opera Blues. As well he branched into producing, helping revitalize John Woo's career with A Better Tomorrow and continued his experiments with effects-driven wuxia with Ching Siu-tung and A Chinese Ghost Story and the Swordsman series. Then, with one of the five films he made in 1991, Tsui revived the kung fu film with his epic Once Upon a Time in China, firmly establishing Jet Li as a superstar and launching a renaissance in period fighting films. A renaissance which, with the warp speed of Hong Kong generic cycles, had largely played itself out by the mid-1990s. 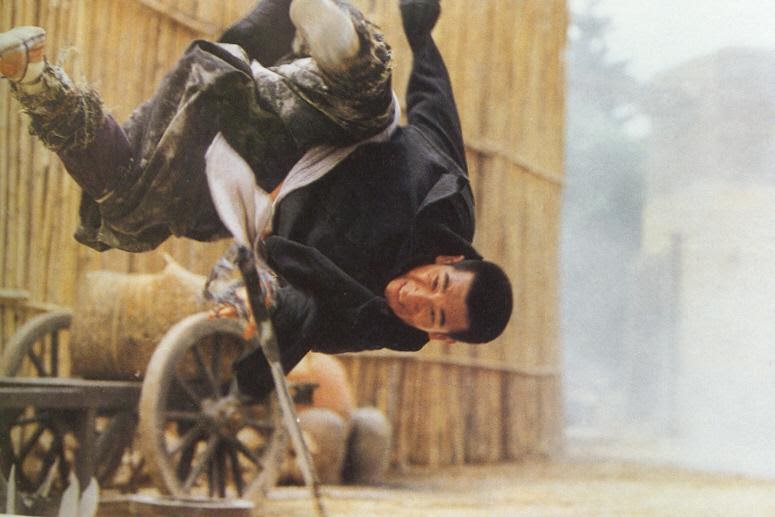 Then, in 1994, Wong Kar-wai, like To excluded from official New Wave status on a technicality (he didn't start in movies until it was too late), finally released Ashes of Time, his reinvention of the wuxia film, after a shoot so long and grueling it spawned not one but two masterpieces during its creation (Chungking Express and eventually that film's spin-off Fallen Angels) as well as a hilarious parody of the same source material, featuring mostly the same cast (Jeffrey Lau's The Eagle-Shooting Heroes). Ashes harkens back to the New Wave projects of modernizing the martial arts genre, with a convoluted plot structure (made somewhat clearer in the recent Redux version, the only version currently available, though there is a DVD of the original somewhere, I saw it 15 years ago), narration in Wong's idiosyncratic fashion and a story that focuses more on Wongian themes of lost love and memory that it does on fighting. The fights themselves (choreographed by Sammo Hung, another director with an argument for being considered New Wave) are modernized as well, shot in a grainy, up-close, constantly moving style, smearing the action into a blur of dust and costume and blood. Ashes of Time, of course, failed to do much business and Wong didn't return to the genre until this past year's more traditional but still impressive for sure, The Grandmaster. 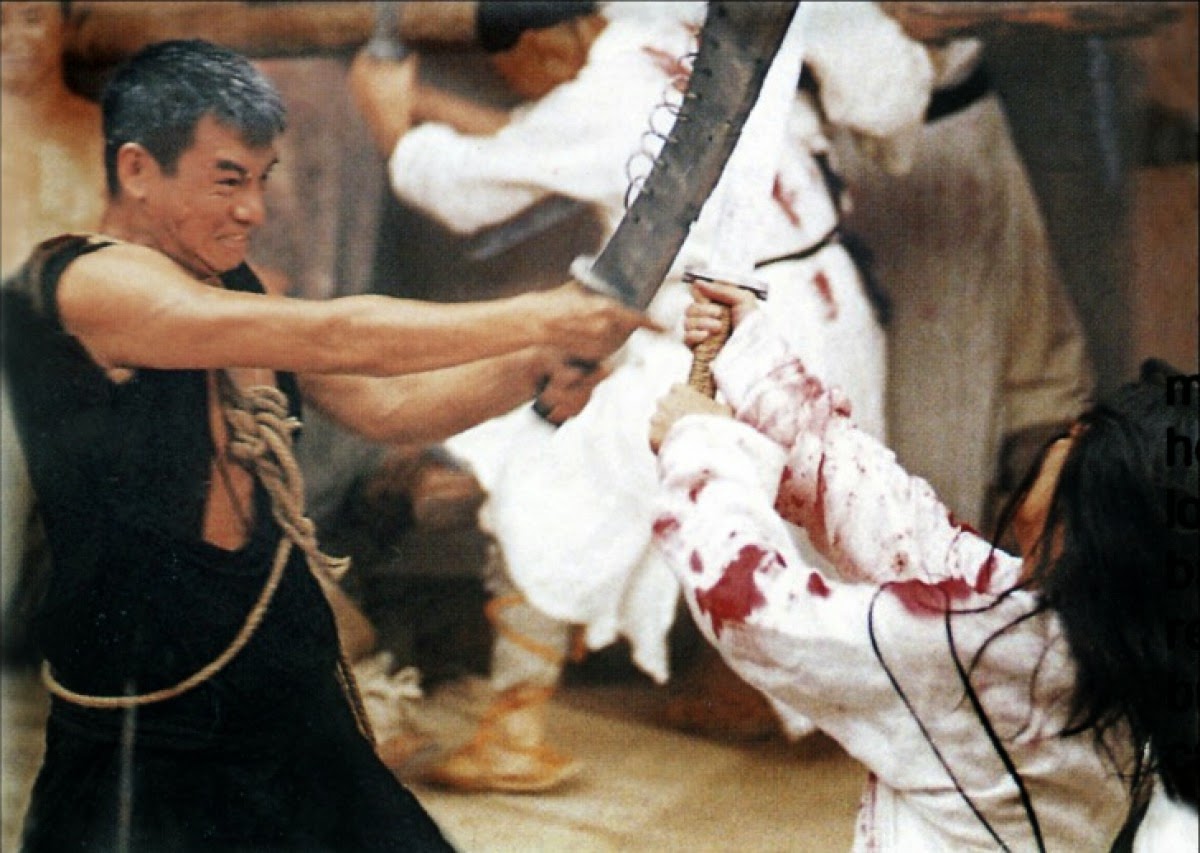 So that brings us to 1995 and back to Tsui Hark. The Blade, one of the three movies Tsui directed that year, probably inspired by Ashes of Time, is a return to the New Wave project of modernizing wuxia. But where Wong infused the traditional swordplay story with lush visuals and swoony spirals of wistful longing, Tsui exposes the dark violent core of the genre, remaking Chang Cheh's classic The One-Armed Swordsman with the gory glee of his 1980 kung fu cannibal film We're Going to Eat You and the nihilistic heart of Dangerous Encounters - First Kind. He does for the wuxia genre what Chang's The One-Armed Swordsman did for the state of the genre at the time of its release in 1967. Chang's film began an apparently inexhaustible cycle of films about violent men with elaborate honor codes torn between the demand for revenge and the desire for peace. Echoes of Chang's films can be found throughout the martial arts films of the 70s, the 'heroic bloodshed' policiers of the 80s, the kung fu revival of the 90s and the cop-triad films of the 21st century. What he brought to The One-Armed Swordsman was a new kind of violence to the genre, both graphically physical and torturously psychological. In contrast to King Hu's more stately, abstract wuxia vision, which was revising the traditional form (say Kwan Tak-hing's Wong Fei-hung serials of the 1950s) in a different direction at the same time. The differences between the two directors can be seen in a sampling of the titles: Come Drink With Me, A Touch of Zen, Raining in the Mountains vs. Vengeance!, The Blood Brothers, Crippled Avengers. Chang's heroes lead short, bloody lives, but they die standing up, finding a kind of transcendent heroism in their sacrifices for the sake of their honor codes, while at the same time implying the nullity at the heart of those same codes. The New Wave revisions to this tradition excised the heroism and emphasized the nihilism, the films of a generation raised by refugees in a densely-packed laissez-faire oasis trapped between two violently opposed worlds. Extremely bloody, jarringly (as opposed to gracefully) violent films of deep shadows and jagged cuts, where every character is venal and ugly, our heroes only slightly less so. 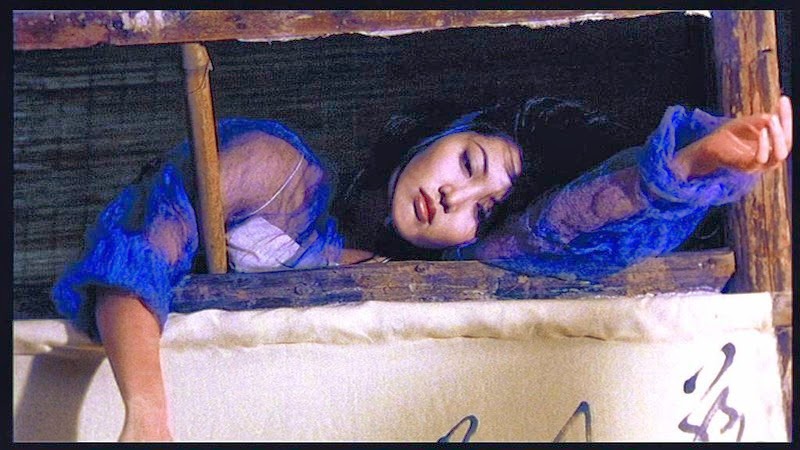 To The Blade, Tsai adds a narration in Wong Kar-wai's style, the voice of the master's daughter. A sociopath in both films, manipulating two of her father's pupils into a competition for her affection; in Chang's film it is she, in a burst of anger, who slices off the hero's arm. In this remake, though she's no less unpleasant, she's as much a victim as anyone, and a fitting narrator for our film, a tale told by a lunatic. The arm is lost defending her from bandits, positioning even the crazy daughter as one of the good guys in this world. These bandits menace the town, trapping and decapitating a monk and inspiring fear and loathing wherever they go. We're introduced to them at the start of the film, as they entertain themselves by capturing a dog in a bear trap, shades of the opening to another nihilist classic, Sam Peckinpah's The Wild Bunch. The hero, On Man, and his friend, Iron Head, work in a foundry, making swords. Iron Head attempts to organize a resistance to the bandits while On doesn't want to get involved. On leaves, the daughter chases after him, bandits attack, he loses his arm. 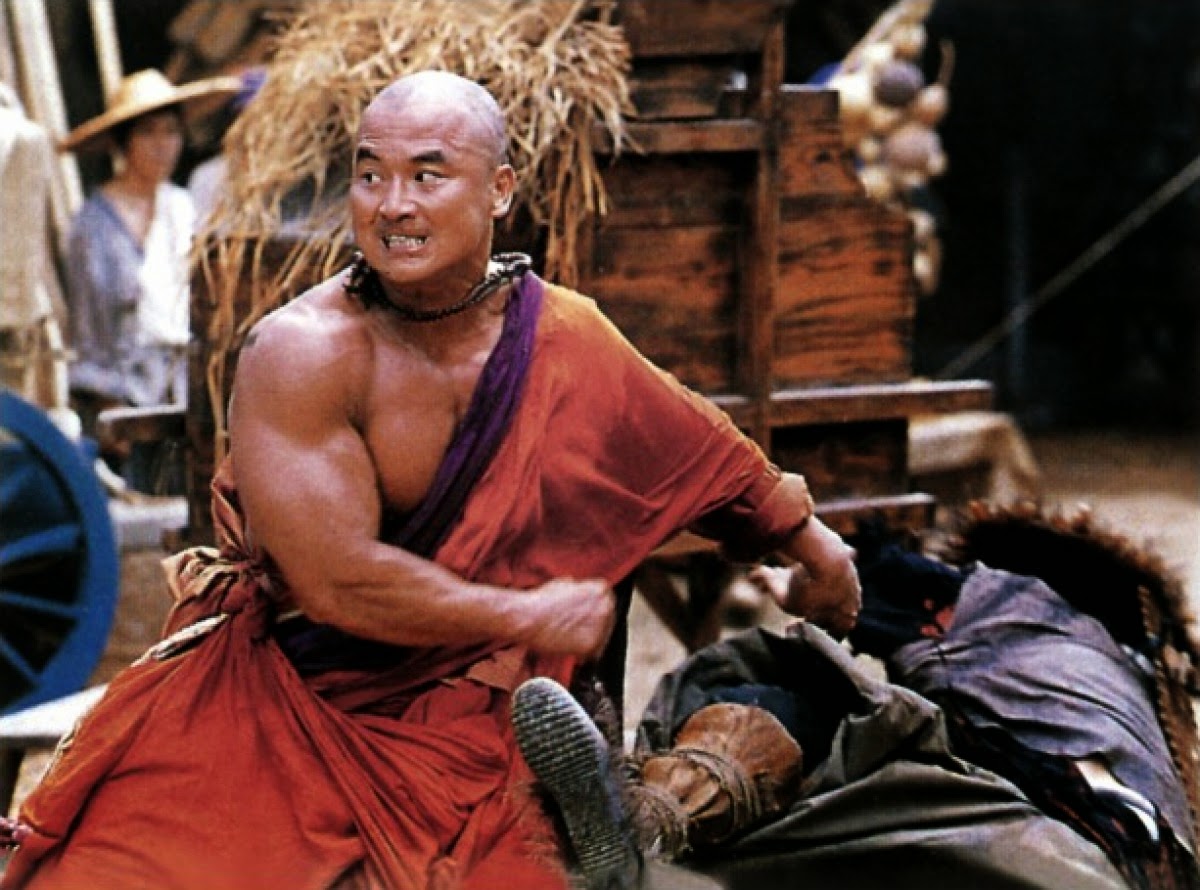 As in Chang's film, On is rescued by a farm girl (covered in dirt and illiterate, barely verbal even) and nursed back to health. They in turn are menaced by the bandits, and eventually he learns some one-armed kung fu. Meanwhile, Iron head and the daughter search for On, and Iron Head becomes obsessed with a local prostitute. In the bleakest inversion of every inn scene from every Shaw Brothers movie, where see the loud and lascivious revelers slap her around and have their way with her, as Iron head watches, seething from the balcony above. Finally he acts and rescues the girl in an orgy of destruction. But, because everyone in this world is the worst, he finds he has to tie her up to keep her from going back to her old life. It wasn't a romantic heroism that drove him to save her, but the lustful drive to possess. As she watches Iron Head degeneration, herself tied up as well, the last shreds of the daughter's sanity surely shatter. 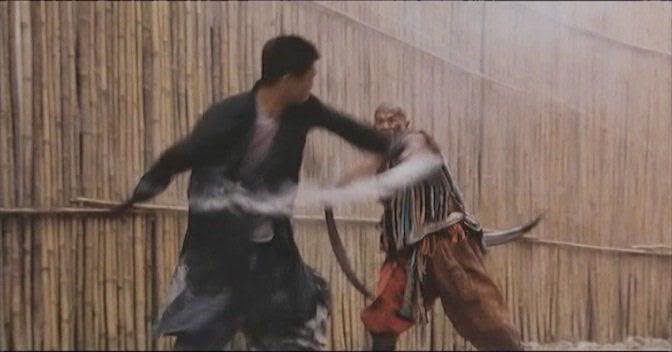 The various factions come together, as they always do, in the finale. On realizes that the bandit chief is the same magically-tattooed assassin who murdered his father, and revenge is extracted; a whirl of spins and leaps, everyone wearing black, everyone getting sliced open. The villains are defeated, but there's no chance everyone lives happily ever after. The world is too far gone for that. The best they can hope for is a little while to rest a bit before the horrors begin anew. 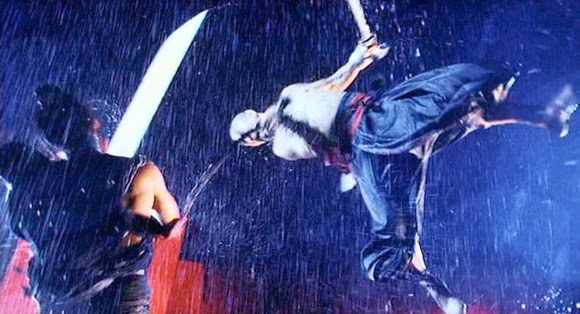 Not surprisingly, the film failed to find an audience at the box office, as the many of the bleaker New Wave efforts failed 15 years earlier. (Blame for this is often laid at the feet of the cast, with no names and a lead, Vincent Zhao, who is not the iconic star Jimmy Wang Yu was in the original. I think the cast is just fine, though. It's hard to be charming under a pile of muck.) Shortly thereafter, the exodus of talent from Hong Kong to Hollywood accelerated: Jackie Chan, Jet Li, Sammo Hung, John Woo, Corey Yuen, and in 1997, Tsui himself. The martial arts film was seemingly played out, with Johnnie To and Milkyway Image's triad sagas, along with fellow travelers like the Young & Dangerous and Infernal Affairs series, capturing the Hong Kong action audience. The opening of the Chinese market led to some spectacular wuxia arthouse films, stately productions like Ang Lee's Crouching Tiger, Hidden Dragon, Zhang Yimou's trilogy of Hero, House of Flying Daggers and Curse of the Golden Flower, John Woo's epic Red Cliff and Tsui's own Detective Dee films and a variety of films about Ip Man (five in the last three years, I believe, including Wong Kar-wai's), while new effects technology has lent a glossy sheen to even the lowest budget productions. But as far as I've seen, no one has yet taken up the black mantle of the New Wave wuxia film. 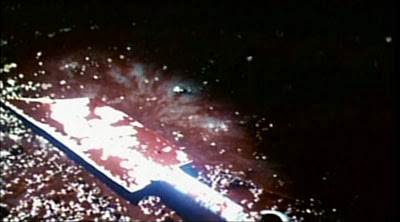