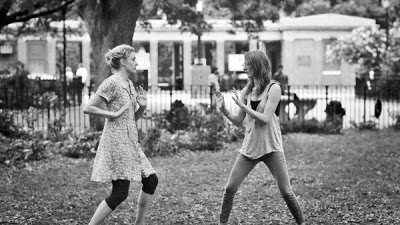 I inadvertently became a source for the biggest story of the week, as my tweet about the imminent closing of Landmark's Egyptian Theatre in Seattle was the first to break the news. It's weird being cited as a source in a newspaper, even an online version of one, especially since I don't really know anything about the story. I was at the Neptune Theatre when Landmark failed to keep it open, and left the Metro Cinemas (where I had spent 11 years, not counting my brief tenure at the Neptune) just months before Landmark lost it as well. When lamenting the state of the arts on Capital Hill, or speculating on what exciting things can be done with this new space, try to keep in mind the dozen or so people who genuinely love the movie theatre business who just lost their jobs with less than two weeks notice.

I was back on They Shot Pictures this week, with the first of two episodes we'll be doing on Akira Kurosawa. This one focuses on No Regrets for Our Youth, The Idiot and Red Beard. I've got two more They Shot Pictures coming up this week, one on Sammo Hung and the other on Jane Campion. I may have some other podcasts in the works as well.

I only managed to finished one Summer of Sammo review this week, on his directorial debut The Iron-Fisted Monk. But I did post two more VIFF reviews, on Amour and Emperor Visits the Hell. That leaves only one more (on The Unlikely Girl) and I'll be done with the film festival that ended nine months ago. Surely there's plenty of time to finish that before VIFF 2013 comes around.

Here are the movies I watched and rewtached over the past week, and where they place on my year-by-year rankings. Links are to comments at letterboxd, where applicable.