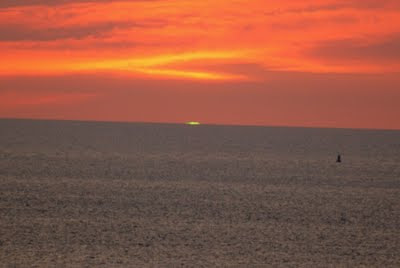 That's right, due to various factors, I've fallen a full 66 movies behind in rounding up what I've watched.  The last time I actually wrote one of this roundups (not counting the one that just disappeared into the internet when I was almost finished) was way back in June, and I was plenty far behind then.  Ugh.  I will catch up at some point as life around here starts to settle down. For now, I'll just have to plow through as best I can.

First up, I wrote about Eric Rohmer's Comedies and Proverbs series over at the Metro Classics website.  You can read about those there, and here are their various Movies of the Year rankings:

My Sister Eileen - Somehow, everything Bob Fosse touches turns to magic.  Betty Garrett and Janet Leigh play sisters who move to the big city and get a basement apartment in Greenwich Village.  Leigh tries to make it as an actress, wherein she is wooed by Fosse's soda jerk and a journalist played by Tommy Rall (the two of them have a memorable dance-off, another standout sequence from Fosse, who continued the ridiculous roll he'd been on since 1953's mesmerizing trifecta of Kiss Me Kate, Give a Girl a Break and The Affairs of Dobie Gillis).  Garrett is an aspiring writer, and sells Jack Lemmon, a publisher who she also wishes to date, on a story about her sister, by claiming it is autobiographical.  Somehow Dick York is involved as a wacky neighbor.  It all comes to a head with the Brazilian Navy and all of the Village uniting to convince the girls that city life is really swell after all, in one of the most glorious musical sequences of the 1950s.  Directed by Richard Quine, who I've been lukewarm on in the past, with a screenplay by Blake Edwards.  The #11 film of 1955. 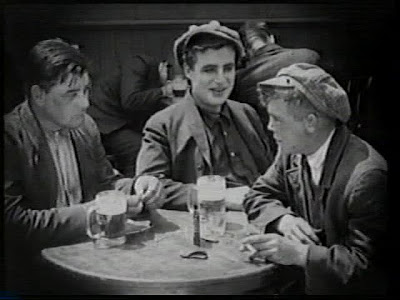 Regeneration - An early film from director Raoul Walsh, and the prototype for many a gangster film that would follow over the next few decades.  Rockliffe Fellowes (what a name!) stars as a young man, orphaned and forced to live out on the streets who grows to become the head of the local mob.  One day, he meets a saintly social worker (Anna Q. Nilsson, one of the bridge players in Sunset Blvd.) who teaches him to read.  He tries to reform himself, but his old cronies keep pulling him back into the gangster life.  Shot on location in The Bowery and Hell's Kitchen, using local bums, whores and gangsters as extras, Walsh, in addition to kind of inventing the gangster melodrama (with all due credit to DW Griffith's The Musketeers of Pig-Alley, released three years earlier), also sets a standard that would be picked up again in the 1940s and be called neo-realism.  Or rather, the film is a prime example of a strain of American filmmaking that would largely disappear as the Hollywood studios gained near-monopoly power in the late teens and 20s and that would then be rediscovered in the 40s.  The #1 film of 1915. 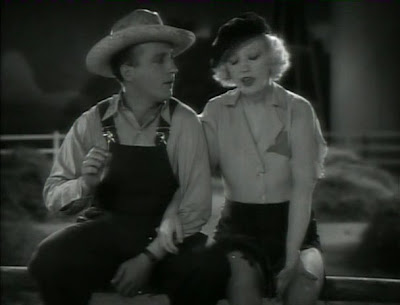 Going Hollywood - Walsh seems largely out of his element here though, directing Bing Crosby and Marion Davies in a would-be screwball musical comedy.  Crosby is a big movie star, and Davies a schoolteacher who's obsessed with him.  She goes out to Hollywood, gets a job in the chorus of his latest movie and ends up taking the lead role when her rival for his affections and costar Lili Yvonne (played by Fifi D'Orsay, seriously) walks off the set.  It's a pleasant enough film, but it lacks the fire of the really great comedies and musicals being made elsewhere at the same time.  I don't know if the blame belongs to Walsh, the actors, or screenwriter Donald Ogden Stewart (one of the better writers of the 30s).  I really like Crosby in the Father O'Malley films he made 15 years later for Leo McCarey, but this is the first I've seen of Davies.  The #29 film of 1933. 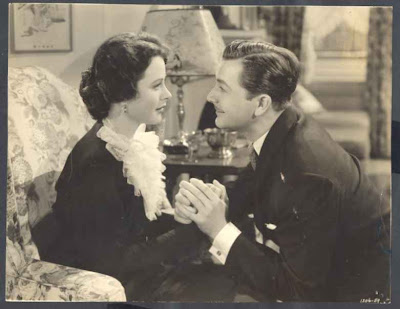 HM Pulham, Esq - Mid-life crisis, 1940s style.  Robert Young plays a wealthy Boston businessman who leads a regimented, extremely dull life.  One night, while organizing his 25th anniversary college reunion, he reminisces about his youth as a young go-getter who got to hang out with Hedy Lamarr drinking, smoking and working in advertising in the days before World War I.  A lengthy flashback ensues, as we see Young and Lamarr's romance grow and then fizzle when she refuses to relinquish her independence to his family's patriarchal traditions.  So instead he marries boring Ruth Hussey and leads a life of luxury.  Returning to the present, Young looks up Lamarr and the two consider having another go at it, but this being 1940s Hollywood, he can't abandon his marriage.  Instead, Hussey agrees to try to loosen up a bit.  A very solid film from director King Vidor, lying somewhere in between his political extremes of the socialist Our Daily Bread and the Ayn Rand adaptation The Fountainhead (which I'm still not convinced is not a self-parody).  It never quite rises to the level of William Wyler's Dodsworth, another film about a rich guy's mid-life crisis that is both more pointed in its indictment of the upper class and more romantic in the relationship between said rich guy (Walter Hutson) and the independent woman he meets (Mary Astor). However, that film is completely lacking in Hedy Lamarr, both her magnetic on-screen presence and her proto-feminist character.  The #16 film of 1941. 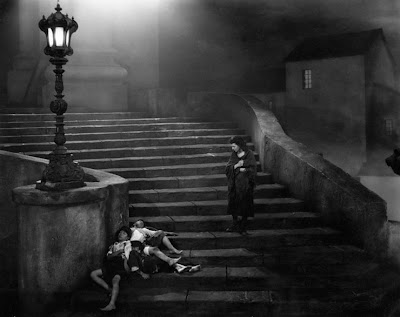 Street Angel - Another transcendent love story from director Frank Borzage, following up the previous year's Seventh Heaven and reuniting that film's stars, Janet Gaynor and Charles Farrell.  Gaynor plays a young woman who attempts to prostitute herself to pay for her dying mother's medication.  She fails (of course) and is arrested.  Escaping from the police, she joins a circus where she meets Farrell, an aspiring painter.  The two fall in love and move back to the city, with Gaynor ever-fearful that her past will catch up to her.  When it inevitably does, she convinces the cop who's found her to give them one last night together, sparking one of the all-time heart-breaking film sequences as the two share a big meal and a bunch of wine in what only Gaynor knows will be the last time they will ever be happy.  Of course she's wrong, the movie must have its happy ending, but there's a whole lot of darkness before that can happen, as Farrell turns into a dissolute drunk before he's saved by their inevitable reunion.  Like with Seventh Heaven (and Murnau's Sunrise) Borzage creates a believable world of petty crime and poverty on a soundstage and then infuses it with expressionist romanticism, an always intoxicating mixture.  The #5 film of 1928.
Posted by Sean Gilman at 10:17 PM