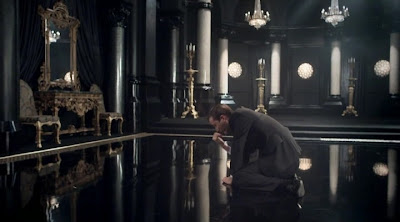 Hamlet - This is the Royal Shakespeare Company version that aired on PBS earlier this year and sat on my tivo for six months or so.  David Tennant stars and aside from the first monologue, which I thought was a little awkward, he does a pretty good job.  It may just have taken awhile for me to get adjusted to him reciting Shakespeare, but as the part calls for a lot of the things Tennant did well on Doctor Who (quick wit, brainy humor, loud and dramatic speechifying) the role turned out to be a somewhat surprisingly good fit for him.  Patrick Stewart is the other big star, playing Claudius, and he manages to distance himself more from his Iconic Sci-Fi TV Character (though he's farther removed from his part than Tennant is from his).  The staging follows closely the RSC staging, with only a few concessions to the cinematic.  The only really interesting thing about it is a mirror motif: all the interior action takes places on a single, variously redecorated set the features a prominent mirror, shattered when Hamlet kills Polonius.  The mirror remains shattered in all the other sets for the rest of the play, serving as a nice visual turning point in the action, setting the inevitable cascade of violence finally into motion.  The #23 film of 2009. 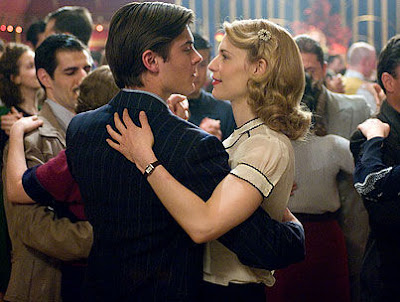 Me and Orson Welles - Richard Linklater's sweetly fictional story of a young man who gets himself hired onto Orson Welles's production of Julius Caesar in the wild early days of the Mercury Theatre.  Zac Efron plays the kid with a wide-eyed innocence that's pretty charming, and that pretty much goes for the rest of the cast as well, especially Claire Danes as a PA who may or may not be sleeping her way to Hollywood.  Christian McKay got a lot of praise for his performance as Welles, and it is a fine example of celebrity impersonation acting.  The whole movie, much as it tries to make theatre people seem cynical and manipulative and cruel, has the effect of a warm puppy.  It's Linklater at his most huggable.  The #20 film of 2008. 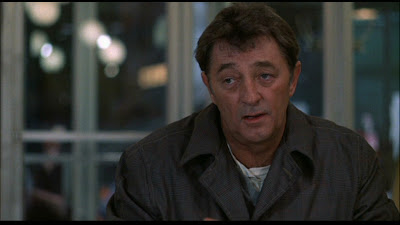 The Friends of Eddie Coyle - Pretty much the opposite is this mellow crime film by Peter Yates.  Robert Mitchum plays a burned out small time crook trying to keep himself out of jail.  Will he rat out some old colleagues who are in the midst of a bank-robbing spree?  Or perhaps the young gun dealer he's been working with?  The action scenes are fantastic, Yates brings the same meticulousness in the details of professional crime he brought to Bullitt five years earlier, each heist as suspenseful and enthralling as anything in the genre.  Mitchum's sad sack crook is compelling as well, he's never seemed more pathetic, and Yates even gives him some touchingly mundane scenes with his family.  The supporting cast is solid, but a particular highlight is Robert Jordan as Mitchum's police contact.  Jordan went on to become one of my favorite character actors of the 1980s (The Secret of My Success, The Hunt for Red October).  The #7 film of 1973. 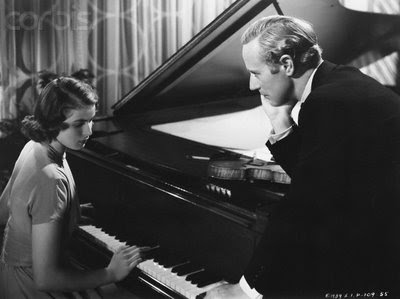 Intermezzo - A Love Story - Upon retiring, famous violinist Leslie Howard suddenly notices that his daughter's music teacher is a young and naive Ingrid Bergman, so he convinces her to run off with him in a wild burst of infidelity.  This and a conveniently non-fatal accident eventually makes him feel guilty and he goes home, leaving poor Ingrid to find some way to survive.  I think she'll make out alright.  This is a Hollywood remake of the Swedish film that first made Bergman a star.  I haven't seen that one, but I hope the male lead is more of a match for Bergman than Howard, perhaps the most inexplicable sex symbol of 1930s Hollywood.  The #26 film of 1939. 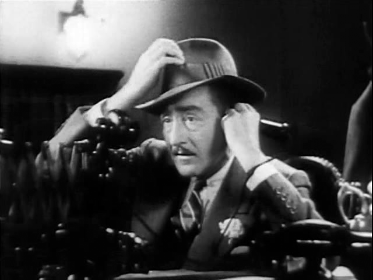 The Front Page - Or, the original version of His Girl Friday.  Adapted from the stage play by Ben Hecht and Charles MacArthur by writers Charles Lederer and Bartlett Cormack (all four of whom went on to be terrific screenwriters throughout the 30s and 40s) and directed by Lewis Milestone, the film stars Pat O'Brien as Hildy Johnson, the reporter who wants to quit and get married but is dragged back in by the love of his job and/or his conniving boss, played by Adolphe Menjou.  It's not quite as fast or funny as His Girl Friday, and Milestone mostly keeps the film confined to the reporter's room at the jail, betraying the film's stage roots and the limitations of early sound film (at least in the hands of directors who aren't named Lubitsch or Clair or Sternberg).  But what it does have over its remake is a pre-Code bluntness, not just in the naked girls that decorate the walls, but in the political content of the crime at the heart of the film.  The Hawks film bogs down in in one of the worst scenes in screwball comedy, where Hildy interviews the man under arrest for murdering a cop and speaks vaguely of "production for use" and builds a case for the man suffering under the delusional influence of union activists.  In this film, the condemned man is an articulate and defiant communist (and the cop he killed is black!) and his girlfriend is blatantly a prostitute.  This doesn't add a whole lot to the film, but it helps increase its sense of gritty reality, whereas the Hawks film, for good and bad, but mostly good, lives in a delirious make believe world of Cary Grants and Ralph Bellamys.  The #7 film of 1931.
Posted by Sean Gilman at 11:03 PM