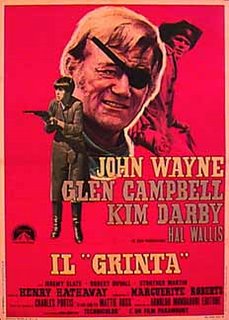 A strange mix of movies this year: foreign art classics and American Westerns. And another year where all of the movies I've seen are pretty good.

9. Take The Money And Run - One of my least favorite Woody Allen movies is this uneven film where he tries to be a bank robber. There are some very funny bits, but on the whole, the movie doesn't really work. The scene where the bank teller he's robbing can't read the handwriting on the note he's given her is a classic.

8. Easy Rider - Overrated by boomer culture, but there's some great stuff in this movie, mostly in the breakthrough performance by Jack Nicholson. After years on the fringes of Hollywood, this is the movie that finally made him a star. The New Orleans sequence, wherein director Dennis Hopper set the cast loose in Mardi Gras with a bunch of 16mm cameras is just plain annoying.

7. On Her Majesty's Secret Service - This underrated Bond film is the only one that starred George Lazenby. He isn't particularly great, but the Bond movieness of it is as Bond movieish as any of Connery's films. Plus it has by far the best ending to any Bond movie, and one of the best action movie endings of all-time. If you've seen the movie, you know what I mean, if not. . . . go watch it and find out.

6. True Grit - John Wayne won his lifetime achievement award Oscar for his performance in this film. He's good, but it's certainly not a remarkable job he does. Not as good as his work in The Searchers or Rio Bravo or Red River or even The Quiet Man, but it's still a lot of fun. The movie itself is fun too: it's a relic and it knows it. 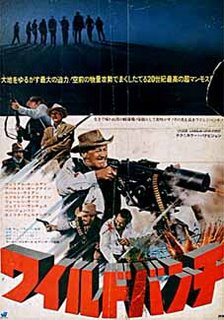 5. Z - Mystery-thriller about the overthrow of the liberal Greek government. It stars Yves Montand (The Wages Of Fear, Le Cercle Rouge), Irene Papas (The Guns Of Navaronne) and Jean-Louis Trintignant (Three Colors: Red). The director, Costa-Gavras, was one of many directors to have a cameo in Spies Like Us (#22, 1985). Set the template for all the political thrillers to come in the 70s, like The Parallax View (#5, 1974) and All The President's Men (#5, 1976). As far as I can tell, it's just a coincidence that all three of those movies are #5 in their year.

4. The Wild Bunch - Sam Peckinpaugh's apocalyptic Western is great, but I've seen it at least three times and it's never been able to stick in my memory. I remember individual parts of it, the brilliant opening sequence especially, but I just can't recall the whole of the film. The mood is what's important though, as Peckinpaugh turns the romantic, mythic Western into a chaotic, bloody hell, and that's always fun. Ernest Borgnine, who I don't really have an opinion of, and William Holden, who I've just never liked, are the unlikely stars, along with Robert Ryan, Edmond O'Brien, Ben Johnson and Warren Oates.

3. The Sorrow And The Pity - The only movie Woody Allen wants to watch in Annie Hall is this very long documentary about France during the Nazi occupation during World War II. The film is endlessly fascinating. The director, Marcel Ophüls (son of the great director Max Ophüls) interviews regular Frenchmen, collaborators, unrepentant fascists, people who claim to have been in the Resistance and people who actually were in the Resistance. One of the greatest documentaries of all-time. 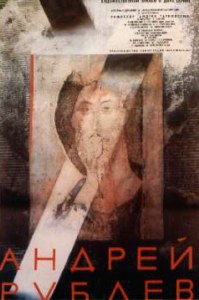 2. Butch Cassidy And The Sundance Kid - This almost impossible not to like film, written by the great William Goldman and directed by George Roy Hill stars Paul Newman and Robert Redford as real-life bank robbers who get chased all the out way out of the US and to Bolivia. If you didn't already know that, then I congratulate you on finally awaking from your coma. For creating the buddy-action-comedy genre, the film world is forever in debt to this film.

1. Andrei Rublev - I just wrote about this earlier this week, you can read those comments here. It's a beautiful film by trendy movie geek icon Andrei Tarkovsky about a legendary Russian icon painter. It isn't a traditional biopic by any means, and that's a good thing. Rublev himself is only in about half the film. The movie seems more a chronicle of the moral chaos of the time: a mass gathering of witches, a Mongol invasion, a hot-air balloon ride, the difficulties of converting Russia to Christianity and how that religion can explain all the horrible things in the world, and how to make a really big bell. It's a massive and serious film about serious things, but unlike with Solaris, Tarkovsky is able to let the movie, and his characters breathe. By the end, there's still some hope for redemption for humanity (through art, naturally).


Not much I'm too concerned about having missed from this year. I've seen parts of Midnight Cowboy, but slept through most of it. I've had it on VHS for a decade and never gotten around to it. 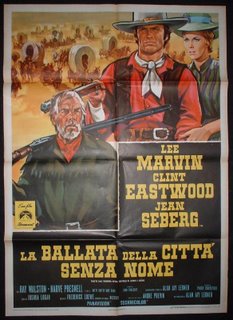