This might be the best year yet, at least the top 4 movies I've seen is as good as any year so far, and there's a whole lot of movies I haven't seen that are supposed to be really good as well. 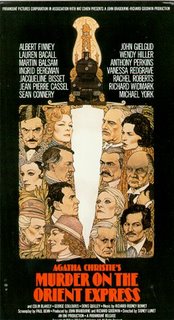 11. The Man With The Golden Gun - Totally forgettable James Bond film from the Roger Moore years.

10. Herbie Rides Again - Mediocre sequel to The Love Bug, another movie I don't remember much about.

9. Lenny - Dustin Hoffman gives a very good performance in this otherwise dull biopic about the influential comedian Lenny Bruce. Like most biopics, I guess, the lead performance is much better than the actual film.

8. Murder On The Orient Express - Like the other all-star Agatha Christie adaptation of the 70s (Death On The Nile, #12, 1978) this is a fine adaptation of a very good book. But it's not really anything more than that. Once you know whodunnit, all there's left to enjoy is trying to name all the famous people in the film since they're significantly older than they were when they were first famous. Anyway, Sidney Lumet directs Albert Finney. Lauren Bacall, Ingrid Bergman, Jacqueline Bisset, Martin Basalm, Sean Connery, John Gielgud, Anthony Perkins, Vanessa Redgrave, Richard Widmark and Michael York.

7. That's Entertainment! - Remember when sitcoms used to fill time in a season by running a show full of clips from previous episodes? Well, this is like one of those, only for MGM musicals. It's not an especially insightful documentary., but there's a whole lot of great sequences.

5. The Parallax View - One of the more successful paranoid political thrillers. Warren Beatty stars as a journalist trying to figure out why reporters who were present during an assassination are also dying. A weird, creepy little film.

4. The Conversation - Even more paranoid is this Francis Ford Coppola film about an audio technician that can't communicate with real people. He becomes obsessed with a conversation he was hired to record, and whether or not it's evidence that a crime is going to be committed. Also stars John Cazale, Teri Garr, Harrison Ford, and Cindy Williams. Most Coppola films are bombastic and oversized, this, however, is small and claustrophobic. 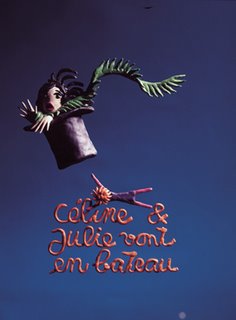 3. Celine And Julie Go Boating - A late classic of the French New Wave is this bizarre Jacques Rivette film about two women who become mixed up in a haunted house. The go in the house and become characters in a kind of 19th Century melodrama (this story within the story has a great title: Phantom Ladies Over Paris).I think it's not available on DVD here, which is a crime.

2. Chinatown - Roman Polanski's noir classic about how Los Angeles was turned into a major city is a little overrated, probably, but is nonetheless a great film. Jack Nicholson plays the bottom of the barrel private detective that gets mixed up in a case involving murder, missing water, Faye Dunaway, John Huston and a whole lot more. The metaphor of the title is ridiculously perfect.

1. The Godfather Part II - I've always preferred it to the first one, though both are great, of course, for a couple of reasons. First is the whole Robert DeNiro storyline. Not only his he great in the role, but I love the look and period detail of the Lower East Side scenes. Second is Lee Strasberg, the famous acting teacher, who plays Hyman Roth (what a name!), the Meyer Lansky based character in the other half of the film. There is, of course, so much else to love in the film: Fredo getting the kiss of death and John Cazale's great performance, Diane Keaton being as mean as she can to her husband, and Al Pacino's gradual transformation into truly heartless malevolence.


Like I said, there's a lot of reportedly great movies I haven't seen from this year:

Hearts And Minds
The Mystery Of Kaspar Hauser 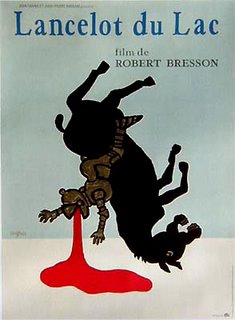