Can't say I've been in much of a writing mood lately. I've pretty much felt more incoherent than usual over the last month. I blame the rain (27 straight days and counting as of yesterday!). Anyway, I finally finished 2001 and got that posted, and here's a quick post to show what I've been doing for the last month:

Sports: I won my fantasy football league, and two whatifsports World Series with the 2005 Mariners. And the Seahawks won a playoff game yesterday for what I'm pretty sure is the first time since 1988. They're no the favorites to get to and actually win the Super Bowl. 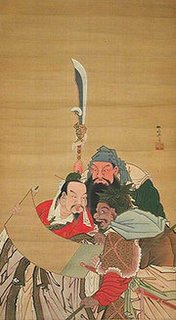 Books: I read Lonesome Dove, a book that had been repeatedly recommended to me for years and, of course, lived up to the hype. It's the only Western I've read, though I imagine I'l eventually get around to reading it's sequel and two prequels. My biggest complaint: no map. Even better than the TV miniseries, which I rated as the 22nd best film of 1989. I'm now in the middle of reading Three Kingdoms, the epic Chinese proto-novel that's kinda of the Chinese version of Illiad. I'm also playing the 10th version of the video game based on the book, Romance of The Three Kingdoms, the first version of which I played excessively on the original Nintendo many many years ago. It's terrific, I'm actually liking it better than the Illiad, which is saying a lot. It's ridiculously long (about 2000 pages all together) but the narrative moves along so quickly and the story is told with such economy that it's never slow or boring. It's like a serial that keeps going and going for decades. 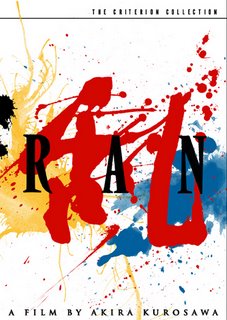 some more Johnny Cash and the Anthology of American Folk Music I mentioned in my review of Greil Marcus's book about The Basement Tapes. I'll have more on these eventually when I get around to making an Albums Of The Year post for 2005.

Video: I spent the last month buying a lot of DVDs, finally getting around to trying to build a collection. There's too many to list in detail here, some of the highlights are a great Woody Allen Collection, all 3 kung fu art movies (Crouching Tiger, Hero and House Of Flying Daggers), the extended Return of The King (completing my collection), the complete Alien collection, and the first two seasons of Newsradio. I also found a great site online that offers tremendous deals on Criterion Collection films (dvdplanet.com) and I've got Ran and The Red Shoes on the way from them for what I would have paid for just one of them at Barnes & Noble or Best Buy.
Posted by Sean Gilman at 6:11 PM