A sizable 58 movies this year, including some of the very worst films I've ever seen. The top of the list is cluttered with some personal favorites; there's not a lot of consensus great films this year, though there are quite a few good movies. 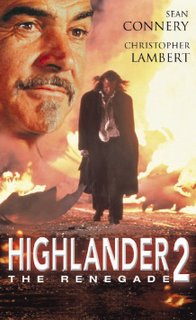 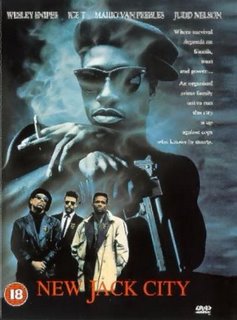 15. Flirting - Largely unknown, this Australian film is mostly noted for starring Nicole Kidman, Thandie Newton and Noah Taylor (and Naomi Watts has a small part). It's a smart, well-made little film set in about an interracial romance at a boarding school. I was surprised to learn that Nicole Kidman was in this after Days of Thunder and Dead Calm, in which she plays adults. I wonder if this was filmed first and just released later or what.

14. What About Bob? - It's become overrated as time as passed, but the story of the worst doctor/patient relationship ever is still pretty good. Bill Murray and Richard Dreyfuss give acceptably over-the-top performances. Julie Hagerty from Airplane! and Charlie Korsmo from Hook, Dick Tracy and the Republican Party co-star. Directed by Yoda. 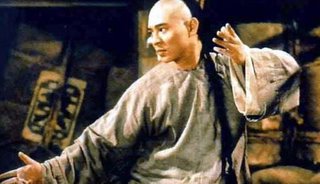 13. Once Upon A Time In China - The first Jet Li film to appear on any list is also one of his best. Wong Fei-hung has been the main character in a lot of Hong Kong movies (notably Jackie Chan's Drunken Master II), but Li's portrayal in the Once Upon movies seems closest to what I know of the actual Wong. . .with wire stunts. Directed by Tsui Hark, whose name I will never be able to pronounce correctly, despite years of trying.

12. Night On Earth - How can you not love a Jim Jarmusch movie starring Winona Ryder? That's right, you can't. It's really a series of short films, set in taxi cabs in five different cities around the world. We get Ryder and Gena Rowlands in LA, Giancarlo Esposito, Rosie Perez and Armin Mueller-Stahl in New York, Roberto Benigni in Rome and unknowns (to me at least) in Paris and Helsinki. Benigni's is the funniest, the one in Helsinki is the most touching, but each sequence is very good. A great blend of comedy and melancholy.

11. My Own Private Idaho - Shakespeare's Henry IV, set among male prostitutes in Portland with Keanu Reeves in the Prince Hal role and River Phoenix as the narcoleptic who's in love with him. It's actually stranger than it sounds. Stranger still, it all works. One of the best performances of Phoenix's career, and probably the best Gus Van Sant movie (it might be Drugstore Cowboy instead. Definitely not Good Will Hunting.)

10. The Fisher King - A combination of talk radio and Monty Python And The Holy Grail? A Terry Gilliam film which seems to be overlooked nowadays, though it was quite popular among critics at the time. Robin Williams gives a great performance as the Professor turned crazy homeless guy who gets Jeff Bridges broken-down shock jock to help him quest 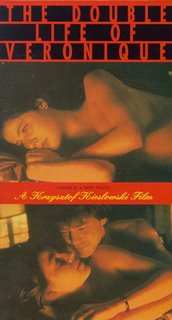 for the Holy Grail. I avoided watching it for a long time thinking there'd be a bunch of preaching about homelessness. There isn't at all. It is a Terry Gilliam movie, after all.

9. The Double Life Of Veronique - It's kind of a warm-up to his Three Colors Trilogy, but this Krzysztof Kieslowski film is as good as any of them. Irene Jacob (Red, Othello) stars in the dual role as a Parisian and a Pole who may or may not be the same person, or are two halves of one person, or just happen to look a lot alike. Like the other Kieslowski films, it's beautiful and mysterious and worth watching again and again. It's not nearly as difficult as my plot description makes it seem. It doesn't appear to be on DVD; a travesty.

8. Barton Fink - The Coen Brothers first really big critical acclaim came for this very dark comedy which won the top prize at Cannes. Fitting in that the film is a satire of the kind of people who vote to give awards at Cannes. John Turturro's fantastic as the snobby playwright who thinks very highly of himself despite a severe case of writer's block when he moves to Hollywood. John Goodman plays the Common Man that Turturro thinks he's dong so much to help with his socially conscious plays. John Mahoney, Judy Davis, Michael Lerner, Steve Buscemi, Jon Polito and Tony Shaloub costar. For the second straight movie in a row, the Coens made an atmospheric, picture-perfect 1930s-era film. 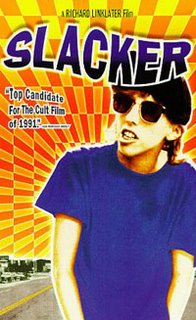 7. Slacker - Richard Linklater's first film is an experiment that actually works as the film is a series of short scenes over a 24 hour period in Austin. The trick is that the camera follows one scene for awhile, then trails off to follow a passerby for awhile, then wanders off through a nearby door and so on, connecting all of the characters and, by extension, the whole town. Some of the stories are better than others, of course, but none are really bad. My favorites are the very old anarchist who catches someone robbing his house and gives him a lecture on political science, the women hanging out on their driveway who give passersby cards with clever sayings like "To withdraw in disgust is not the same as apathy" (quoted by Michael Stipe in "What's The Frequency, Kenneth?"), the first scene in which Linklater himself describes a weird dream he had to a wholly uninterested cab driver, and a JFK-conspiracy nut trying to impress a girl in a bookstore. One of my favorite films in high school.

6. Bugsy - The best Barry Levinson movie ever, probably. Great performances by Warren Beatty and Annette Benning in the lead roles. Good supporting performances from Ben Kingsley, Harvey Keitel and Elliot Gould. The very pretty images and period detail overcomes any problems one might have with the story (I've never quite understood why she stole all that money, or why they killed him instead of her. I know what they think the explanation is, I just don't buy it.)

5. Silence Of The Lambs - A very good thriller, though Anthony Hopkins performance is very overrated. He's good, but not all-time great good. Jodie Foster is really outstanding though. As is Scott Glenn. Problem is that Lecter is the really interesting villain. The actual bad guy, Ted Levine's Buffalo Bill is too over-the-top to be taken as seriously. This makes the end kind of anti-climactic. Still, it's about ten thousand times better than it's sequels.

4. JFK - Yeah, a lot of it is fiction. But, if you pretend it isn't, then this is a really great movie. Even if you ignore the subject matter entirely and just watch it for the performances and the images, it's tremendous. This was the peak of Oliver Stone's Oliver Stone-style. Lots of cuts, shifts from color to black and white, a cast of thousands, shifts back and forth in time, it's all here and it all works. It's not too much as in Natural Born Killers or out of place as in Nixon. A key film for the Kevin Bacon Game, it stars: Kevin Bacon, Kevin Costner, Tommy Lee Jones, Gary Oldman, Joe Pesci, Jack Lemmon, Walter Matthau, Donald Sutherland, Sissy Spacek, Laurie Metcalf, Wayne Knight, Michael Rooker, Brian Doyle-Murray, Bob Hoskins, Vincent D'Onofrio, Ed Asner, Dale Dye, Frank Whaley, John Larroquette, Ron Rifkin and John Candy.

3. Hearts Of Darkness: A Filmmaker's Apocalypse - If it is possible for a making-of documentary about a great movie to actually be better than that great movie, then this is it. Francis Ford Coppola's wife filmed the insanity around the shooting of Apocalypse Now: the drugs, the typhoons, the heart attacks, casting changes, overweight millionaire actors who don;t bother to learn their lines, the inability of the director to come up with an ending. It's amazing that a movie came out of this at all, let alone one of the great movies of all-time. The documentary is always fascinating. My favorite parts are when Coppola gets Martin Sheen drunk and makes him talk about his mom (who killed herself) then films his nervous breakdown, imaging Harvey Keitel in the lead role (he was originally cast in the Martin Sheen part), and Coppola's famous quote about the film at the Cannes Film Festival, "My movie is not about Vietnam... my movie is Vietnam. There were too many of us, we had access to too much equipment, too much money, and little by little we went insane." 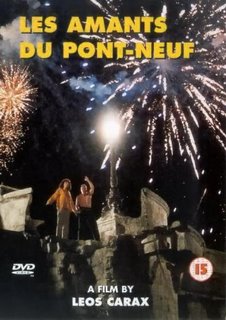 2. Les Amants Du Pont-Neuf - Probably the most obscure high-ranking film on any list so far. Stars Juliette Binoche as a woman who's going blind who hangs out with a fire-eating homeless guy (Denis Levant) on a famous bridge in Paris. The film starts with harshly realistic portrayals of homelessness and gradually becomes more and more lyrical and beautiful and romantic. I guarantee it's not like any movie you've seen before. The director, Leos Carax, is a bit of a nut, as far as i know, he's only made four movies, and I've only seen two of them. This wasn't released in the US until it got Miramaxed in 1999 (under the idiotic title "Lovers On The Bridge"), we played it at the theatre I was working at at the time, which was how I saw it.

1. LA Story - Speaking of romantic movies, this is one of my all-time favorite romantic comedies, and easily the best Steve Martin movie ever. Martin plays a wacky weather man who falls in love with a tuba-playing British reporter (while dating Sarah Jessica Parker and is saved by Shakespeare and a sentient freeway traffic sign. Victoria Tennant, Martin's wife at the time, plays the tuba player. Richard E. Grant is terrific as her ex-husband. Marilu Henner, Patrick Stewart, Rick Moranis, Woody Harrelson, Kevin Pollack, Iman, George Plimpton also appear. Steve Martin's spent his entire career showing that you can be really smart and really silly at the same time. In LA Story, he gets it exactly right.

I've owned a VHS of Raise The Red Lantern for almost a decade now, I even watched parts of it once while writing a paper. It looks like a great movie, but for some reason, it remains one of The Unseen: 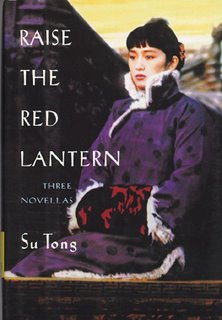