So, to jump right back in with 1982. It's not a particularly great year at the top, but there's some real good depth here.

15. Diner - A key film for the Kevin Bacon game, as he costarred with Mickey Rourke Ellen Barkin, Steve Guttenberg, Daniel Stern, Paul Reiser and Tim Daly. I always found it a little forced and boring. Too much of an attempt to create a nostalgia movie.

14. The World According To Garp - A weird little movie based on a weird little book. Robin Williams is pretty good. So are John Lithgow and Glenn Close. Directed by George Roy Hill, who also did Butch Cassidy and The Sundance Kid, The Sting and Funny Farm.

13. 48 Hrs. - Often credited with creating the black/white buddy cops genre, so we should all be thankful for that. This was back when Eddie Murphy was funny, so it's pretty good. Nick Nolte's great. Directed by Walter Hill, who also did The Warriors, Brewster's Millions and Red Heat.

12. Tootsie - One of my picks for Most Overrated Movie Of All-Time. Its got one not especially funny joke (Hey Look! It's Dustin Hoffman in a dress!! guffaw!), Jessica Lange is awful, and it's really just boring. I've seen it a few times and have no idea what all the hubbub is about.

11. An Officer And A Gentleman - Richard Gere actually gives a pretty good performance. It's hard to judge Lou Gossett Jr.'s, though, because he's basically playing Generic Drill Sergeant Guy. It isn't like he invented the character either: there's a GDSG in Stripes just a year earlier. Was Sgt. Hulka the first GDSG? Director Taylor Hackford also directed Ray, Dolores Claiborne and The Devil's Advocate. 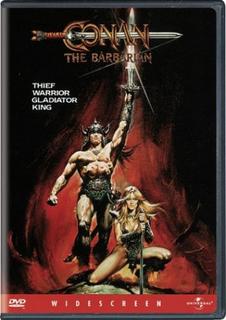 10. Sophie's Choice - Worth watching for the good performances by Kevin Kline and Peter MacNicol, and, uh, that Streep woman is OK too. A pretty depressing movie, actually. Kline seems a little too over the top, but then he's supposed to be, I guess. I don't know, the whole Holocaust part of the story never really worked for me. But I'm not a big fan of depressing movies. I wonder if it worked better as a book. . .

9. Conan The Barbarian - A great looking, very violent movie. Probably would have worked better as a silent film, in fact. Though there is one great line. Max von Sydow and James Earl ones star, along with The Governor. Written and directed by John Milius, who wrote a version of Apocalypse Now, wrote and directed Red Dawn and is know working on the HBO series Rome.

8. Airplane II: The Sequel - More of the same. Not as good as the first one, of course, but very funny nonetheless. Written and directed by Ken Finklemen, the man responsible for Grease 2 and Who's That Girl?

7. The Secret Of NIMH - One of my all-time favorite kids movies. Doesn't have any of those dumb songs that the Disney movie does. The comic relief from Dom DeLouise is pretty bad, but everything else in the movie is outstanding. It's dark for a kids movie, but has a terrific ending. I always liked the darker cartoon movies when i was a kid, didn't everyone? Derek Jacobi plays the leader of the Rats, and Wil Wheaten and Shannon Doherty are two of the children.

6. Star Trek II: The Wrath Of Khan - One of the few movies that's able to be campy and legitimately good at the same time. KHAN! is silly, but Spock's last scene is nonetheless, heartbreaking, I think this must be the best Shatner ever got. the special effects are great. It's got Kirstie Alley, back when she was hot. That guy who played Shatner's son, though, he's terrible. Obviously the best Star Trek movie. It really isn't close.

5. Fast Times At Ridgemont High - It gets bonus points for creating a genre. An amazing cast: Sean Penn, Jennifer Jason Leigh, Judge Reinhold, Phoebe Cates, Forest Whitaker, and Ray Walston, with Eric Stoltz Anthony Edwards and Nicholas Cage on-screen briefly. Drags in the middle because the guys who play mark Ratner and Mike Damone, the two main characters through much of the film, are really not very good. All the scenes without them in it, especially Penn's definitional performance as the stoner/surfer guy, are exceptional. Amy Heckerling went on to direct European Vacation, the Look Who's Talking movies and Clueless. The screenplay's by Cameron Crowe, based on his book.

4. Gandhi - I'm not a big fan of biopics in general, or of the ridiculous amount of praise that actors get for impersonating other famous people. But this is a very good biopic, and Ben Kingsley is very good as Gandhi. It leaves out pretty much all of Gandhi's personal life, thank god, an focuses almost exclusively on the politics of India's move toward independence, and then civil war over it's eventual partition into India and Pakistan. Seeing this movie won't do a damn thing for world peace, despite what director Richard Attenborough said at the time, but it is very good. Also appearing are John Gielgud, Martin Sheen, Candace Bergen Trevor Howard and John MIlls, but it's really all about Ben Kingsley.

3. Blade Runner - Alright, I know I've said here, and elsewhere, that I hate Blade Runner, and I still do. But that doesn't mean it isn't a very good movie. It's an amazing looking film, one of the most visually stunning movies of the decade. It basically invented the sci-fi/noir film genre hybrid. Harrison Ford gives a great performance, along with Rutger Hauer. Sean Young and Darryl Hannah aren't particularly annoying, as they tend to be. It's an extremely well-made film, that unfortunately, happens to not make any sense whatsoever. Everything is fine up until the end, basically, when Ridley Scott decides he wants to be philosophical, then he simply turns into a babbling idiot. (Can't really get too specific here, without giving anything away). I've seen Blade Runner a lot, at least three different versions of it. It never works. So here's what I'm a-gonna do: I'll add it to the Netflix queue and give it one more chance. I've said this many times before, and I've always been disappointed. But, what the hell, it's still a great looking movie.

2. E.T. The Extra-Terrestrial - Speaking of great looking movies, this might be Spielberg's most visually impressive film. It's a very simple, sentimental story, a pretty thin exploitation of all those kids with divorced parents, in fact (absent parents are a major theme in Spielberg's filmography). But the look and style of the film, and the terrific performance by Henry Thomas, that makes it a classic. I loved this movie when I was a kid, I can't imagine any human child not liking it. I watched it for the first time since I was young a few years ago, and loved it just as much, though with more of an appreciation of the simple prettiness of the images.

1. The Verdict - Tough call among the Top 3 this year, as any one of these movies has a legitimate case to be #1, but The verdict never seems to get any press, and it really is a great movie. Paul Newman is outstanding as a broken down drunk of a lawyer who sues a Catholic Hospital for negligence after the death of a patient. There's a lot of movies about people looking to redeem themselves by winning that one case, or saving that one patient, or winning that one big game, but this is one of the really good ones. Once again, I find I'm constrained by the fact that I know how it ends. . . suffice it to say that you should see it if you haven't. Also stars Charlotte Rampling, who isn't in a lot of movies, but is great in the ones I've seen (this and Stardust Memories, Jack Warden, Milo O'Shea, Lindsay Crouse, and James Mason (Julius Caesar, Lolita, North By Northwest). Directed by Sidney Lumet, one of the great underrated directors of all-time (Dog Day Afternoon, Serpico, Network, Night Falls On Manhattan, 12 Angry Men, Long Day's Journey Into Night). 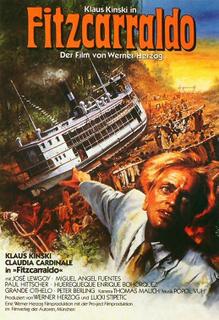 Missing
Night Shift
The Thing
Poltergeist
Personal Best
Come Back To The Five And Dime, Jimmy Dean, Jimmy Dean
The Return Of Martin Guerre
The Man From Snowy River
The Year Of Living Dangerously
Victor/Victoria
Annie
Fanny And Alexander
Porky's
The Toy
My Favorite Year
A Midsummer Night's Sex Comedy
Posted by Sean Gilman at 1:38 AM