Lots of bad movies in 1989, as apparently I'd watch anything that happened to have a theatrical release. Still, some pretty good ones at the top. 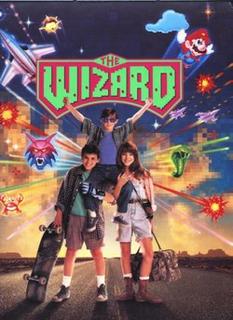 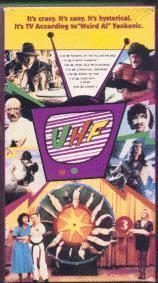 15. Mystery Train - Weird little Jim Jarmusch movie, and yes, that is redundant. Japanese tourists who prefer Carl Perkins to Elvis, Steve Buscemi, Screamin' Jay Hawkins and Joe Strummer congregate in a Memphis hotel. A trio of simultaneous stories, all centered around the hotel. A gem.

14. Fabulous Baker Boys - A very cool movie. Great performances from both of the Bridges brothers, and of course, Michelle Pfeiffer. Cool characters, cool music, cool dialogue, cool directing. The writer-director Steven Kloves hasn;t directed anything else of note, but he did write Wonder Boys and the first four Harry Potter movies.

13. Drugstore Cowboy - Gus Van Sant's first movie is probably still his best, though I haven't seen any of his post-Psycho ultra-minimalist films. Matt Dillon and Kelly Lynch are drug addicts who travel around committing crimes. Then Dillon goes straight and meets William S. Burroughs. Somewhere along the line, they meet Heather Graham (fresh from her outstanding performance in 1988's License To Drive). Not as weird as My Own Private Idaho, which helps make it a lot more compelling. 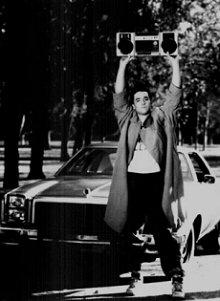 12. Say Anything - Cameron Crowe's debut film as a director. I think it's a bit overrated. The simple fact is that every scene that revolves around John Cusak's Lloyd Dobler is outstanding, but the subplot about Ione Skye's father's legal troubles just is not that interesting. John Mahoney's good as the dad, it's just that this should be a movie about Lloyd, a truly classic character and performance. Lili Taylor is also good as Lloyd's Ducky. I was never a big Ione Skye fan. Lloyd could have done better.

11. Dead Poets Society - Everyone loved this movie at the time, but it really can't rate any higher than this on anything more than nostalgia. Ethan Hawke's character is underdeveloped, Robin Williams lapses too often into stand-up, the whole plotline of Robert Sean Leonard killing himself because Red Foreman won't let him be an actor (a thinly disguised allegory for "he's gay! gasp!") is just plain silly, not to mention Williams getting fired over it. The actors are all very good though, I still think Knox Overstreeet's plotline is the best part of the movie, and you really can't help being a sucker for all the melodrama: the classroom scenes with Hawke and Williams, especially the last one, are great. But profound it is not, unless you happen to be in the 7th grade.

10. The Abyss - The best James Cameron movie set in or on the water. Crew of an undersea research center (think SeaLab 2020) gets lost because of a hurricane. As they try to repair their station and get back to the surface, Marine Michael Biehn (in another great performance for him in a Cameron movie) goes nuts and decides to set off some nukes. Then they discover the aliens. Great stuff. Mary Elizabeth Mastrantonio does a decent ripoff of Sigourney Weaver's Ripley character, but Ed Harris is the star of the movie for me. One of my favorite of his performances. Chris Elliott also stars. See the long version, without a doubt.

9. Batman - Important film, to be sure, but definitely overrated. Kim Basinger is truly awful, Jack Nicholson comes perilously close to going too far over the top, and did anyone ever really think Michael Keaton was a good Batman? Anyone? Making the Joker into the guy who killed Batman's parents was lame. Still, a great looking movie, even if it is mostly a Blade Runner rip-off. 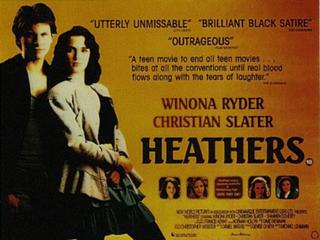 8. Heathers - Greater than any John Hughes teen comedy, to be sure. It's been often imitated over the last 15 years, but only Election has come close to matching it's high school black comedy nastiness. Winona Ryder and Christian Slater kill off a bunch of popular kids, first by accident, then out of psychosis. Great fun. Best line: "I love my dead gay son!"

7. Roger & Me - Even the people who irrationally hate Michael Moore have to respect this movie. It's not my favorite of his, I think he comes to close to outright mockery of the poor victims of General Motors, when the people he should be targeting are the rich people, not the folks just trying to survive. But still, it revolutionized non-fiction film, a revolution which is still ongoing, as you can tell by the reaction to his last two films (How can it be a documentary?? It has
Posted by Sean Gilman at 3:26 AM